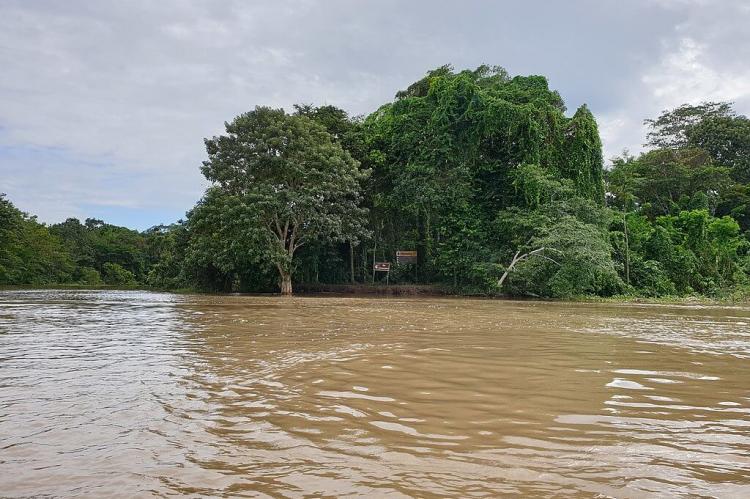 The National Park is home to a multitude of bird and mammal species and well as more than 5,000 species of plants. Its forests, characteristic of the Amazon region, house the largest diversity of primates in the world. There are 468 recorded species of birds, 11 species of herons and 150 species of aquatic mammals, which include the Amazonian manatee and the river dolphin.

Amacayacu National Park encompasses 293,500 ha (725,254 acres) of Amazon Rainforest within the southern portion of the department, south of the Putumayo River, which is often called the "Amazon Trapeze" or "Amazonian Trapezoid." The area includes the triple border of Colombia, Peru and Brazil. It also contains Colombia's access to the Amazon River and the capital of the department, the port city of Leticia.

The park's elevation varies from approximately 0 - 300 m (0 - 1,000 ft) above sea level. A significant portion of the park area is flooded annually by the Amazon River during the wet season. Temperatures in the region vary only slightly on an annual basis and average 26 to 28 °C (78.8 to 82.4 °F).

The Amazon region has two clearly differentiated high water and low water seasons. The region´s rivers dramatically fluctuate in volume and water level during the year. The lowest rainfall occurs June through November and the highest from December through May.

In September, the dry season, the riverbanks are bare. As rain increases, the river´s water level reaches 10 m (32 ft) of flood stage during the month of May. The upper forest canopy in the park varies between 30 and 50 m (98 and 164 ft) in height.

The Ticuna people currently inhabit a portion of the park. San Martín de Amacayacu is an indigenous Ticuna settlement deep in the rain forest.

Southwest of the park is the village of Puerto Nariño. It has about 6,000 residents and most of them are indigenous. The city is entirely pedestrian, no car or motorcycle being allowed. It offers a viewing tower as well as hiking trails.

Amacayacu National Natural Park is accessed by boat from the city of Leticia. Nearby, Lake Tarapoto is known for its pink dolphins.