The Tapajós is a major river in Brazil that runs through the Amazon Rainforest and is a major tributary of the Amazon River. Formed by the union of the Juruena and Teles Pires rivers, it is one of the largest clearwater rivers in the Amazon Basin. 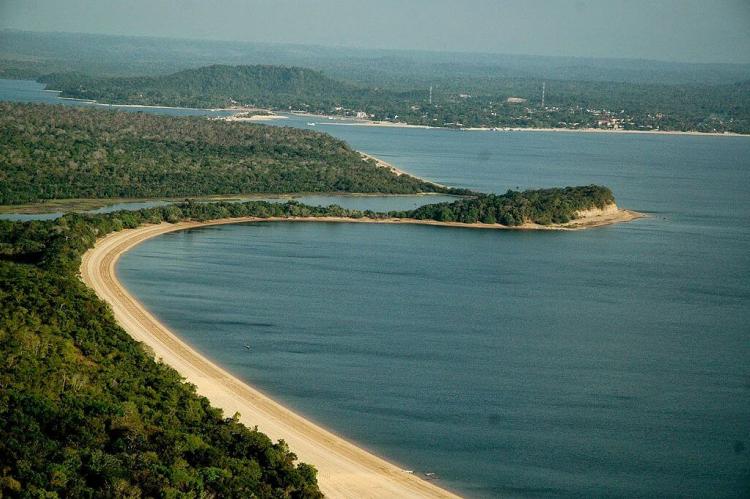 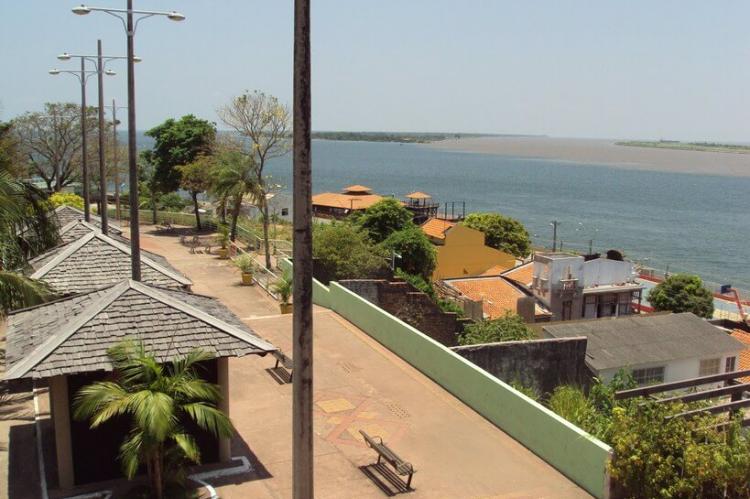 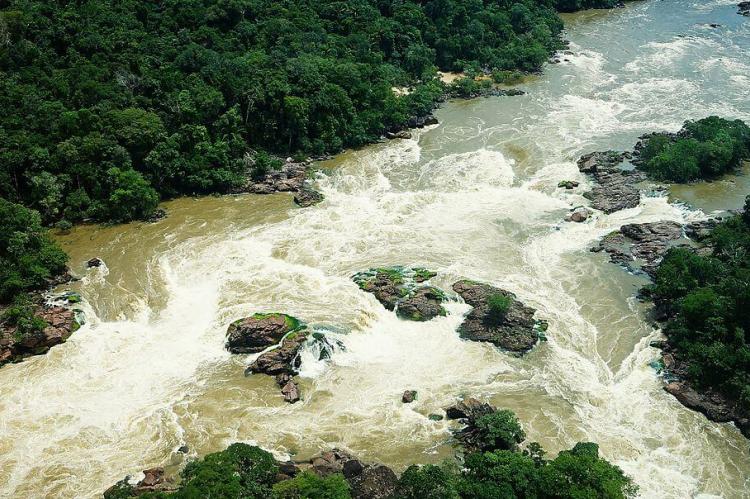 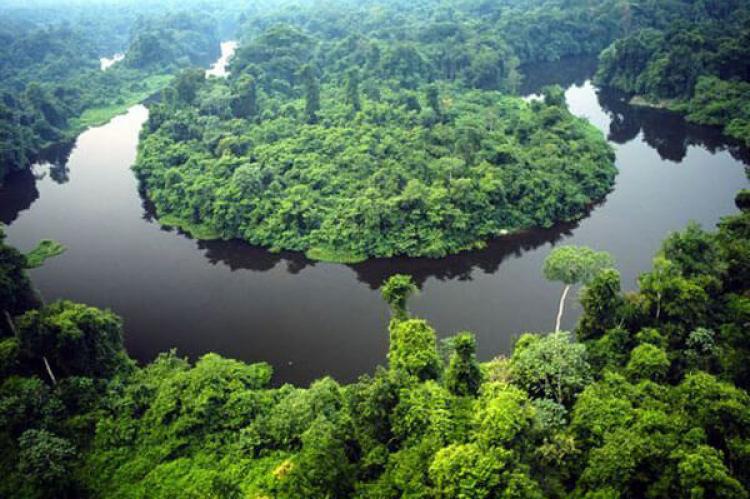 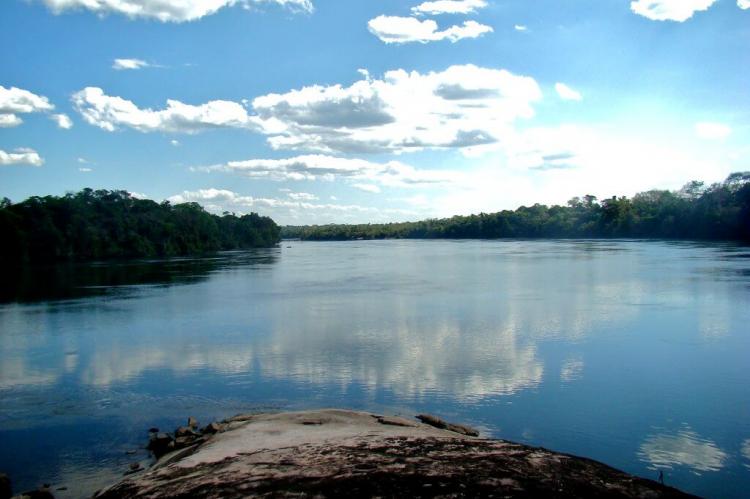 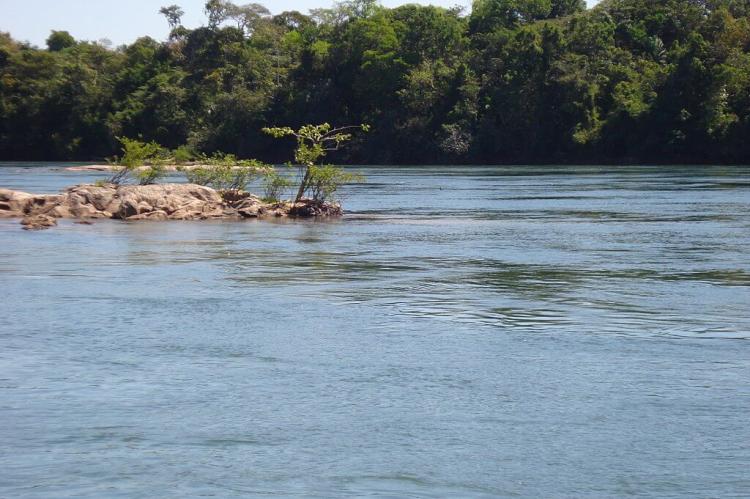 The Tapajós is a major river in Brazil. It runs generally north/northeast through the Amazon Rainforest and is a major tributary of the Amazon River. It is formed by the union the Juruena and Teles Pires rivers. One of the largest clearwater rivers, it accounts for about 6% of the water in the Amazon Basin.

The river flows north-northeastward approximately 650 km (400 mi) through the Mato Grosso plateau before it empties into the Amazon River just past Santarém. However, when combined with the Juruena River, the Tapajós is approximately 2,080 km (1,290 mi) long. 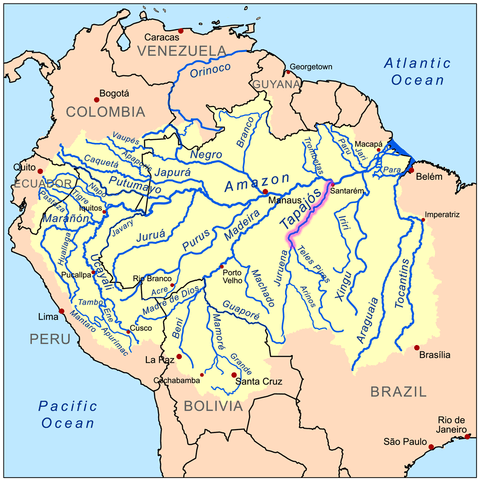 The Tapajós Basin is the fifth largest tributary basin in the Amazon and covers approximately 492,000 sq km (190,000 sq mi). More than 95 percent of the basin is divided between the states of Mato Grosso and Pará.

The Tapajós Basin encompasses approximately 7 percent of the Amazon Basin. It lies mostly on the Brazilian Shield and within the Amazon Rainforest zone.

The basin is home to rich and diverse habitats, with two-thirds rain forest and one-third Cerrado, or Savanna. Home for well over 300 identified species of fish, the region ranks within the top 25 percent for global importance of rare land and water species.

The Teles Pires River (also called the São Manuel River or São Manoel River) is a river in central Brazil that originally rises as the Paranatinga River in the Serra Azul (the Amazon-Paraguay river divide) in central Mato Grosso state and flows generally north-northwestward, where it joins the Juruena River to form the Tapajós River, a major tributary of the Amazon River.

Its 1,400-km (870-mile) course is frequently interrupted by falls and rapids.

The Juruena is a 1,240-km (770-mi) long river in west-central Brazil, in the state of Mato Grosso. The river originates in the Parecis Plateau. For the last 190 km (120 mi) of its lower part, the river becomes the border between the states of Mato Grosso and Amazonas.

The Juruena finally joins the Teles Pires River to form the Tapajós River. The Juruena is not navigable due to its many waterfalls and rapids. It is known for the Salto Augusto Falls.