Cabo Orange National Park is located in Amapá state, on the coastline of northern Brazil and close to the border with French Guiana. The park is characterized by flooded grasslands, unique in the Amazon region, as well as by mangroves, which act as "fish nurseries." 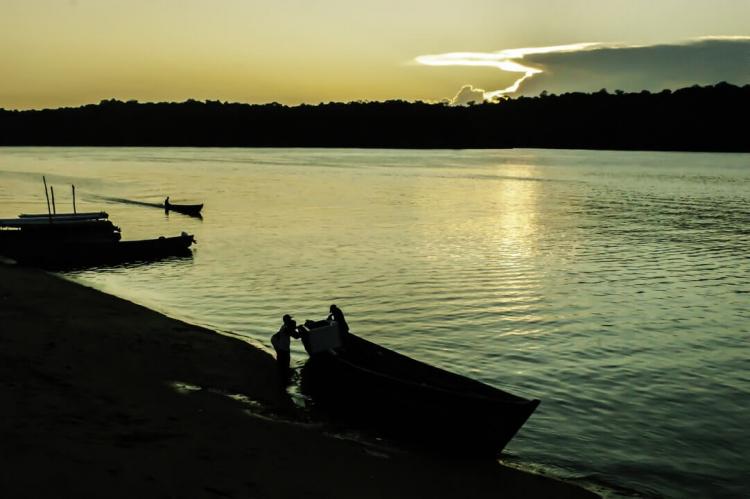 Cabo Orange National Park is located in Amapá state on the coastline of northern Brazil, within the municipalities of of Calçoene and Oiapoquein and close to the border with French Guiana.

The National Park is bordered by French Guiana to the north; the Uaçá and Juminã indigenous lands and, in a short stretch, the Vila Velha Settlement Project, to the west and the Atlantic Ocean to the east.

Cabo Orange National Park is characterized by periodically and permanently flooded grasslands, unique in the Amazon region, as well as by its mangroves, which act as "fish nurseries" and are vital for the maintenance of some of Brazil's most important fisheries.

The basic objective of the National Park is for the preservation of natural ecosystems that are of great ecological relevance and scenic beauty. The designation enables the conduct of scientific research, the development of educational activities and environmental interpretation, recreation in contact with nature and eco-tourism.

Cabo Orange National Park adjoins the Amapá State Forest, a sustainable use conservation unit, established in 2006 and which covers 2,369,400 ha (5,855,000 acres). The park is part of the Amapá Biodiversity Corridor, created in 2003. The park is supported by the Amazon Region Protected Areas Program.

The park is rich in biodiversity and supports globally threatened species. To date, 358 species of birds, 19 species of plants and 54 species of mammals have been identified here.