Tambopata National Reserve of southeastern Peru is a massive subtropical rain forest reserve with forested hills, plains, swamps, oxbow lakes and meandering rivers. Its great wildlife diversity is due to its location at the confluence of lowland Amazon forest with three other ecosystems. 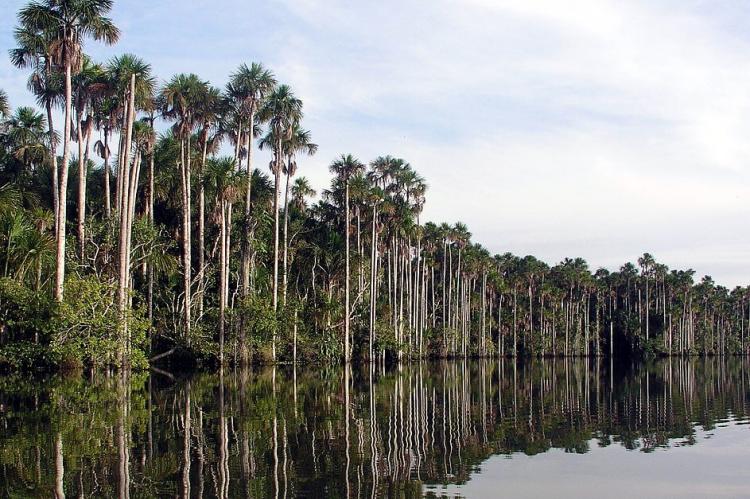 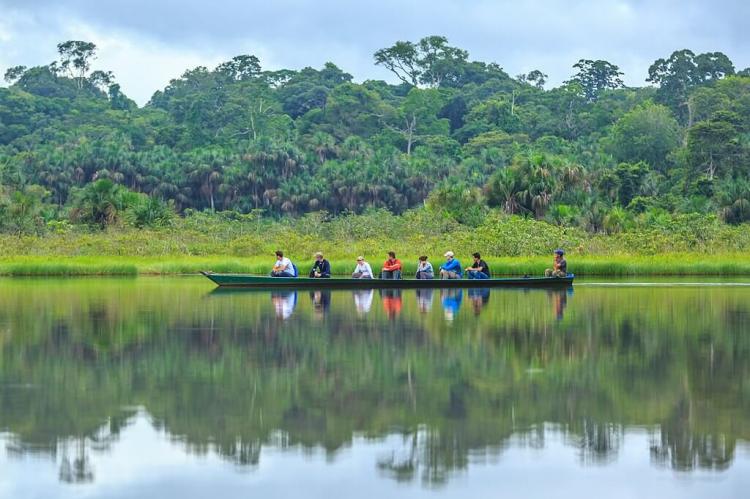 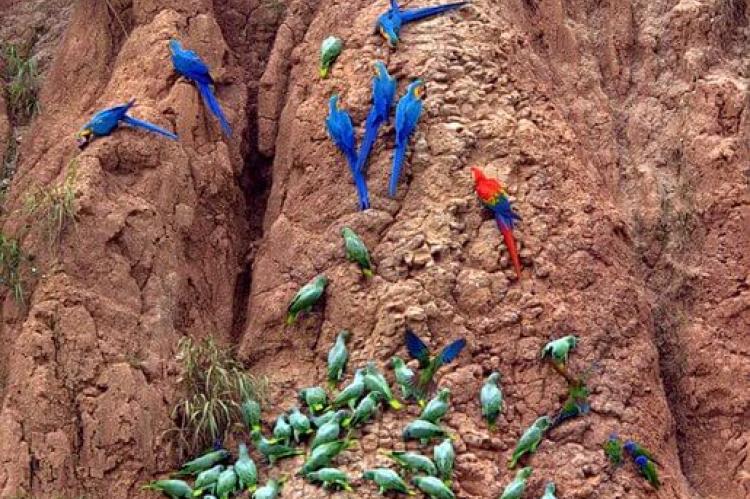 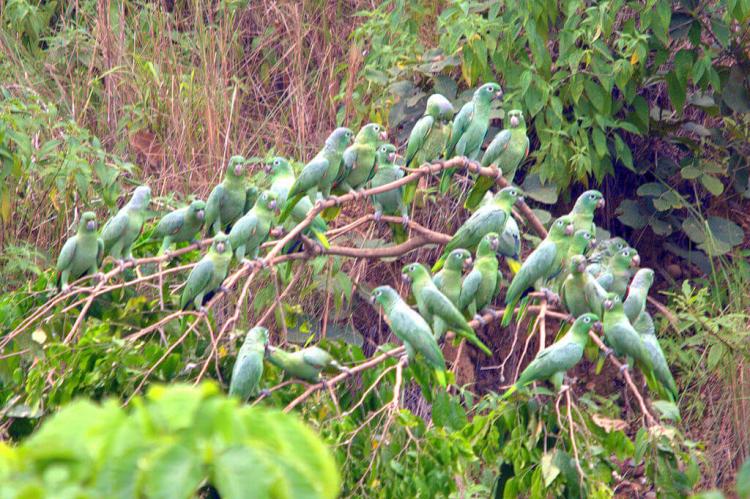 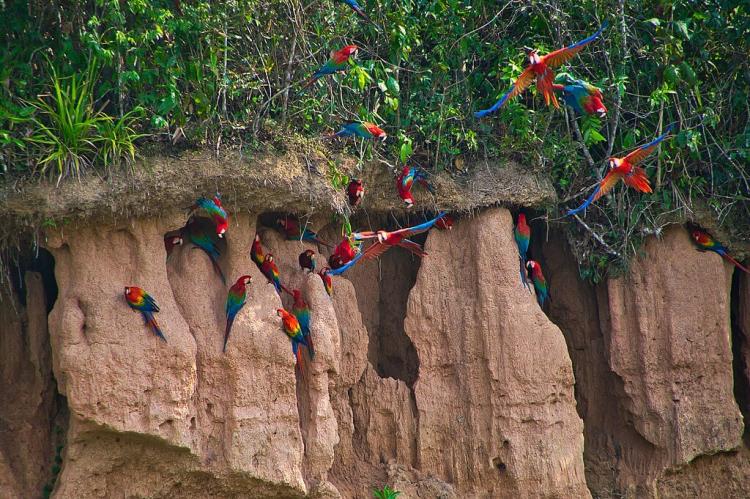 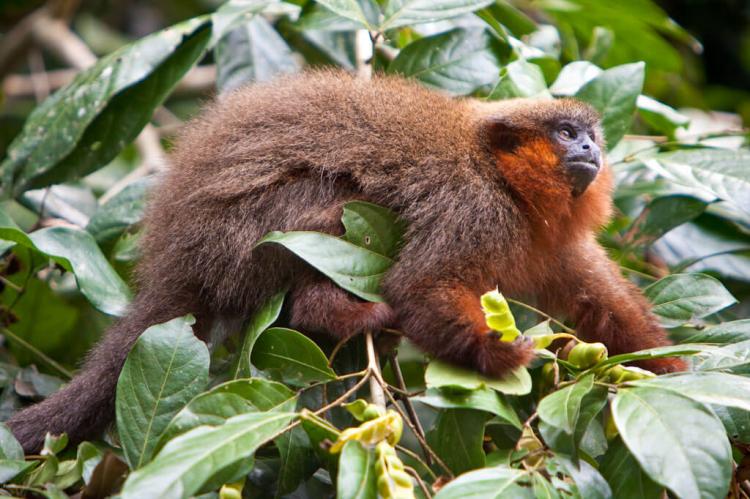 The Peruvian government prohibited hunting and logging in the area in 1977 and created the Tambopata-Candamo Reserve Zone in 1990. In 2000, the 274,690 ha (678,773 acre) reserve became the Tambopata National Reserve.

Tambopata National Reserve was established in order to protect and preserve the ecosystems of the tropical rain forest and to promote the sustainable use of forest resources by the Ese Ejja and Pukirieri native peoples who inhabit the buffer zone surrounding the reserve.

The reserve borders Bolivia in the east and the Bahuaja-Sonene National Park in the south. It is also part of the Vilcabamba Amboro wildlife corridor which extends into Bolivia.

The main water courses that flow through the reserve include the Tambopata, Malinowski and Heath rivers. Elevations range from 200 - 400 m (650 - 1,300 ft) asl.

The annual mean temperature in the area is 26 °C (79 °F), with a range between 10° (50 °F) and 38 °C (100 °F) . The lower temperatures are caused by cold winds of antarctic origin which occur in June and July. The rainy season occurs between December and March.

The Tambopata macaw clay lick (Collpa de Guacamayos), found here, is one of the largest natural clay licks in Peru. One of the wildlife highlights of the country, thousands of brilliantly colored macaws and parrots arrive here daily to feed on mineral salts.

Tambopata has more species of birds (595) and butterflies (more than 1,200) than any place of similar size on earth.

Environmentalists claim that the reserve's great diversity of wildlife is due to its location at the confluence of lowland Amazon forest with three other ecosystems.

Vascular plants within the reserve are represented by at least 1700 species in 145 families.

Other mammals found in the reserve include: the puma, the collared peccary, the Peruvian spider monkey, the jaguarundi, Hoffmann's two-toed sloth, the capybara, the tufted capuchin, the white-lipped peccary, the marsh deer, the red brocket, the brown-throated sloth, the black-capped squirrel monkey, the South American tapir, etc.

Birds present in the reserve include: the harpy eagle, the white-necked jacobin, the scarlet macaw, the rufescent tiger heron, the king vulture, the roseate spoonbill, the crested eagle, the razor-billed curassow, the blue-and-yellow macaw, the variegated tinamou, the sunbittern, the red-and-green macaw, the horned curassow, the golden-tailed sapphire, etc.