Kaieteur National Park, located in the southern Pakaraima Mountains in the Potaro-Siparuni Region of Guyana, covers a broad range of habitat types and is home to many species unique to the region. The park is especially renowned for the Kaieteur Falls. 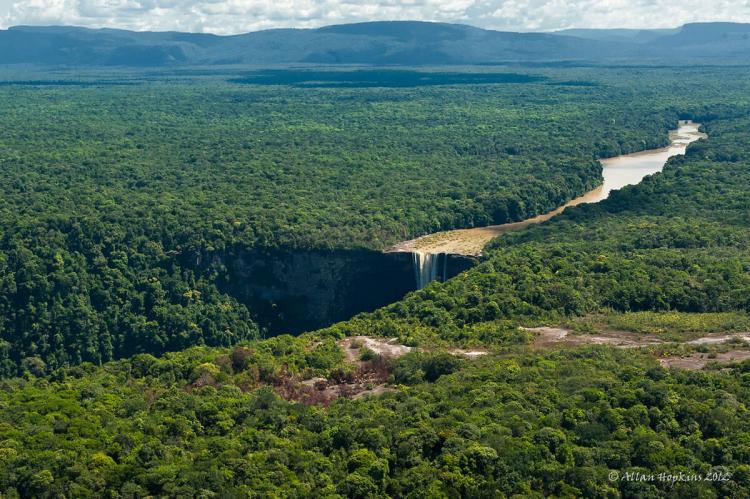 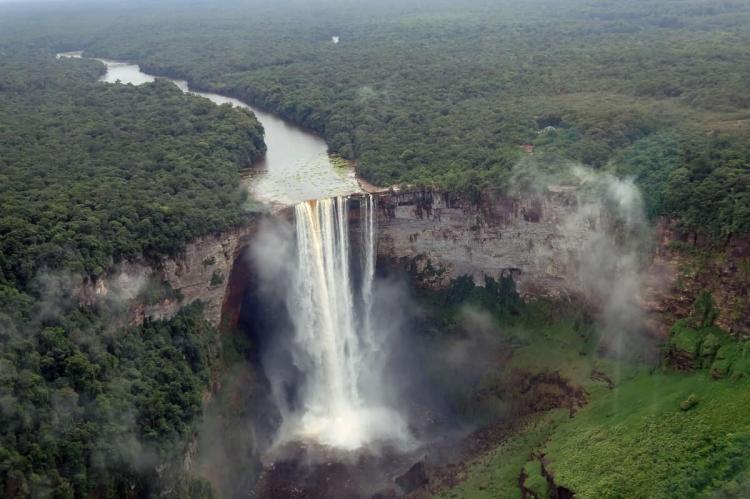 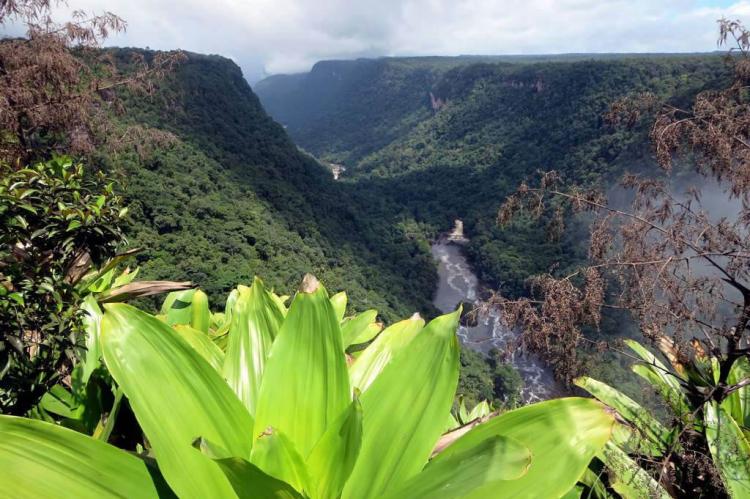 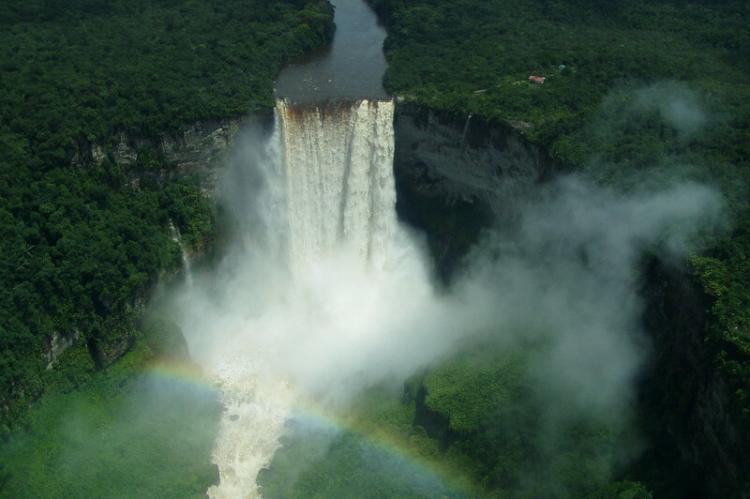 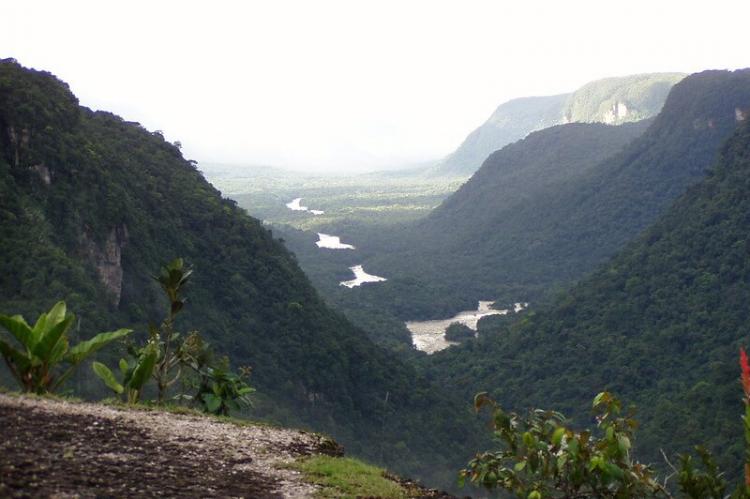 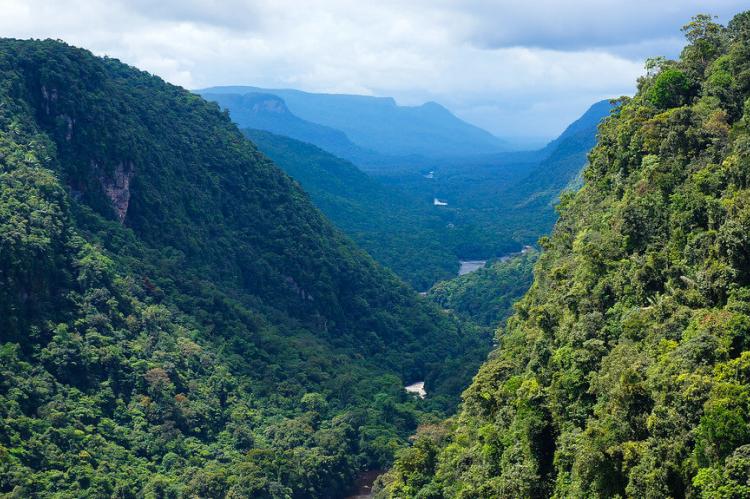 Kaieteur Falls is the world's largest single drop waterfall by the volume of water flowing over it. After a sheer drop of 226 m (741 ft), over the edge of a sandstone plateau, the falls have eroded a gorge 8 km (5 mi) long.

Kaieteur Falls is named after Chief Kai, who plummeted to his death by canoeing over the falls in order that the Great Spirit would be satisfied. He did this in hopes that the spirit would protect and save his tribe from being destroyed by a group of Caribbean savages. Legend states that he and his canoe became part of the rock formations.

The falls are (five times higher than the Niagara Falls) and about 122 m (400 ft) wide during the rainy season. Located on the Potaro River, in the Kaieteur National Park, it sits in a section of the Amazon Rainforest included in the Potaro-Siparuni region of Guyana.

Upriver from the falls, the Potaro Plateau stretches out to the distant escarpment of the Pakaraima Mountains. The Potaro River empties into the Essequibo River, which is one of the longest and widest rivers in South America and the longest river in Guyana.

The falls are a favorite destination with tourists, with over 3,000 visitors annually.

Kaieteur National Park is located in the southern Pakaraima Mountains in the Potaro-Siparuni Region of Guyana. This is considered the highlands of Guyana. The park covers a broad range of habitat types and is home to many species unique to the region.

The National Park is the oldest and most iconic protected area of Guyana. It was established in 1929, has an area of 62,680 ha (154,885 acres) and is especially renowned for the Kaieteur Falls, one of the most powerful waterfalls in the world.

Part of the Guiana Shield, an area of tropical rain forest and flat-topped mountains, the park is home to wildlife like the tiny golden frog and the Guianan cock-of-the-rock, a bird whose males are known for their bright orange plumage.

The park's boundaries and purpose are defined in the Kaieteur National Park Act and was created to preserve the natural scenery (including Kaieteur Falls) and its fauna and flora.

The park can be accessed either by overland trek or via air from a variety of providers on scheduled or chartered flights.