El Chaltén is a small mountain village in the Patagonian region of southern Argentina, near the border with Chile. It is a popular base for hiking numerous trails leading to the base of surrounding peaks and glacial lakes, including Cerro Torre, Fitz Roy and Lago del Desierto. 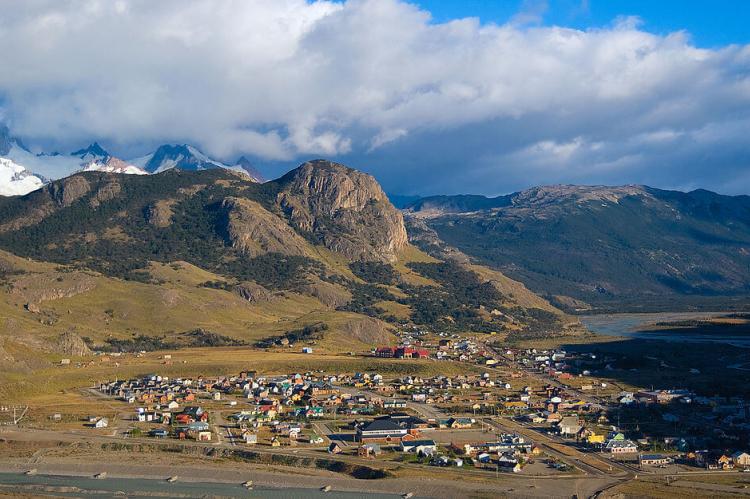 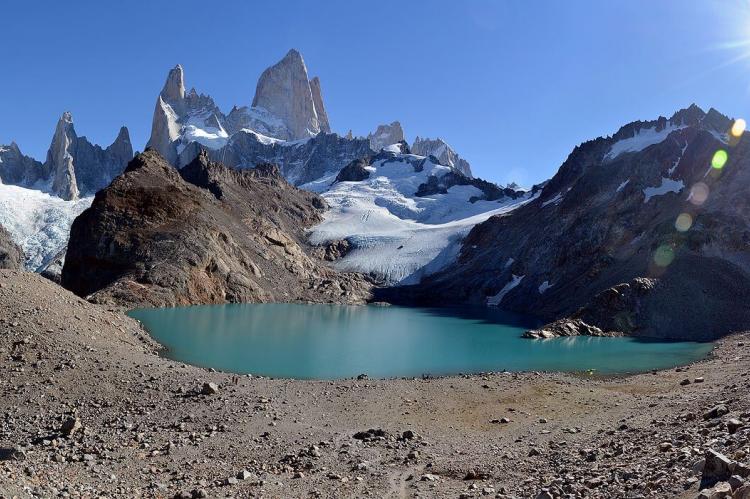 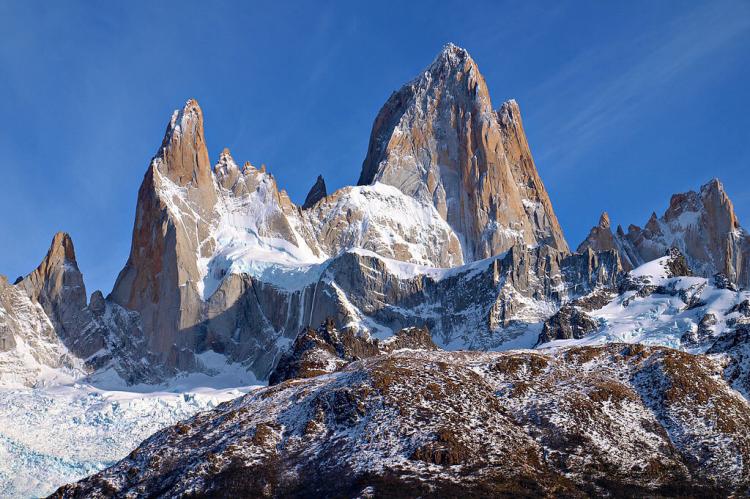 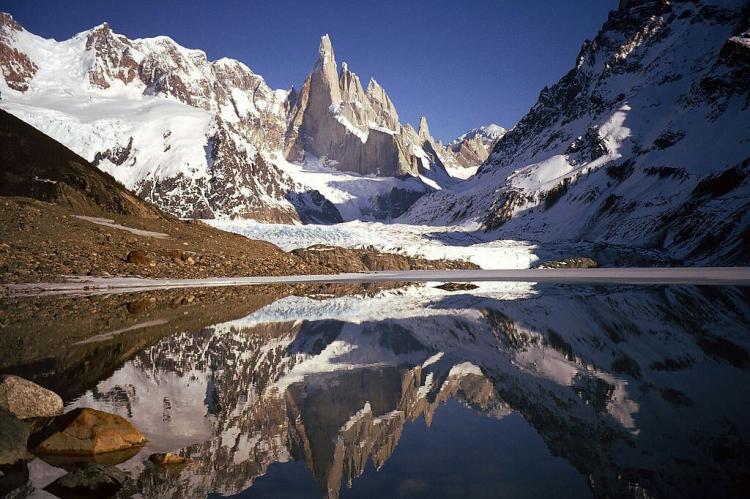 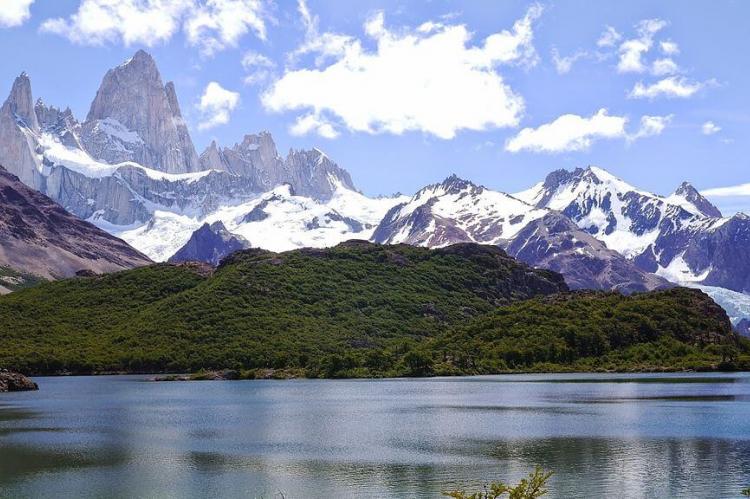 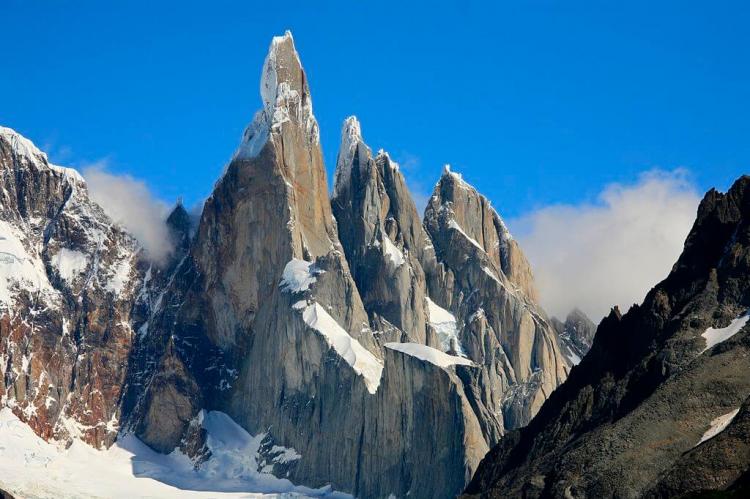 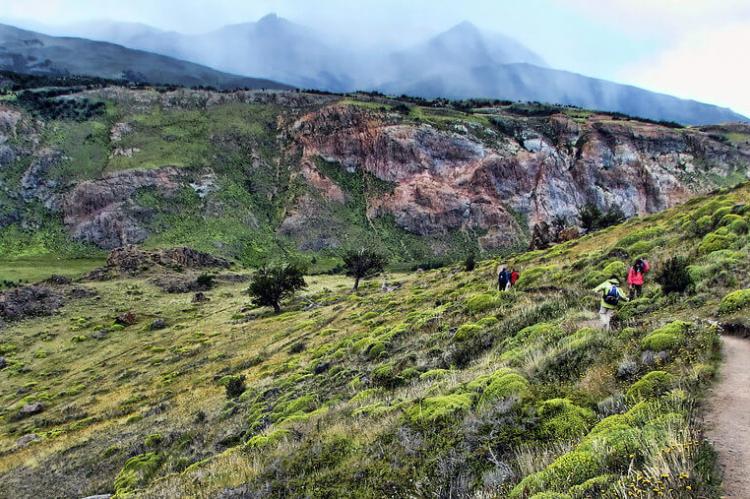 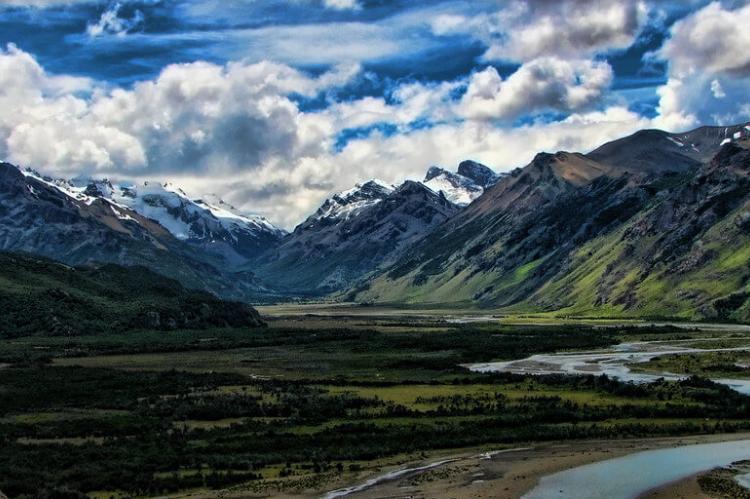 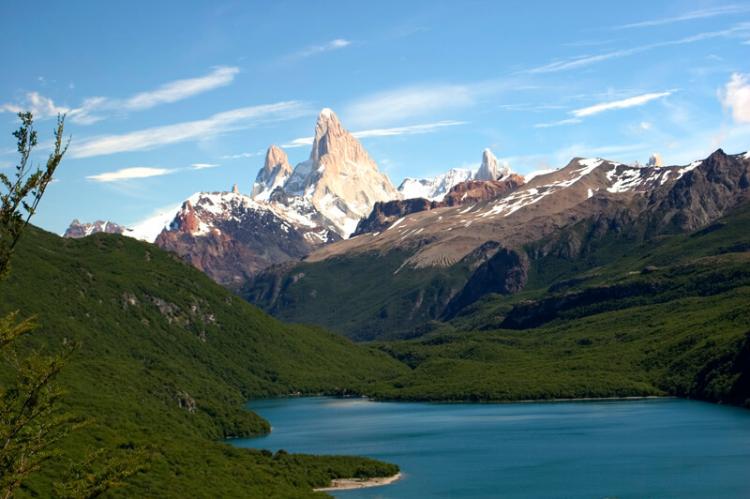 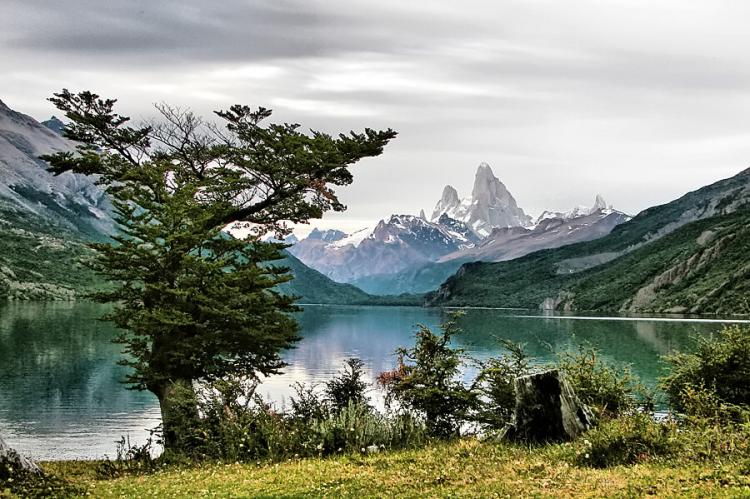 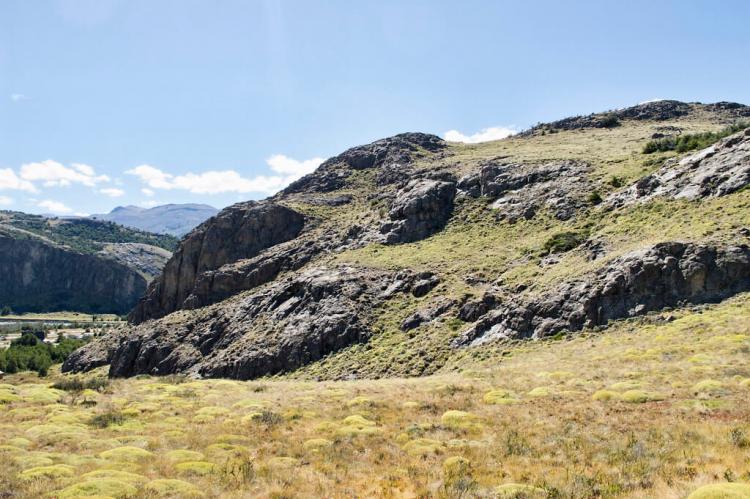 El Chaltén is a small mountain village in the Patagonian region of southern Argentina, Santa Cruz Province, near the border with Chile.

The village is located on the riverside of Rio de las Vueltas, within the Los Glaciares National Park, at the base of Cerro Torre and Cerro Fitz Roy mountains. It is 220 km (136 mi) north of El Calafate.

El Chaltén is a popular base for hiking numerous trails, such as those leading to the base of surrounding peaks and glacial lakes, such as Laguna Torre and Laguna de los Tres (near the base of Fitz Roy).

Near Fitz Roy, a path leads to the Laguna de los Tres viewpoint. Just northwest of the village, the shores of Laguna Capri offer mountain views.

The city was founded in the late 1970's and early 1980's as an outpost of Argentina, in anticipation of land claims by Chile for that area.

In 1985, after a border dispute to gain and claim rights over El Chalten, the town was awarded to Argentina. Homes, government buildings, and flags of Argentina went up to mark the city settlement.

The town is located at the edge of the 12,363 sq km (4,773 sq mi) Southern Patagonian Ice Field and about 350 inhabitants live there throughout all the seasons of the year.

Mostly snow and ice surround the town and the homes are low structured with roads mostly made of rocks and dirt. The growing number of hiking tourists led to an increase in construction and in summer the town is full of tourists.

El Chaltén has an unpredictable subpolar oceanic climate and bad weather is exceedingly common. Summers experience long daylight hours, very windy weather and cool temperatures: mostly below 18 °C (64.4 °F) during the day and below 5 °C (41 °F) during the night. Frost can and does occur in the summer as well.

Winters bring snow in moderate quantities with average temperatures averaging 3 °C (37.4 °F) during the day and −4 °C (24.8 °F) during the night. The coldest nights however can be much colder than this. Spring and fall are variable but generally cold as well.

Cerro Torre is one of the mountain peaks of the Southern Patagonian Ice Field in South America. It is located in a region which is disputed between Argentina and Chile, west of Fitz Roy (also known as Cerro Chaltén).

The peak is the highest of a four mountain chain: the other peaks are Torre Egger (2,685 m (8,809 ft), Punta Herron, and Cerro Standhardt.

The top of the mountain often has a mushroom of rime ice, formed by the constant strong winds, increasing the difficulty of reaching the actual summit.

Cerro Fitz Roy or Mount Fitz Roy (also known as Cerro Chaltel in Chile), is a mountain in Patagonia, on the border between Argentina and Chile. It is the most recognizable and one of the most dangerous mountains in Southern Patagonia.

Its summit reaches 11,073 ft (3,375 m) above sea level. It is located in the Southern Patagonian Ice Field, near El Chaltén village and Viedma lake and is the highest point in Argentina's Los Glaciares National Park.

The first Europeans recorded as seeing Mount Fitz Roy were the Spanish explorer Antonio de Viedma and his companions, who in 1783 reached the shores of Viedma lake.

Argentine explorer Francisco Moreno saw the mountain on March 2, 1877. He named it Fitz Roy in honor of Robert FitzRoy who, as captain of the HMS Beagle during Charles Darwin's famous voyage, had traveled up the Santa Cruz River in 1834 and charted large parts of the Patagonian coast.

Argentina and Chile have agreed that their international border detours eastwards to pass over the main summit, but a large part of the border to the south of the summit as far as Cerro Murallón, remains undefined.

The mountain is the symbol of the Argentine Santa Cruz Province, which includes its representation on its coat of arms.

Lago del Desierto (or "Lake of the Desert") is located in Santa Cruz Province, Argentina. It is located in a valley between the Martínez de Rozas Range in the east and the (east) glaciers of the Southern Patagonian Ice Field on the west.

The lake receives its waters primarily from glacier melt. The lake's runoff then heads downstream via the Vueltas River (south side), to the Viedma lake and then to the Atlantic Ocean.

Lago del Desierto, located near Mount Fitz Roy, has been the subject of a territorial dispute between Argentina and Chile. The dispute was solved favorably for Argentina in 1994 after arbitration.