Várzeas are extensive lowland floodplain areas bordering the Amazon River and its tributaries. Várzea forests are subject to seasonal flooding and may also contain more open, seasonally flooded habitats such as grasslands, including floating meadows. 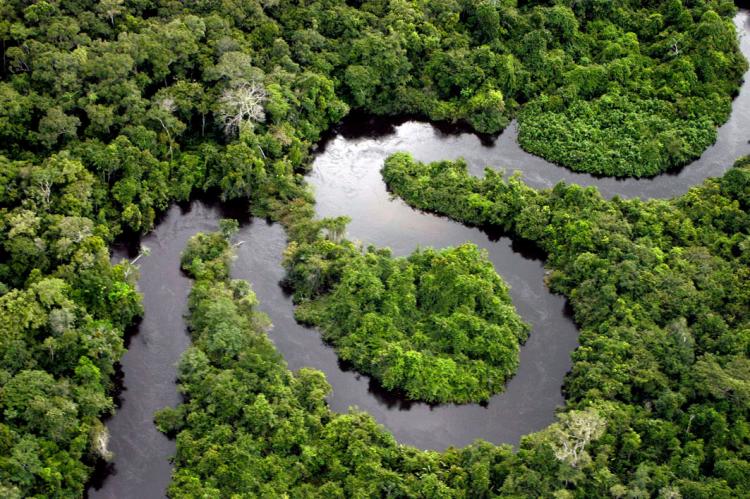 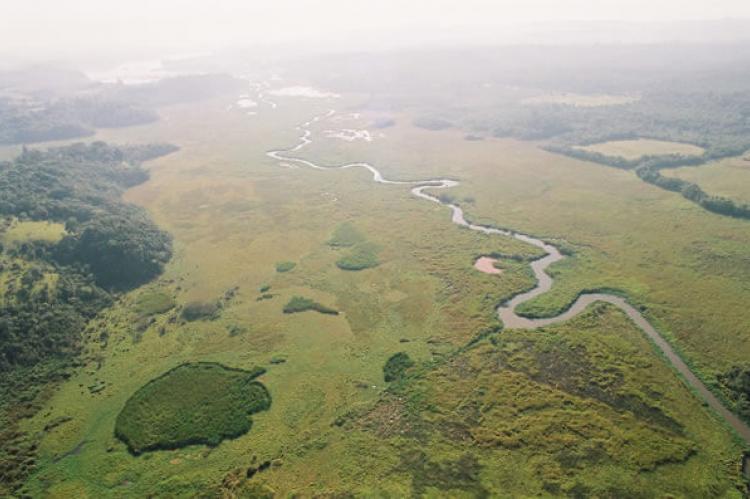 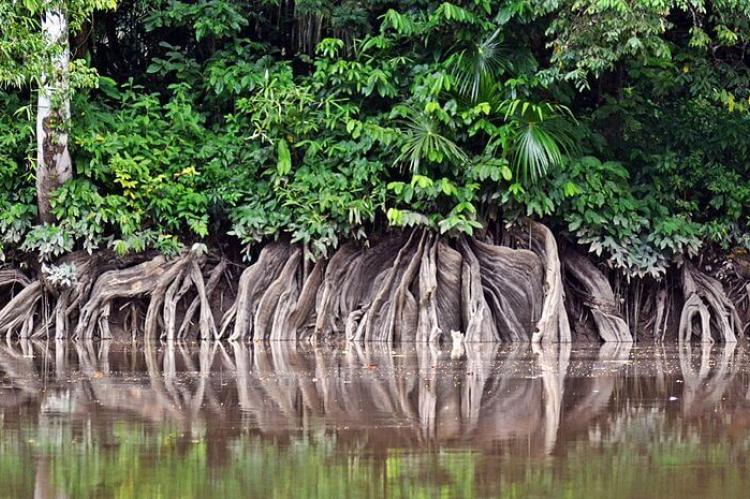 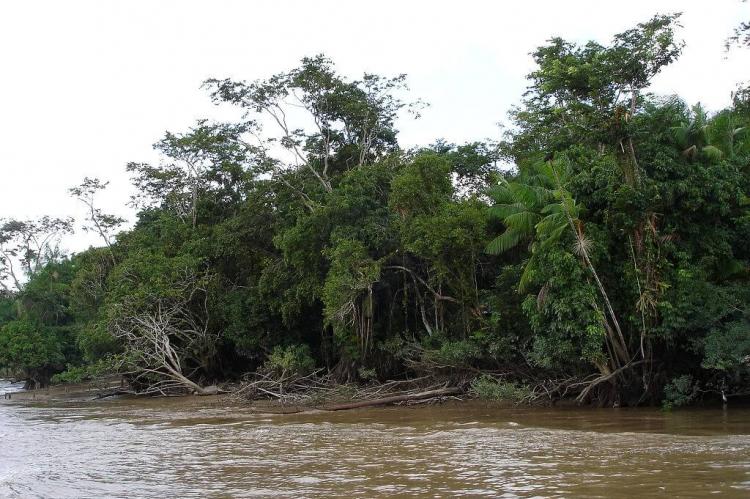 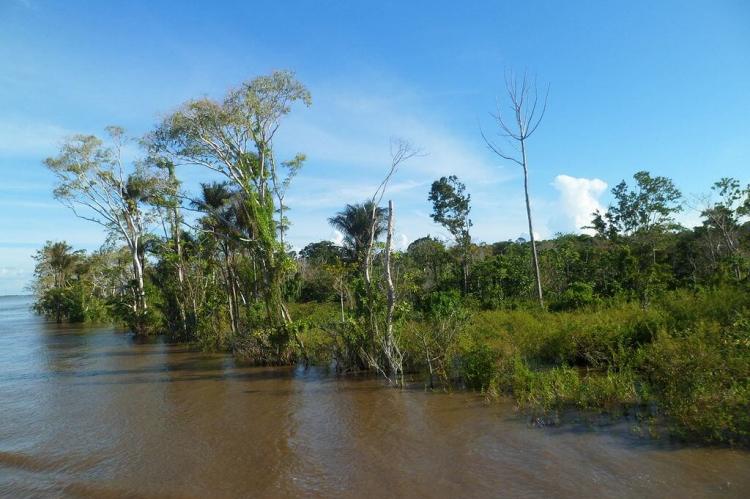 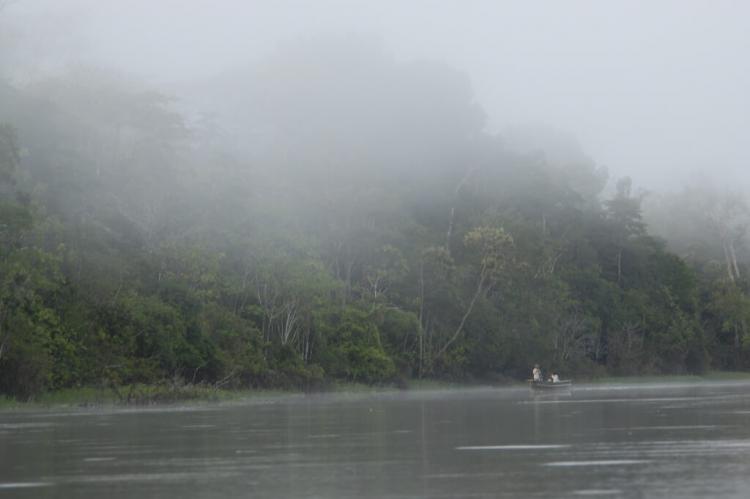 A várzea forest is a seasonal floodplain forest inundated by whitewater rivers that occur in the Amazon biome. Although sometimes described as consisting only of forest, várzea also contains more open, seasonally flooded habitats such as grasslands, including floating meadows.

Along the Amazon River and many of its tributaries, high annual rainfall that occurs mostly within a rainy season results in extensive seasonal flooding of areas from stream and river discharge. The result is a 10 - 15 m (33 - 49 ft) rise in water level, with nutrient rich waters.

The Iquitos várzea ecoregion covers the margins of the upper Amazon and its tributaries. Further down are the Purus várzea in the middle Amazon, the Monte Alegre várzea and Gurupa várzea on the lower Amazon and the Marajó várzea at the mouth of the Amazon. The Marajó várzea is affected by both freshwater and tidal flows.

Várzea habitats are generally diverse, consisting of forests, grasslands, lakes, flooded fields, and swamps. Approximately 75% of the várzea areas consist of dense canopy forests, with the other 25% being represented by the remaining habitats.

Within the várzea, topographic variation leads to different flooding durations and severity, resulting in vegetation being separated where plants with different tolerances to flooding inhabit different areas.

Due to the renewal of soil nutrients caused by the annual white water flooding, várzea forests are some of the most productive areas of Amazonia and serve as important breeding grounds for fish, birds, mammals and reptiles.

In order to grow and survive in this environment, both plants and animals must have a large range of morphological, anatomical, physiological and ethological adaptations. For example, during the flooding season, fish and other aquatic organisms take advantage of the lower density of predators which have migrated or are confined to smaller, dryer areas and use this time to reproduce.

The Iquitos várzea is an ecoregion of flooded forest along rivers in Brazil, Peru and Bolivia in the west of the Amazon biome. The forest is seasonally flooded up to 7 m (23 ft) by whitewater rivers carrying nutrient-rich sediment from the Andes.

The meandering rivers often shift course, creating a complex landscape of oxbow lakes, marshes, levees and bars with grasslands, shrubs and forests in different stages of succession. During the extended flood periods, fish enter the forest in search of fruit.

The forest is accessible by the navigable rivers that run through it and has suffered from extensive deforestation to extract timber and create pasture for livestock.

This ecoregion comprises the low, seasonally inundated river basins of the upper Amazon, Ucayali, Marañon and Madre de Dios in Peru and Bolivia, several smaller tributaries to the Amazon in Peru and the upper Juruá and Purus Rivers in Brazil.

A large portion of the region centers around the extensive seasonally flooded plain in northeastern Peru at the confluence of the Marañon and Ucayali Rivers that join to form the Amazon.

The Pacaya and Simiria rivers bisect this plain. The large urban center of Iquitos lies at 100 m elevation, and the topography, on the whole, is very flat with microundulations resulting from river meander.

The Purus várzea ecoregion covers a region of seasonally flooded forest in the central Amazon basin. It is home to a vegetation adapted to floods of up to 12 m (39 ft) that may last for eight months.

There is a great variety of fish and birds but relatively fewer mammals. Ground dwelling mammals must migrate to higher ground during the flood season. Threats include logging, cattle farming, over-fishing and mercury pollution from gold mining.

Avifauna diversity is extraordinary, with over six hundred and thirty species. Terrestrial mammal diversity is smaller because the habitat is often flooded.

Two narrow endemic primates inhabit this region, the white uakari monkeys (Cacajao calvus calvus) and blackish squirrel monkeys (Saimiri vanzolinii). Also, the largest snake in the world, the great anaconda (Eunectes murinus), is found here. Much of the ecoregion is effected by human presence because of the waterways used for transportation.

The forests of this ecoregion extend along the low, seasonally flooded rivers of the central and lower basin of the Amazon River, including a large part of the Madeira River basin, the mouth of the Purus River, tributaries of these rivers and an isolated patch of várzea along the Mamoré River between Bolivia and Brazil.

Biodiversity is extremely high in this flooded forest along the lower Amazon. The region hosts an amazing number of avifauna; there are 681 reported bird species including red-shouldered macaws (Ara nobilis), sun parakeets (Aratinga solstitialis) and green-rumped parrotlets (Forpus passerinus).

Major population centers in or near the ecorgion are Manaus, Itacoatiara, Coari and Óbidos. There are few protected areas in this ecoregion, which is threatened by cattle ranching and large scale agriculture.

The Gurupa várzea is an ecoregion of seasonally and tidally flooded forest along the Amazon River in the Amazon biome. The ecoregion is named after the Ilha Grande de Gurupá, an alluvial island in the mouth of the Amazon.

The Tapajós-Xingu moist forests lie to the south and the Uatuma-Trombeta moist forests to the north. The Monte Alegre várzea is upstream and the Marajó várzea is downstream along the Amazon.

The flooded forests of this ecoregion exemplify the incredible adaptability of species. Trees, grasses and shrubs that can be partially submerged under water for months at a time.

Animals and fish move to and from the area in synchronization with the floods to feast on the fruits produced by the trees. The diversity of resident species is high in these tropical savannas and include the scaled spinetail.

The Marajó várzea ecoregion covers a region of sedimentary islands and floodplains at the mouth of the Amazon River in eastern Brazil. This area is flooded twice daily as the ocean tides push the river waters onto the land. Islands are numerous throughout the region.

The flooded forests provide food for a wide variety of fruit-eating fish, aquatic mammals, birds and other fauna. It has no protected areas and is threatened by cattle and water-buffalo ranching, logging and fruit plantations.

This flooded area captures nutrient rich soils, which are carried down the river; tidal activity floods the region twice daily. Vegetation is shorter than surrounding areas, plant diversity is lower and palms dominate. Fauna diversity is richer; avifauna is particularly rich with about 540 species.

There are no protected areas in this ecoregion. Cattle and water buffalo ranching and large-scale commercial logging are the main threats to this ecoregion. 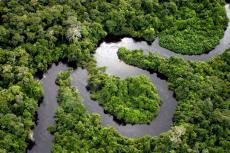 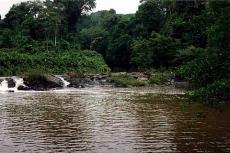 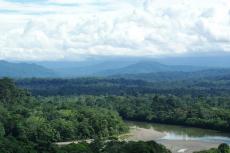 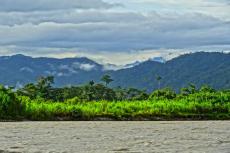 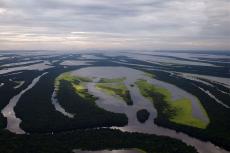