Golfo Dulce lies between the Osa Peninsula and the southern end of the Pacific Coast of Costa Rica. Coronado Bay lies to the northwest of the Osa Peninsula. The peninsula contains a complex of national parks and protects one of the most significant stands of virgin rain forest in Central America. 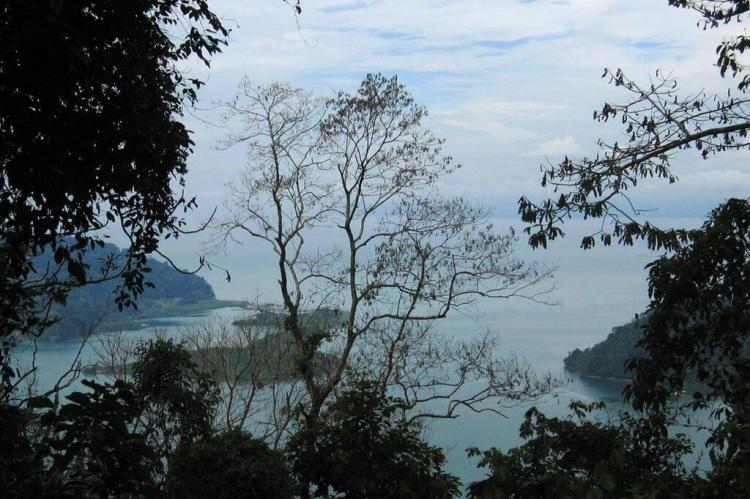 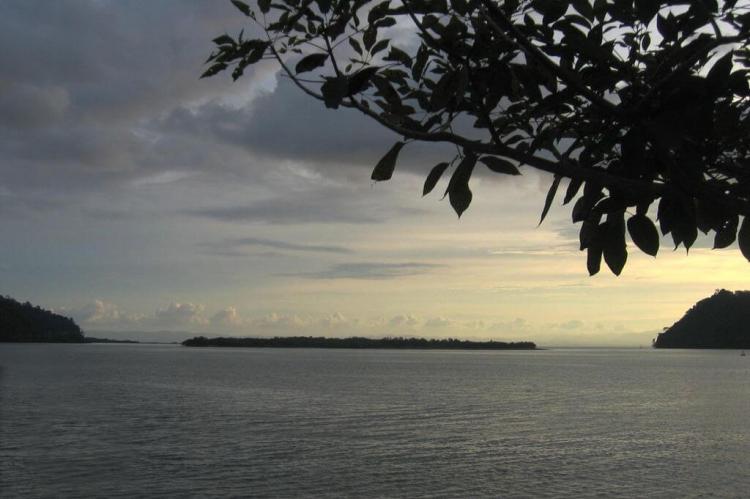 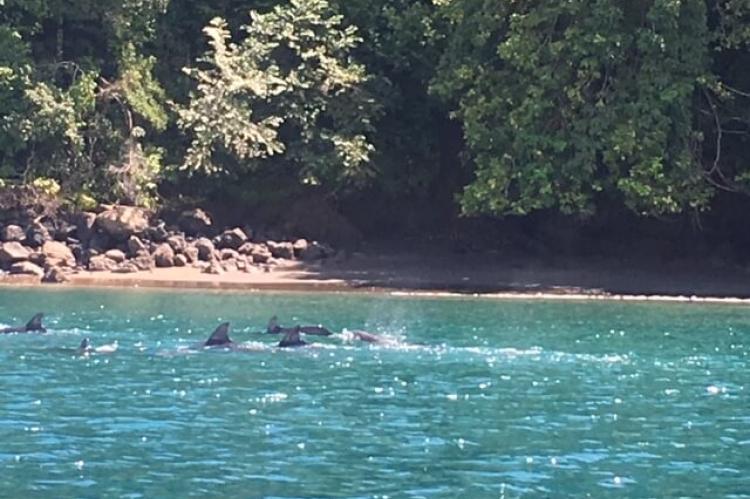 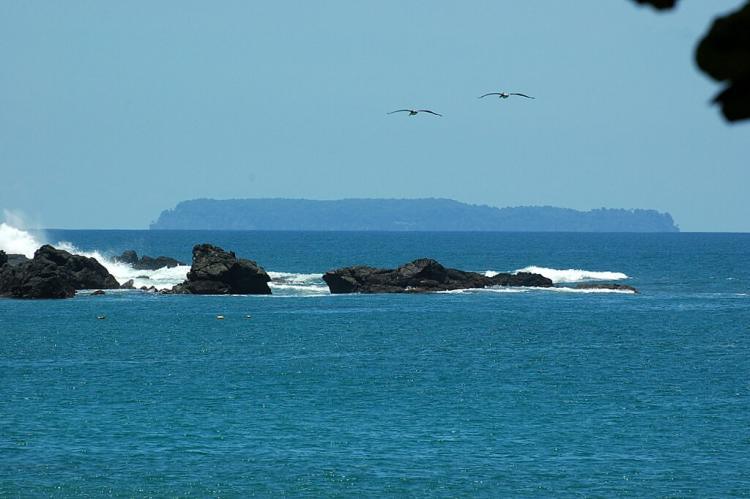 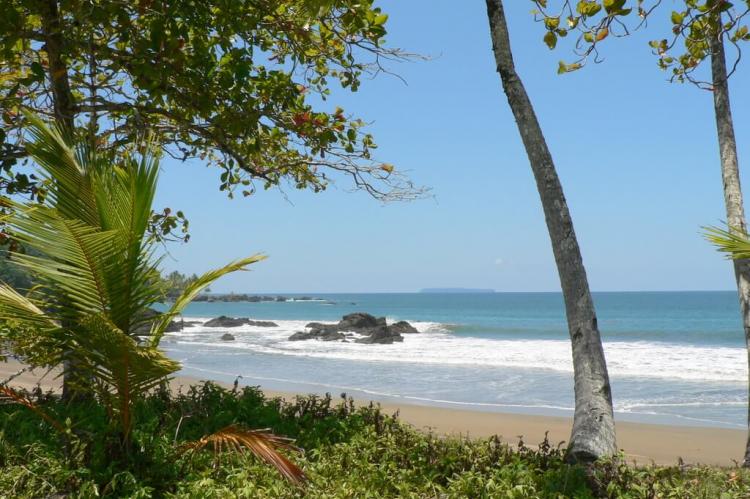 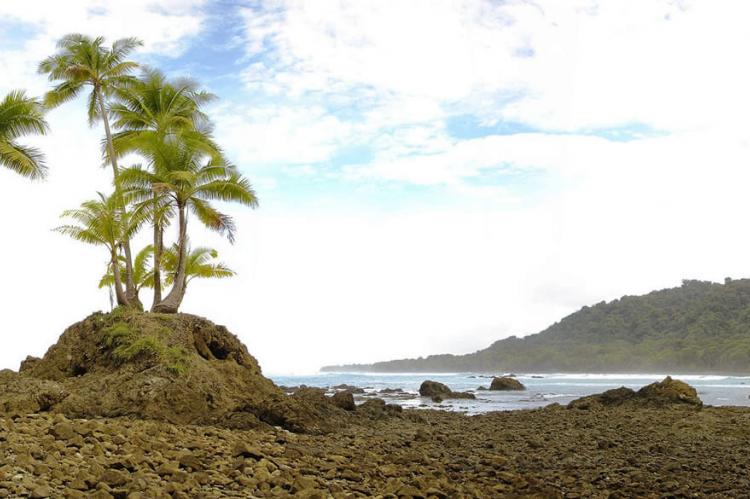 Golfo Dulce "Sweet Gulf" (sometimes referred to as Gulf of Dulce) is a gulf in Costa Rica, located at the southern end of the Province of Puntarenas. It takes its name from the large amount of freshwater that flows into it from four rivers whose mouths harbor large areas of protected mangroves.

The gulf lies between the Osa Peninsula and the southern end of the Pacific Coast of Costa Rica and measures about 15 mi (24 km) in breadth. Costar Rica's other gulf, the Gulf of Nicoya, lies on the northern section of it's Pacific coast.

It is a region of high biodiversity. In the northeast part of the gulf is the Piedras Blancas National Park, with its 14,000 ha (34,595 acres) of protected rain forest.

In 2018, the Government of Costa Rica assigned the wetlands in the North of Golfo Dulce as a sanctuary for the scalloped hammerhead shark, creating 4,000 ha (10,000 acres) of ‘no-take’ zone: the first shark sanctuary in Costa Rica.

The Golfo Dulce is considered a tropical fjord with an average annual temperature of 86 °F (30 °C), an extremely rare biome. The area has seventeen total protected reserves which amount to 3% of Costa Rica’s land area.

The area contains 50% of the flora and fauna of Costa Rica, and receives 5-6 m (200-236 in) of rain per year. The ecosystem has two parts: a marine ecosystem and a terrestrial ecosystem.

The marine ecosystem of the Golfo Dulce teams with life and includes marine mammals, reptiles, sharks, and invertebrates.

The Golfo Dulce has several species of whales that visit the area and use it as a breeding ground and nursery for their respective calves. The area is an ideal breeding ground due to the warm water temperature, which averages 84.7 °F (29.27 °C), paired with an abundance of small fish and plankton which these species feed off of. Species of whale that frequent this area include: Humpback Whales, Spotted Dolphins, Bottle Nose Dolphins, and Orcas.

Of the marine reptiles that live within the gulf, sea turtles are the most prominent with several species such as the Pacific Green Sea Turtle, Olive Ridley, Hawksbill, and Pacific Leatherback.

The sea turtles in the area are drawn by the warm water temperature and the presence of jellyfish and marine plants which the sea turtles feed off of. Along with sea turtles; yellow bellied sea snakes, saltwater caimans, and saltwater crocodiles also inhabit the area.

Several species of sharks live within the gulf; these species include the Whale Shark, Scalloped Hammer-Head, and Rays. Along with sharks, other large fish such as Needle Fish, Dorados, and Marlins also live in the gulf. While Needle Fish are protected, Marlins and Dorados are popular targets for sport fishing.

The ecosystem that surrounds the actual Golfo Dulce is just as rich in life as in the water with 2-3% of flora being found nowhere else on Earth. The ecosystem has numerous reptiles, birds, amphibians, insects, and even mammals.

The terrestrial reptiles in the Golfo Dulce include Iguanas, Saltwater Caimans, Saltwater Crocodiles, numerous species of snakes both venomous and non-venomous, and several species of geckos.

The primary species of birds in the area are the Scarlet Macaw and the Toucan.

The amphibious species can be found primarily close to bodies of fresh water such as rivers and lakes, and include newts, toads, skinks, and even poison dart frogs.

The terrestrial mammals in the ecosystem are monkeys and horses, though the horses are domesticated and not native to Costa Rica. The species of monkeys include the Central American squirrel monkey, the Geoffrey’s spider monkey, the Mantled howler monkey, and the White-headed capuchin monkey.

The Osa Peninsula is situated to the west and north of the Golfo Dulce, it contains the largest land area of protected ecosystems within the Golfo Dulce and because of this the area attracts numerous eco tourists.

It is located in southwestern Costa Rica, in the Puntarenas Province, with the Pacific Ocean to the west, the Golfo Dulce to the east and Coronado Bay to the northwest. The peninsula was formed geologically by a faulting system that extends north into California.

The peninsula contains a complex of national parks and refuges. Corcovado National Park is located on the southern part of the peninsula, and is part of the Osa Conservation Area which protects one of the most significant stands of virgin rain forest in Central America.

The peninsula is home to at least half of all species living in Costa Rica. The main town on the peninsula is Puerto Jimenez, which has its own airport and provides access to Corcovado National Park as well as the coastal villages of Cabo Matapalo and Carate.

Coronado Bay is a bay of the Pacific Ocean located on the southwestern Pacific coast of Costa Rica which lies to the north of the Osa Peninsula.

Coronado Bay measures approximately 25 mi (40 km) from northeast to southwest and extends from the town of Quepos southeastward for approximately 60 mi (100 km) to San Pedro on the Osa Peninsula.

A wide delta (called Delta del Diquís, Delta Sierpe or Delta Térraba), is located on Coronado Bay. It is the mouth of the Térraba (Diquis) River, which is Costa Rica's largest. Offshore are numerous islands.