The Hospicio Cabañas, located in Guadalajara, was built at the beginning of the 19th century to provide care and shelter for the disadvantaged. This remarkable complex, which incorporates several unusual features designed specifically to meet the needs of its occupants, was unique for its time. 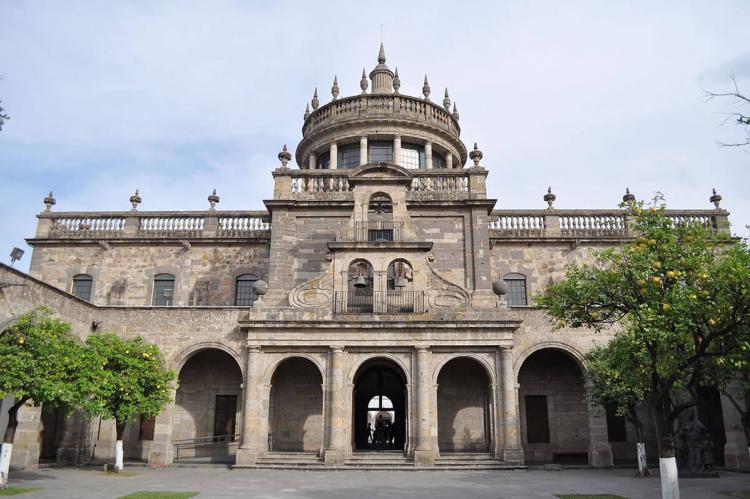 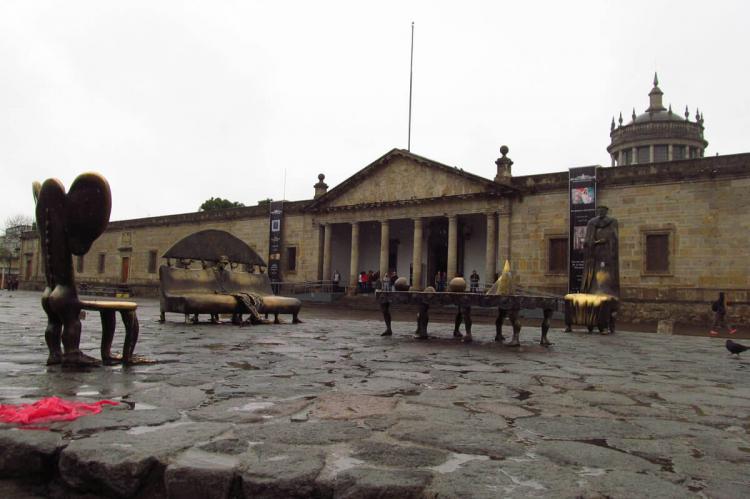 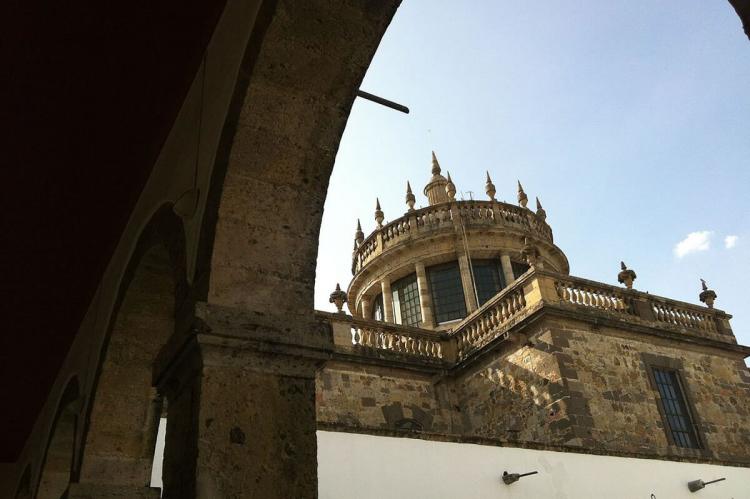 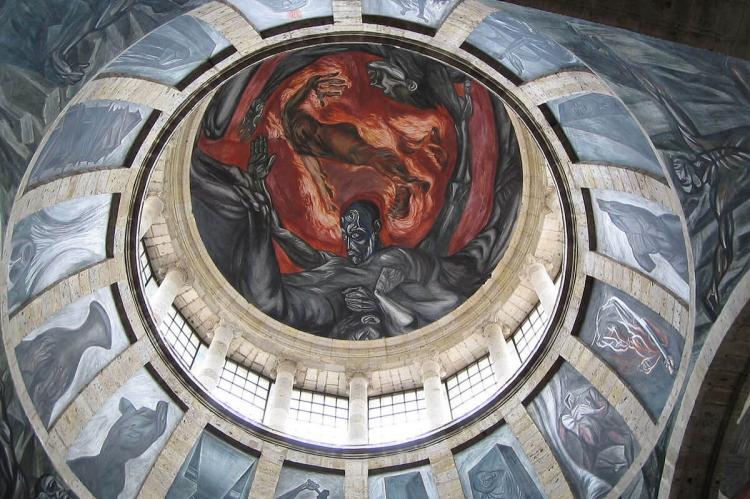 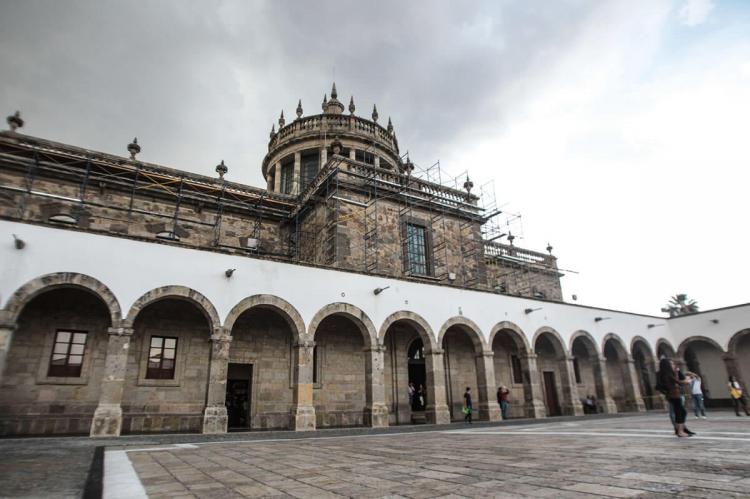 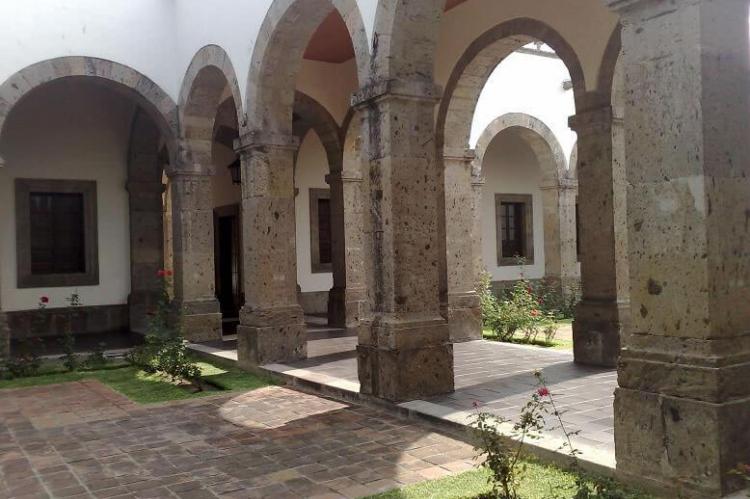 Hospicio Cabañas, Guadalajara, a World Heritage Site located in the central region of western Mexico, is one of the oldest and largest hospital complexes in the Americas. It was founded in 1791 by the Bishop of Guadalajara in order to provide care and shelter to the needy including orphans, elderly, handicapped and chronic invalids.

The hospital complex owes its name to Juan Ruiz de Cabañas who was appointed to the see of Guadalajara in 1796 and engaged Manuel Tolsá, a renowned architect from Mexico City, to design the structure.

Architect Manuel Tolsá, designed a predominantly Neoclassical complex on a monumental scale, covering 2.34 ha (5.78 acres). Tolsá's design was based on classic examples such as Les Invalides in Paris and El Escorial near Madrid.

Despite its size, the hospice's uniqueness relates primarily to the simplicity of its design, specifically its dimensions and the harmony achieved between the buildings and the outdoor spaces.

The overall composition of the Hospicio Cabañas is formed by a rectangular plan measuring 164 m by 145 m (538 ft by 475 ft) and contains a complex of single-story buildings laid out around a series of twenty-three courtyards varying in size and characteristics.

The hospice’s founder, Bishop Cabañas commissioned a design that responded to its social and economic requirements through an outstanding solution of great subtlety and humanity.

The single-story scale, covered passageways between buildings, and arcades traversing most courtyards focused on the comfort of its residents allowing them to move freely. The light and air provided by the open spaces were intended to promote healing. In addition, it was one of Bishop Cabañas' objectives to educate residents through the learning of a trade.

For example, the hospice’s corridors provided space for one of Guadalajara’s first printing press workshops and throughout the 19th century innumerable texts were published from this location.

The exception to the Hospicio Cabañas' uniform height of 7.5 m (24.6 ft) is found in along its central axis with the chapel and kitchen. The kitchen is topped by a saucer dome and small lantern. It is the chapel, however, that is the visually dominant feature of the hospice with its imposing dome rising 32.5 m (106.6 ft).

In the late 1930's, the chapel was ornamented with fifty-seven superb frescoes painted by José Clemente Orozco, one of the greatest Mexican muralists of the time. These works are considered a great masterpiece of Mexican art and illustrate both Spanish culture as well as Mexico’s indigenous culture with gods, sacrifices and temples.

The focus of the murals is found in the chapel’s dome with the work El Hombre de Fuego (The Man of Fire) which represents the submission of humans to machines.

Following the death of Cabañas in 1823, construction continued until 1829. Although it served for a time as barracks in the mid-19th century, the hospital lasted well into the 20th century and continued to function until 1980. Currently, the hospice is the home of the Cabañas Cultural Institute and the Cultural Heritage of Humanity.

A buffer zone of 18 urban blocks measuring 37.26 ha (92 acres) surrounds the complex bounded by Federacion Street in the north, Javier Mina in the south, Mariano Jiménez in the east and on the west Calzada Independencia.