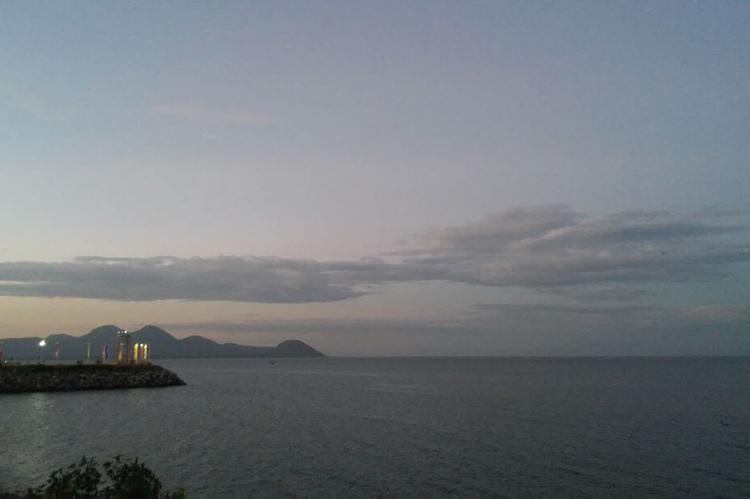 Similarly to the name of Lake Nicaragua, its name was coined by the Spanish conquerors from "Mangue" (their name for the Mánkeme tribes) and agua ("water").

Momotombo Volcano, reaching 1,280 m (4,199 ft) above sea level, is on the northwestern shore. The lake is economically significant: its waters yield fish and alligators and are plied by shallow-draft vessels.

Lake Managua is fed by numerous streams rising in the central highlands and the Diriamba Highlands. A greater part of the drainage basin is located to the north of the lake and drained by three major tributaries: Rio Viejo, Rio Sinecapa and Rio Pacora. The total inputs of water varies widely within the drainage basin, geographically, annually and seasonally.

The lake is endorheic, or a closed lake system in which evaporation approximately equals inflow and its water level is controlled primarily by evaporation. However, the level of Lake Managua raises significantly during periods of heavy rain.

At one time, the lake was drained by the Tipitapa River, which flows into Lake Nicaragua. However, it ceased to function as a regular outflow by 1850 and now serves as only an occasional overflow mechanism.

The level of Lake Managua raises significantly during the periods of heavy rain. The highest water level was recorded during the flooding of 1933.

The lake rose 3 m (10 ft) in five days during Hurricane Mitch in 1998, destroying the homes of many who lived on its edge. An even higher flooding occurred in September/October 2010. Since then, the city has prohibited residential use of the most flood-prone areas: those with an elevation below 42.76 m (140 ft) above sea level.

Lake Managua has been described by some as the most contaminated lake in Central America. The lake has been severely polluted, mostly by decades of sewage being dumped into the lake.

The city sewers have drained into the lake since 1927. It was only in 2009 that a modern wastewater treatment plant was opened in Managua but it treats only 40% of the city's wastewater.

The lake today has no stable outlet, with only occasional floods to Lake Nicaragua through the Tipitapa River. Pollutants are thus concentrated. Despite the pollution, some residents of Managua still live along the lake's shores and eat the fish. About 20 fish species still survive in Lake Managua.