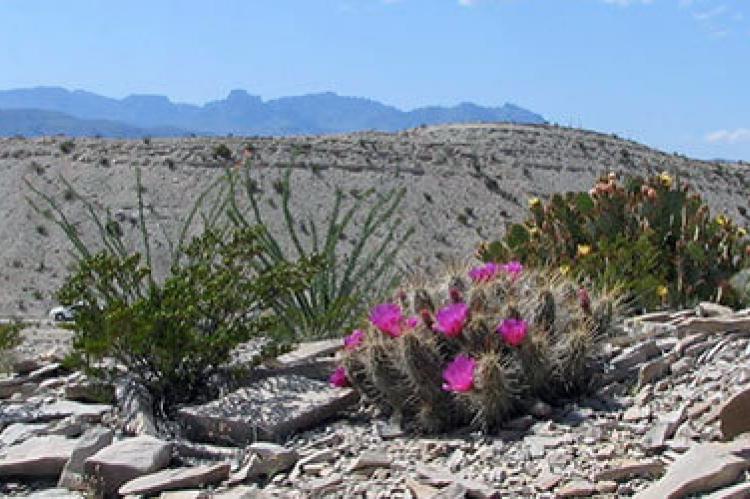 The Mapimí Biosphere Reserve is located in Durango State in northern Mexico. It is situated between the Neotropical and neartic biogeographical regions in the Bolson de Mapimí (an internal drainage basin), 1,150 m (3,770 ft) above sea level..

72,600 inhabitants (1997) live in the reserve, mainly engaged in extensive cattle raising, salt exploitation and in agriculture. Local population (ranchers and farmers) are involved in conservation and management efforts.

The Mapimí Biosphere Reserve includes the desert ecosystems of the central part of the Chihuahua Desert where there is dominant xerophyllus microphyllus scrubland and chaparral with various compositions forming mosaics of halophyte vegetation in the lower parts.

Biologically rich, it includes 403 plant species. Noteworthy are the 39 cactus species. There are approximately 200 species of birds, 5 species of amphibians, 36 species of reptiles and 28 species of mammals.