Anguilla is a British overseas territory and is the most northerly of the Leeward Islands in the Lesser Antilles. It is known for its easygoing atmosphere and magnificent beaches and waters. The Valley is the principal town and capital. 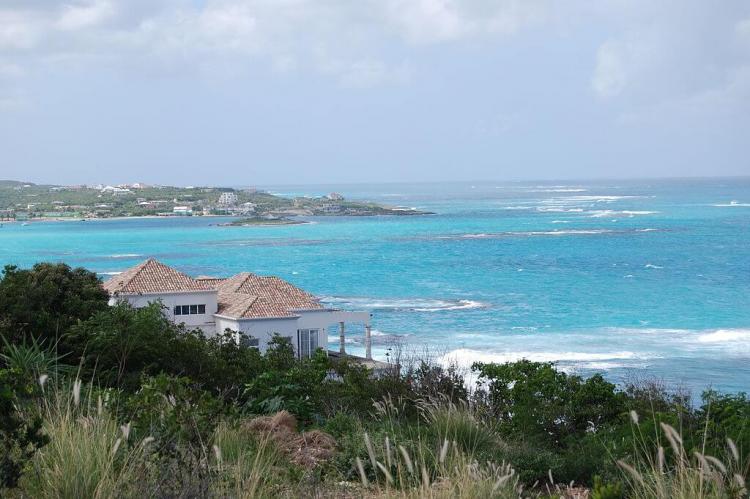 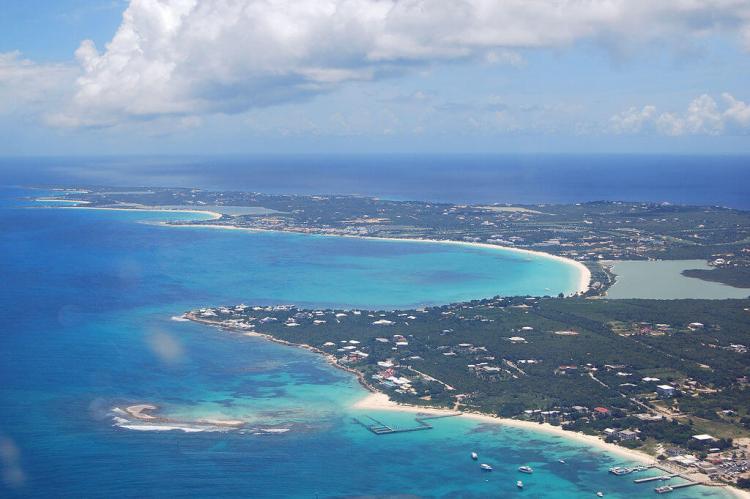 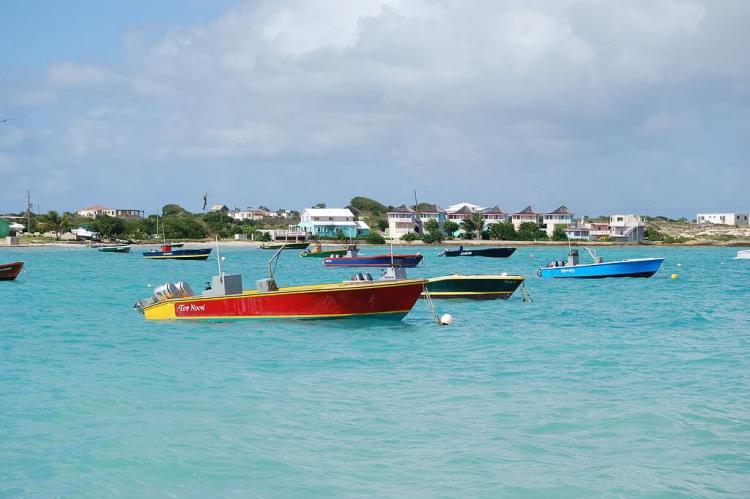 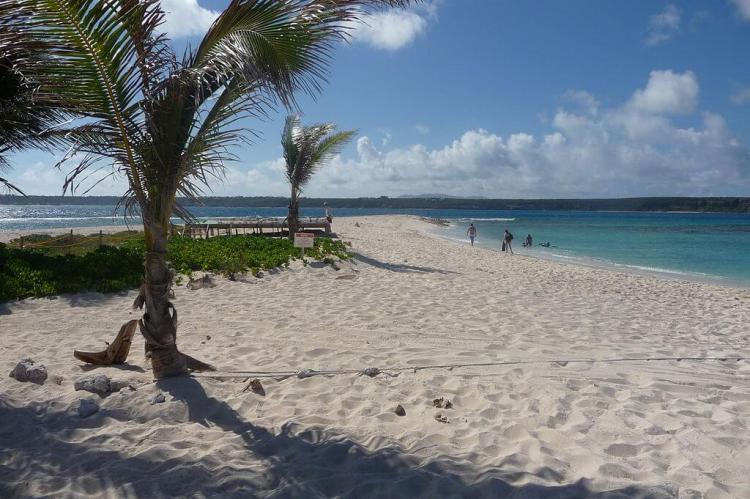 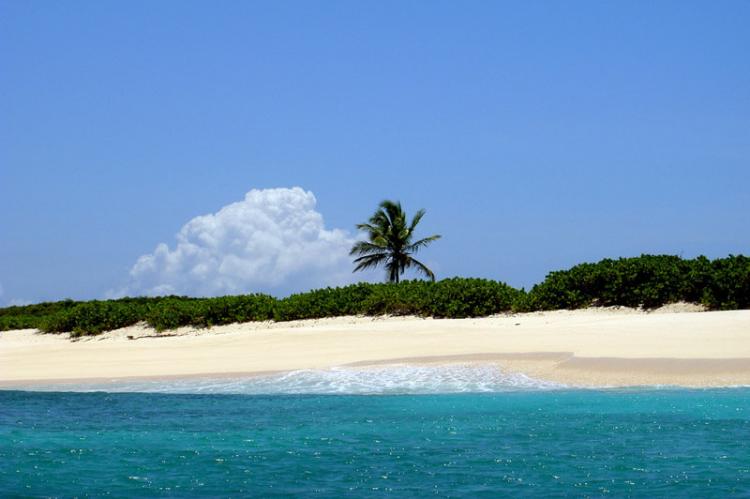 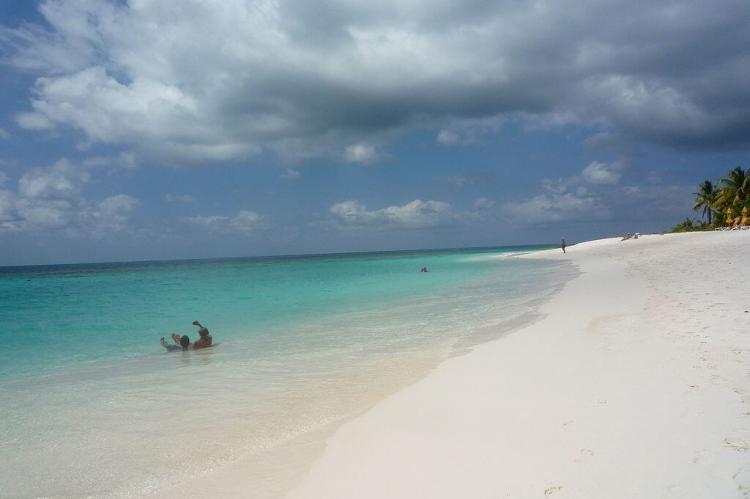 Anguilla is a British overseas territory and is the most northerly of the Leeward Islands in the Lesser Antilles. The Valley is the principal town and capital. It lies directly north of the island of Saint Martin, separated by the Anguilla Channel. The island is known for its easygoing atmosphere as well as its magnificent beaches and waters.

Long before the arrival of Christopher Columbus in the Caribbean, Anguilla had been settled by Arawakan-speaking Indians who called it Malliouhana. They were originally from the Orinoco River basin of South America and arrived on the island about 2000 BCE.

Anguilla was colonized in 1650 by British settlers from Saint Kitts and thereafter remained a British territory, administered as part of the Leeward Islands colony.

The majority of the population of Anguilla is of African descent. English is the official language. Most of the population is Christian and the main religious denominations are Anglican and Methodist. The main economic activities revolve around tourism and financial services.

Anguilla is bare and flat and is fringed by white sand beaches. The territory consists of the main island of Anguilla, approximately 26 km (16 mi) long by 4.8 km (3 mi) wide at its widest point, together with a number of much smaller islands and cays with no permanent population. The total land area of the territory is 91 sq km (35 sq mi), with a population of approximately 17,400 (2018).

Anguilla was formed from coral and limestone. The land is fairly flat but undulating. The highest point, Crocus Hill, has an elevation of 64 m (210 ft).

The climate is tropical; the average temperature is in the low 80's °F (about 28 °C), and rainfall averages about 900 mm (35 in) per year. Hurricanes can occur from June to November and occasionally are highly destructive.

Wildlife on Anguilla includes land reptiles, sea turtles, lobsters and goats. There are many bird species, including the national bird, the turtledove; the island is also a popular stop for migratory birds.

Apart from the main island of Anguilla itself, the territory includes a number of other smaller islands and cays, mostly tiny and uninhabited.

Anguillita is a small, uninhabited rocky island off the western tip of Anguilla, the territory's southernmost point. Its average elevation is inverted, at -89 feet below sea level.

The island is rarely even seen, since the western tip is virtually inaccessible by foot. As such it is rarely visited by tourists, though it is accessible by sea kayak.

Anguillita offers opportunities for scuba divers and good snorkeling conditions can be found off its rugged coast. Species such as barracudas, stingrays and turtles can be seen in its waters.

Blowing Rock is a small rocky islet southwest of Anguilla. It is primarily a dive spot.

Dog Island is an uninhabited small island of 207 ha (510 acres) located approximately 13 km (8.1 mi) to the north-west of Anguilla. It is low and rocky, with three small cays off the west and north coasts.

The coastline is characterized by low cliffs alternating with sandy beaches. The central part of the island is covered in thorny scrub with prickly pear. Large ponds lie inside two of the beaches.

The island, with the adjacent cays, is home to large numbers of nesting seabirds, mainly sooty terns.

Prickly Pear Cays are a small pair of uninhabited islands, covered by shrubland, about six miles from Road Bay, Anguilla. They are divided by a narrow boat channel between Prickly Pear East and Prickly Pear West.

The islands are popular with tourists due to the abundant marine and bird life. There are two restaurants and a bar which are serviced by staff who come in each day from the Anguilla mainland.

Nesting birds are a common sight along the rocky coastline. The cays were classified as 'wildlands' by the "Eastern Caribbean Natural Area Management Program" (ECNAMP) and they are are one of six marine protected areas of Anguilla.

Scrub Island is an 8 sq km (3.1 sq mi) island lying off the eastern tip of the main island of Anguilla, it is easily reached by boat.

Privately owned, the remains of an abandoned air field still exist. There is no electricity or plumbing. The island has been identified as an Important Bird Area due to its nesting seabirds.

Seal Island is a small island off the northwest coast of Anguilla. It is located about 2 km (1.25 mi) to the east of the Prickly Pear Cays and lies at the center of the Seal island Reef System Marine Park.

The area is popular with scuba divers. A reef lying between the island and Anguilla can make access difficult.

Sombrero, also known as Hat Island, is the northernmost island of the ;Lesser Antilles. It lies 54 km (34 mi) north-west of Anguilla across the Dog and Prickly Pear Passage. The distance to Dog Island, the next nearest island of Anguilla, is 38 km (24 mi).

The island is now uninhabited. The surface of the island is rough and vegetation is sparse. It has been identified as an Important Bird Area by BirdLife International because of its breeding seabirds.

Sandy Island is a small island on which a local restaurant is located. Anguilla can be reached in 15 minutes and the owner of the restaurant provides free boat crossing.

The island is only about 250 x 75 m (820 x 246 ft), consisting of round white sands with little vegetation. The island is popular with tourists for the richness of its seabed, the beach of fine sand and coral. 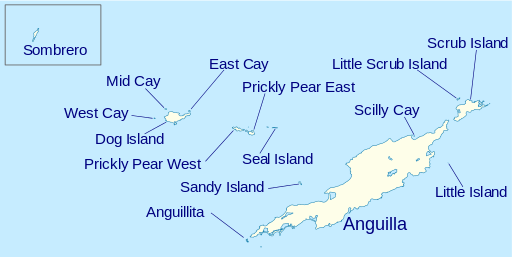 The town is located in the middle of the island, in front of Crocus Bay and nearby Crocus Hill, the island's highest point. The nearest villages are North Side, The Quarter, North Hill and George Hill.

The Valley has few examples of colonial architecture due to the relocation of Anguilla's administration to St. Kitts in 1825. However, Wallblake House, built in 1787, still stands and is used as a rectory by the adjacent St. Gerard's Catholic Church, with its highly original facade of pebbles, stones, cement, wood and tile.

Wallblake House is a heritage plantation house and museum annex. Built in 1787 by Will Blake, a sugar planter, it is stated to be the oldest structure on the island. Although gutted by the French in the late 1790's, it was rebuilt by the British and today has been fully restored, with its kitchen complex, stables and slave quarters intact.