The La Michilía Biosphere Reserve is a natural protected area in Mexico, located south of Durango between the two mountain ranges of the Sierra Michis and the Sierra Urica. The area between these two Sierras has several plateaus and small hills, separated by valleys and canyons of varying depth. 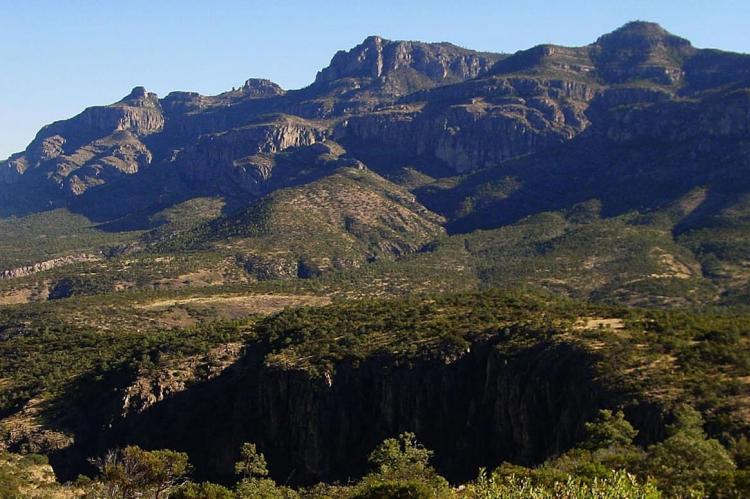 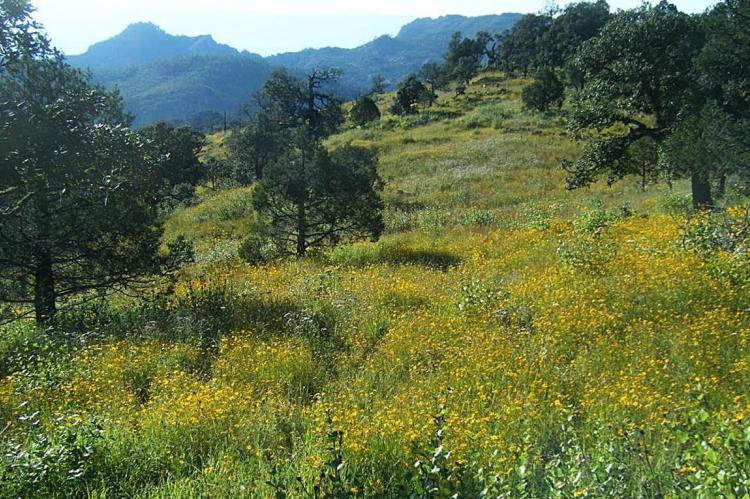 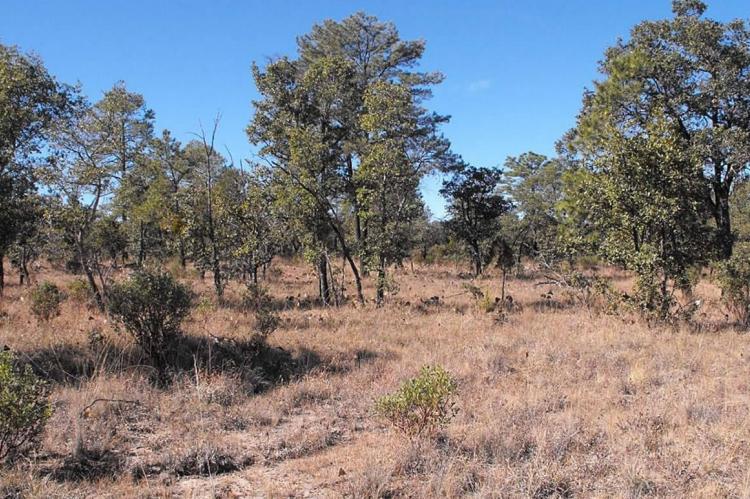 The La Michilía Biosphere Reserve is a natural protected area in Mexico, located 75 km (47 mi) south of Durango in the Sierra de Michis, a branch of the Sierra Madre Occidental. It comprises 9,421 ha (23,280 acres) and was declared a biosphere reserve in 1977. Its core area is Cerro Blanco, of approximately 3,000 ha (7,400 acres)

The reserve's physiographic limits are two mountain ranges: the Sierra Michis and the Sierra Urica. The area between these two Sierras has several plateaus and small hills, separated by valleys and canyons of varying depth. The Sierra de Michis consists of igneous rock of the tertiary period.

In the reserve, the topography is marked by a high degree of relief. There are several ephemeral streams and lagoons, besides the two permanent streams, Laurel to the west and Temascal to the southeast. There are also marshy meadows in the core area. Pine and Holm oak forests cover the greater part of the reserve.

Its forests act as a catchment area for two basins that are important for the region’s agriculture. The Reserve hosts 770 species of vascular plants.

The fauna in the reserve is predominantly of Nearctic origin with North American affinities. The Imperial Woodpecker (Campephilus imperialis) used to live in the area but is now extinct. The Mexican Gray Wolf (Canis lupus baileyii) and the American Black Bear (Ursus americanus) have been reintroduced in the Reserve.

Among the most important vertebrate species are the White-tailed Deer (Odocoileus virginianus), the Puma (Puma concolor), the Coyote (Canis latrans), the Wild turkey (Meleagris gallopavo), the Thick-billed Parrot (Rhynchopsitta pachyrhyncha) and the Golden Eagle (Aquila chrysaetos).

More than 500 inhabitants live in the buffer zones and 30,000 in the transition areas, engaged in agriculture, forestry and cattle ranching. They have traditionally maintained their authority of decisions related to the management of resources in their grazing and farming activities.

The La Michilía Biosphere Reserve's management plan considers external pressures for the use of natural resources in the area, as well as local knowledge of resource management.

An association is being formed under the control of the government of the State of Durango and the scientific direction of the Institute of Ecology, to coordinate the activities of the communal farm and small graziers, in order to protect the fauna and flora and to test new systems for the management of natural resources.