The Monarch Butterfly Biosphere Reserve protects key overwintering sites for the monarch butterfly. The millions of monarch butterflies that return here every year bend tree branches by their weight, fill the sky when they take flight and make a sound like light rain with the beating of their wings. 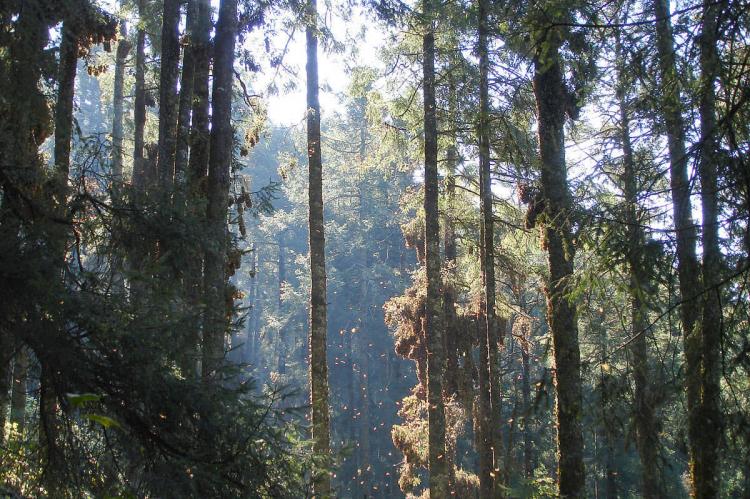 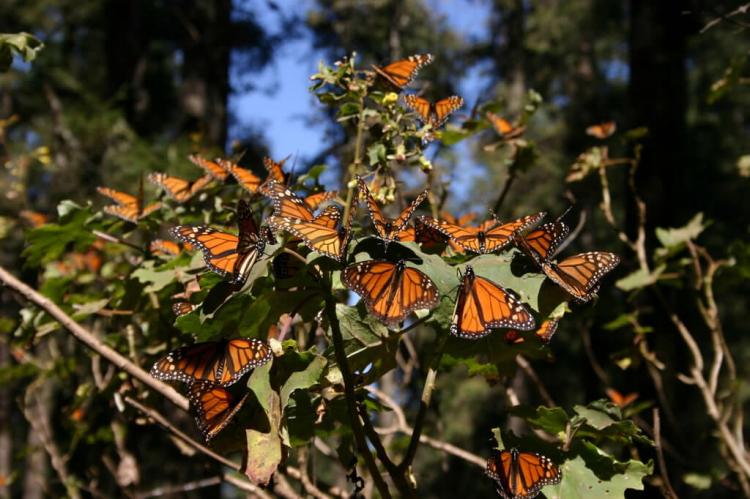 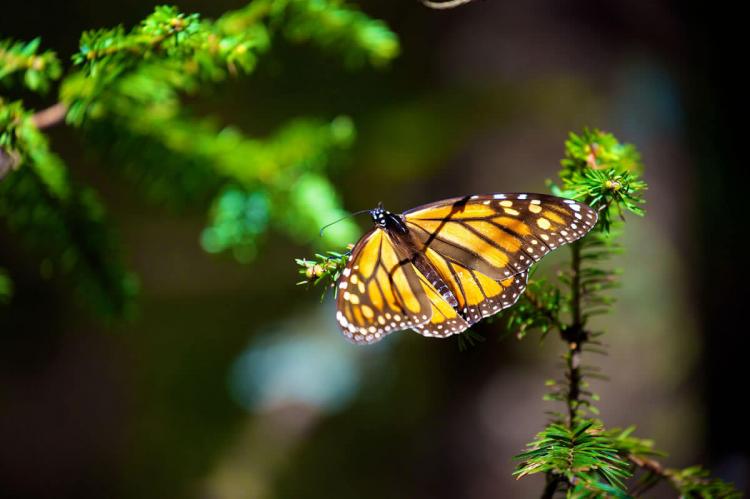 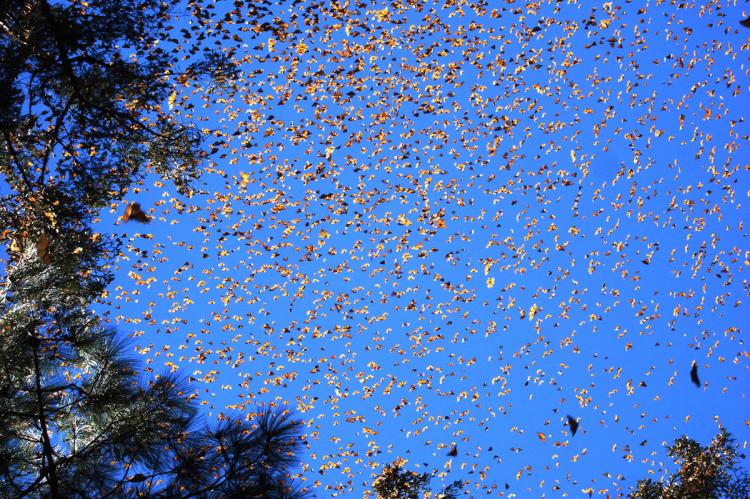 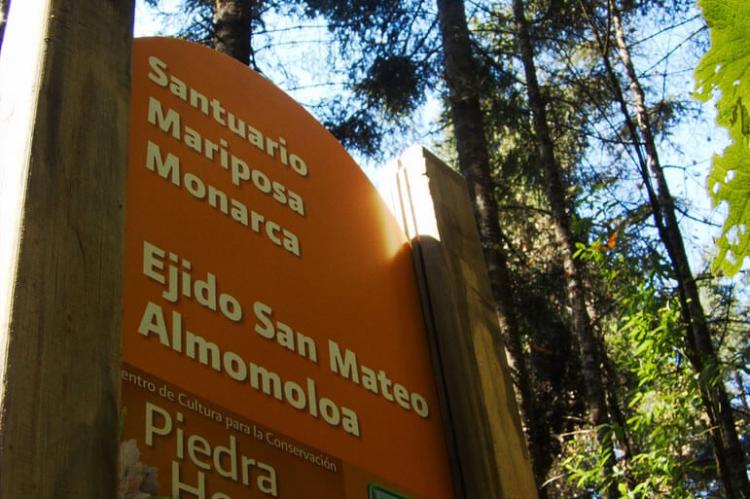 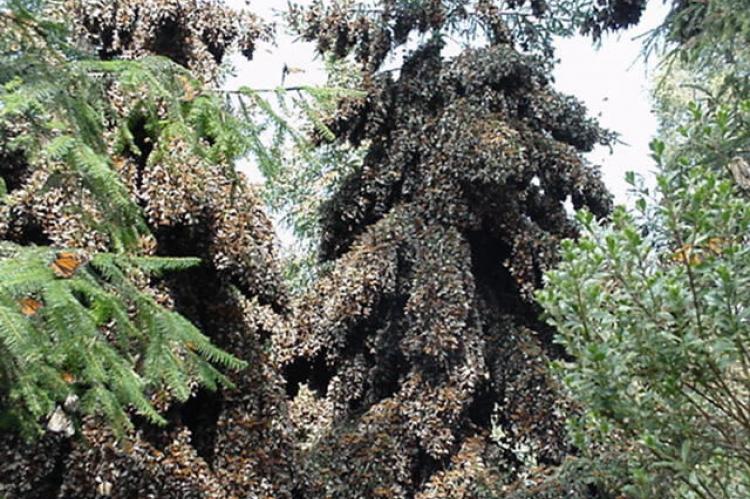 The millions of monarch butterflies that return to this World Heritage site every year bend tree branches by their weight, fill the sky when they take flight and make a sound like light rain with the beating of their wings.

The 56,259 ha (139,000 acres) Monarch Butterfly Biosphere Reserve lies within rugged forested mountains about 100 km (62 miles) northwest of Mexico City. Butterflies only inhabit a fraction of the reserve from October–March. The biosphere’s mission is to protect the butterfly species and its habitat.

Every autumn, millions (perhaps a billion) butterflies from wide areas of North America return to the site and cluster on small areas of the forest reserve, coloring its trees orange and literally bending their branches under their collective weight.

In the spring, these butterflies begin an eight month migration that takes them all the way to eastern Canada and back, during which time four successive generations are born and die. How they find their way back to their overwintering site remains a mystery.

The property protects eight of these colonies and an estimated 70% of the total overwintering population of the monarch butterfly’s eastern population.

The Mariposa Monarca Biosphere Reserve is located in a region where conservation of the natural heritage is a challenge because of its unique physical, geomorphological, climatic, hydrological and biogeographic features. However, even more so because it is here that every year millions of Monarch butterflies (Danaus plexippus) complete their migratory cycle, migrating from Canada and the United States.

It is an important catchment area for rainfall, feeding numerous water bodies in the States of Michoacán and Mexico. It is also the habitat of various endemic species from the center of the country and particular mention may be made of Pinus martinezii, Ambystoma ordi-narium and Regulus calendula.

As it is a transition zone between the Nearctic and Neotropical regions, attached to the Southern Sierras Province of the Mesoamerican Mountain Region, it hosts an enormous biodiversity due to the convergence of flora and fauna from both biogeographical regions. Partial studies have reported 198 species of vertebrates, 493 species of vascular plants, and some 100 species of fungi.

The wildlife in the area ranges from the sub-tropical to the sub-arctic including a number of species that are endemic only to this area. These include white-tailed deer (Odocoileus virginianus), coyotes (Canis latrans), long-tailed weasels (Mustela frenata), grey foxes (Urocyon cinereoargenteus), rabbits (Sylvilagus spp.), crows (Corvus corax), turkey buzzards (Cathartes aura), horned owls (Bubo virginianus)(A), as well as various types of hummingbirds, reptiles and amphibians.

Deforestation is on the Rise in Megadiverse Colombia
Oct 8, 2020 - 11:34
END_OF_DOCUMENT_TOKEN_TO_BE_REPLACED