Monte Roraima National Park is located in northern Brazil, containing plateau and montane ecosystems. It includes the Brazilian section of Mount Roraima as well as part of the Pacaraima Mountains which separate Brazil from Venezuela and Guyana. 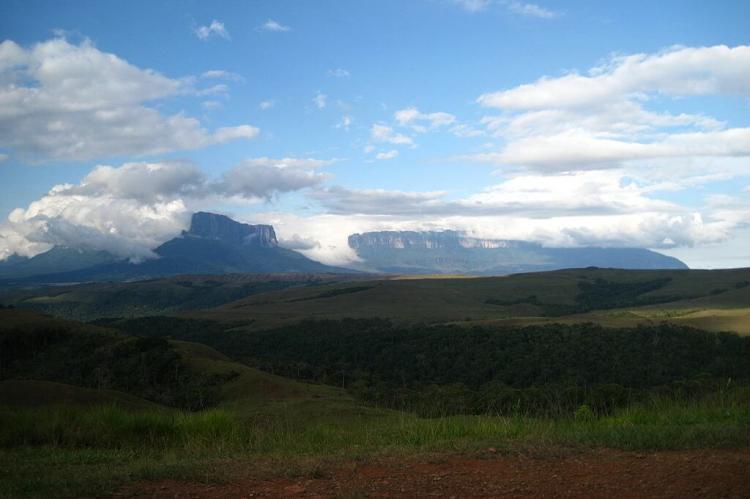 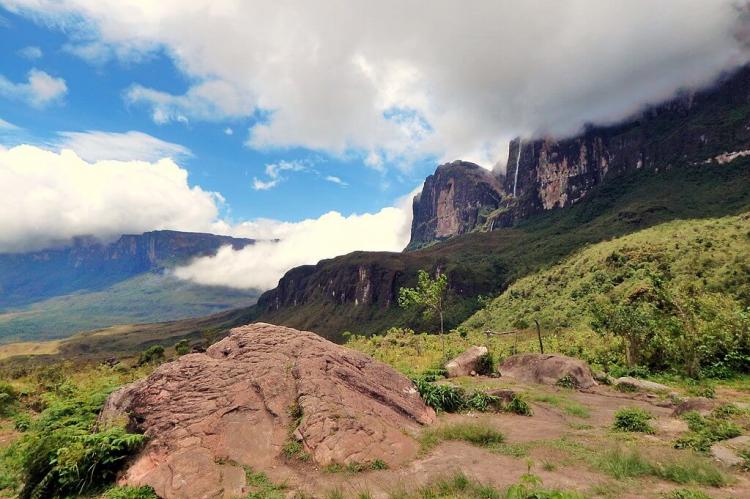 Monte Roraima National Park is located in northern Brazil within the state of Roraima. It includes the Brazilian section of Mount Roraima as well as part of the Pacaraima (or Pakaraima) Mountains which separate Brazil from Venezuela and Guyana. It covers an area of 116,747.80 ha (288,490 acres).

The park is named after Mount Roraima, the highest of the Tepui mountains at almost 3,000 m (9,800 ft) and one of the highest of the Pacaraima chain. The mountain has a flat top that holds a monument, the Marco da Triplice Fronteira (Three Borders Landmark), where the borders of Venezuela, Guyana and Brazil meet.

The Tepui mountains typically have large, flat table tops fringed by steep and partially denuded cliffs, which are surrounded by broad pediments cut with ravines that merge into the lower dissected reliefs of the Pacaraima range. The Serra do Sol mountain range to the southeast has altitudes up to 2,400 m (7,900 ft).

Monte Roraima National Park contains the sources of the most northerly rivers that flow south into the Branco River basin. These include:

The region has diverse landscapes that should help conserve biodiversity, although it is lacking space. It contains an 9,900-ha (24,000-acre) area of savanna, 8.7% of the total area. This area includes forest, woodland, park and grassland.

There are various endemic species adapted to the harsh mountain climate where temperatures may range from 4 to 25 °C (39 to 77 °F) in a 24 hour period.