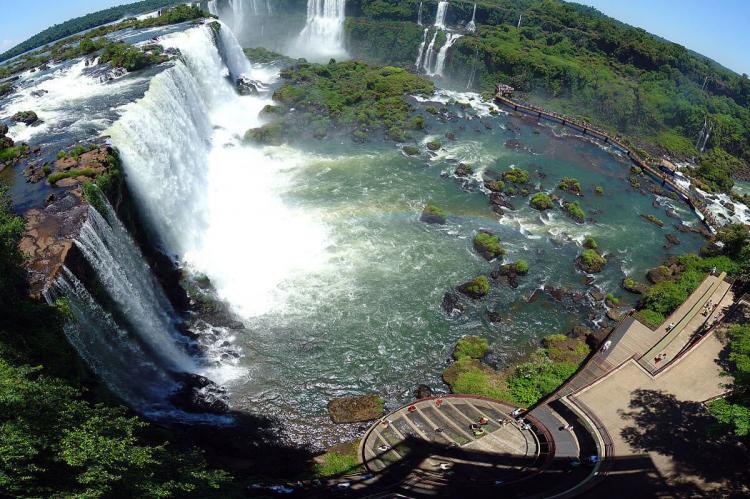 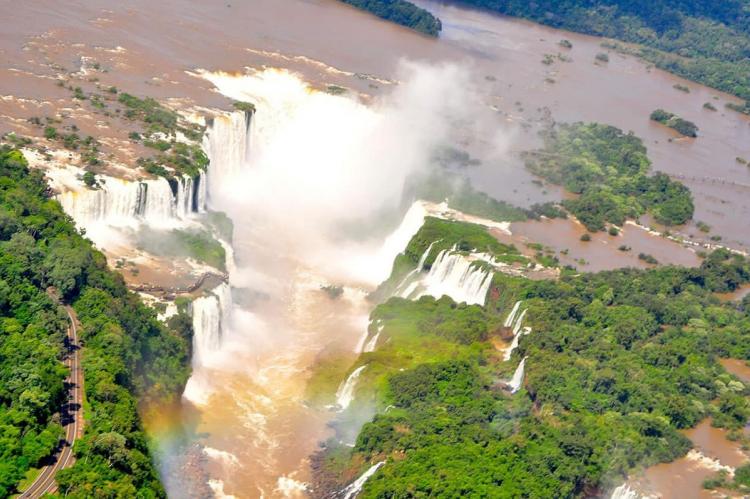 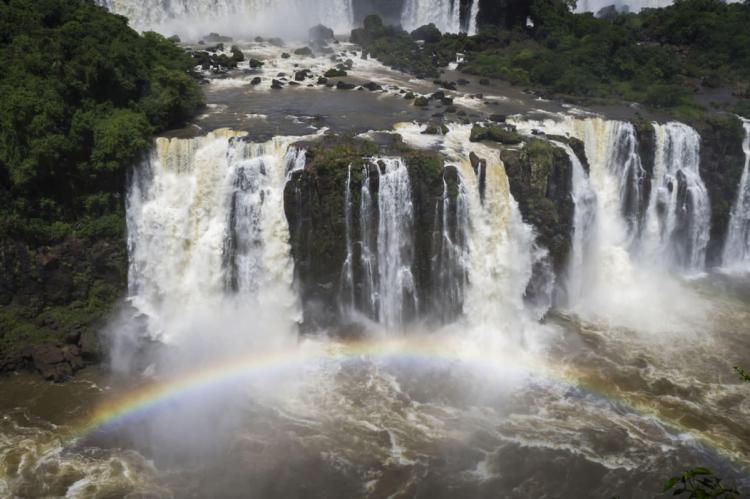 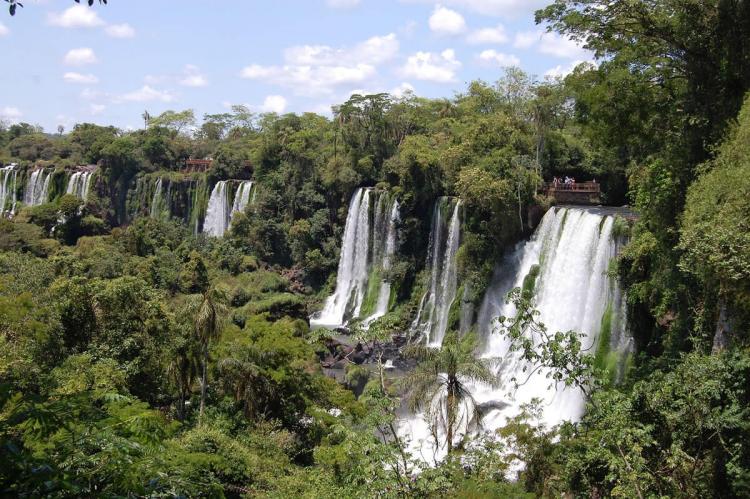 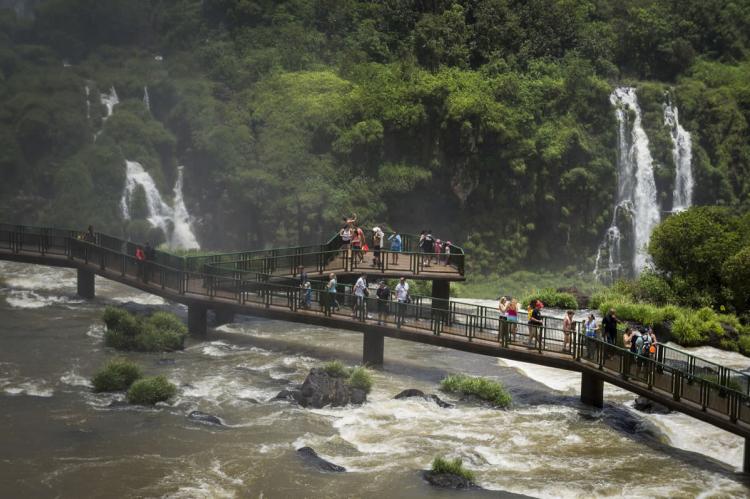 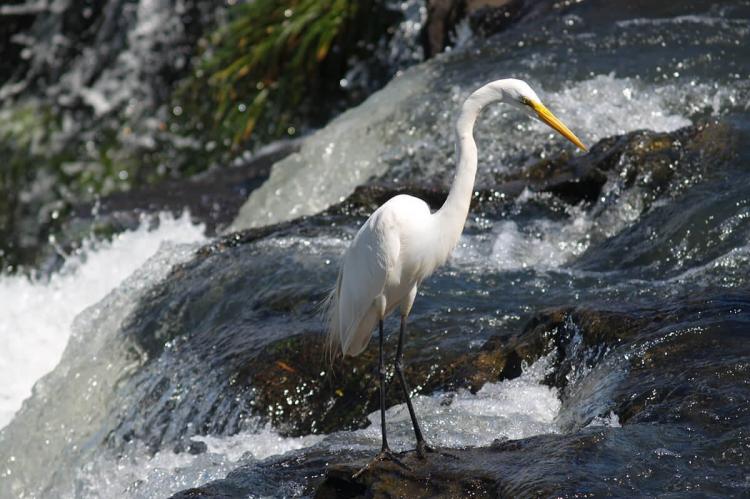 The Iguaçu Falls occur along a wide span where the Iguaçu (Iguazu) River, flowing westward and then northward, tumbles over the edge of the Paraná Plateau before continuing its course in a canyon. They are known as the Iguazú Falls on the Argentinian side of the border.

Also known as Cataratas do Iguaçu or Saltos do Iguaçu, are a series of cataracts on the Iguaçu River, 23 km (14 mi) above its confluence with the Upper Paraná River, at the Argentina-Brazil border.

The falls resemble an elongated horseshoe that extends for 1.7 mi (2.7 km) are nearly three times wider than Niagara Falls in North America and significantly greater than the width of Victoria Falls in Africa.

Numerous rocky and wooded islands on the edge of the escarpment over which the Iguaçu River plunges divide the falls into some 275 separate waterfalls or cataracts, varying between 60 and 82 m (200 and 269 ft) in height.

The falls occur along a wide span where the Iguaçu River, flowing westward and then northward, tumbles over the edge of the Paraná Plateau before continuing its course in a canyon.

Many of the individual falls are broken midway by protruding ledges; the resultant deflection of the water, as well as the spray that arises, creates an array of rainbows.

Both properties, together with some protected areas, are contiguous major remnants of the interior Atlantic Forest. The Atlantic Forest was once a much larger forest area along the junction of the Iguaçu and Paraná rivers where Paraguay, Argentina, and Brazil converge.

Iguaçu National Park was legally established as a national park by the Federal Government in 1939 and was twice expanded in 1944 and 1981, thus reaching its current size. Iguaçu National Park is a full protected area restricted to the non-destructive use of natural resources.

The area is managed by the Chico Mendes Institute for Biodiversity Conservation (ICMBio), a federal autarchy attached to the Brazilian Ministry of Environment, and an integral part of the Brazilian Environmental National System (SISNAMA).

The landscape is the result of volcanic processes dating back 500 million years, which forged its stunning geomorphological features.

The Park's main attraction — and a major destination for international and domestic tourism — is the impressive waterfalls system of the Iguaçu (or Iguazú) river, renowned for its visual and acoustic beauty, which spans nearly 3 km (1.8 mi) with vertical drops of up to 80 m (262 ft).

The river, named after the indigenous term for "great water," forms a semi-circle in the heart of the two parks and constitutes the international border between Argentina and Brazil before flowing into the mighty Paraná River, 25 km (15.5 mi) downstream from the park.

The property houses the single entirely preserved hydrographic basin of the State of Paraná, the basin of the Floriano River.

Today they are mostly surrounded by a landscape that has been strongly altered due to heavy logging, both historic and into the present, the intensification and expansion of both industrial and small-scale agriculture, plantation forestry for pulp and paper and rural settlements.