The Jesuit Missions of Paraguay, La Santísima Trinidad de Paraná and Jesús de Tavarangue, are part of a series of 30 missions in the Río de la Plata basin established by the Society of Jesus (the Jesuits) during the 17th and 18th centuries. 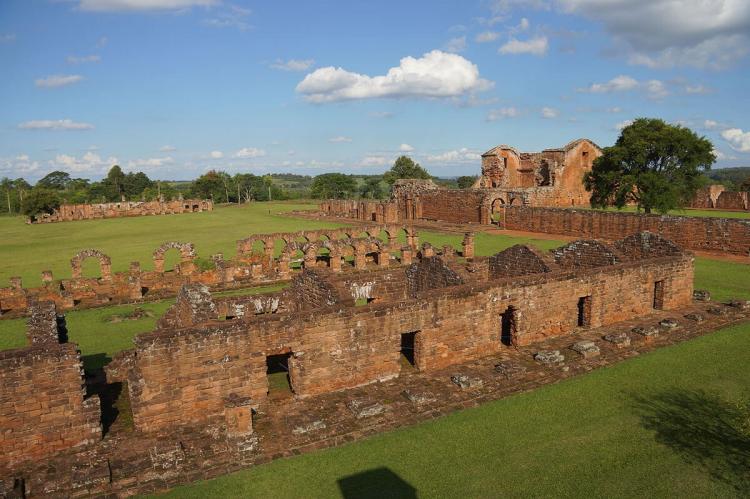 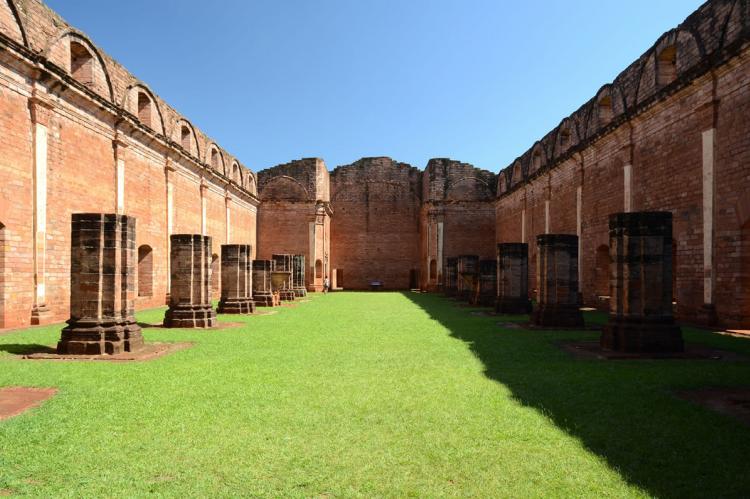 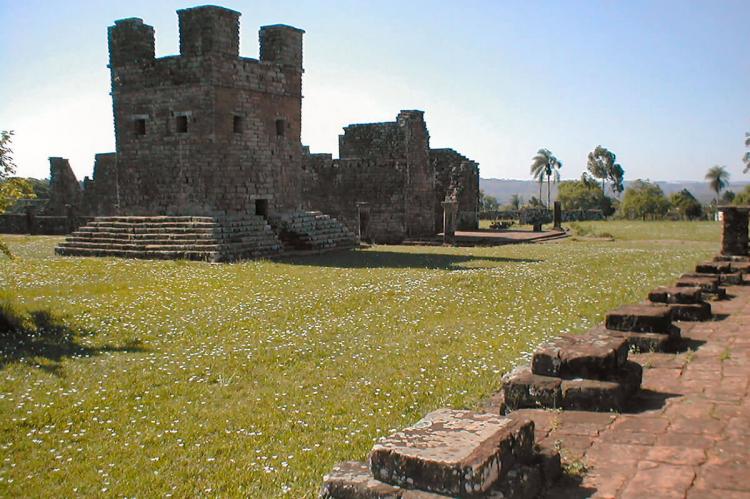 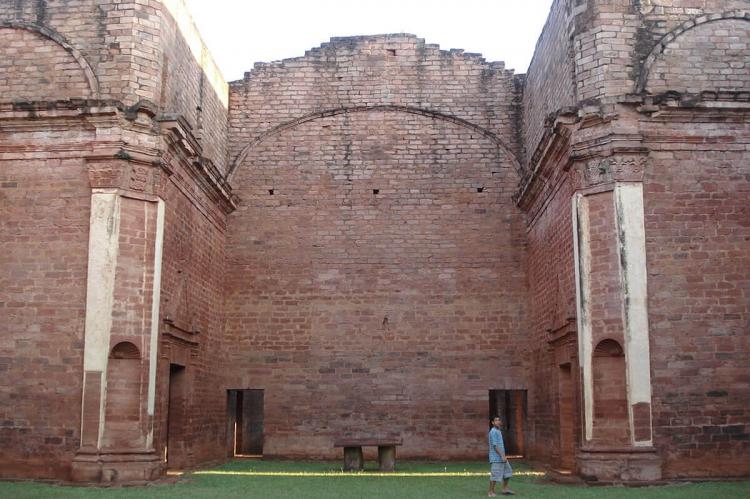 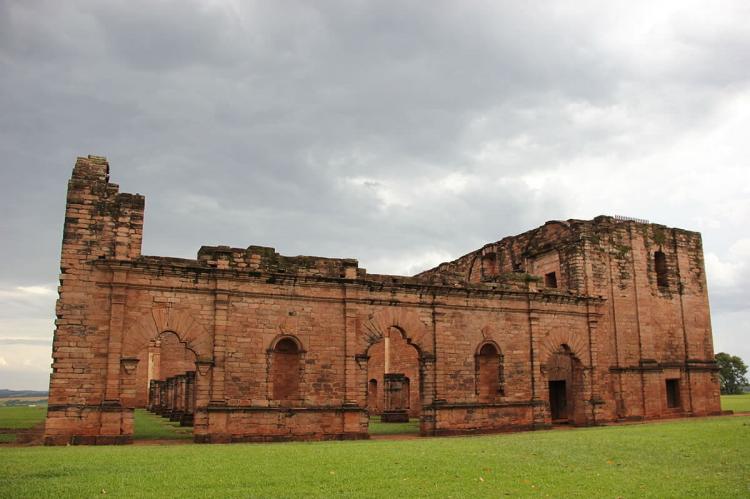 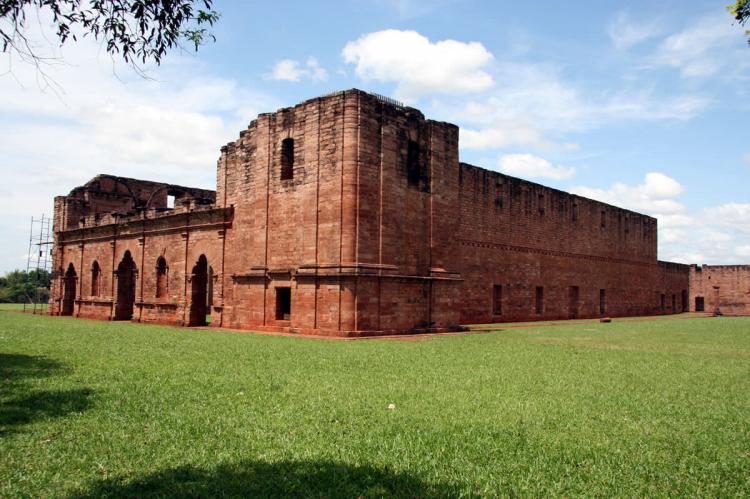 The Jesuit missions of Paraguay are considered some of the most impressive creations of the religious work of the Jesuits and are testimony of the historical richness of the country. They are located in the Itapúa Department of Paraguay.

The Jesuit reductions (reducciones)) were a type of settlement for indigenous people, specifically in the Rio Grande do Sul area of Brazil, Paraguay and neighboring Argentina.

The Jesuit missions of Paraguay were a remarkable historical social experiment and have been the subject of much resarch and writing. These missions or reductions, now both in ruins, played a significant role in the history, as well as the culture, of Paraguay.

Two of the most famous of these are the Missions of La Santísima Trinidad de Paraná and Jesús de Tavarangue which are now a UNESCO World Heritage Site.

The Spanish king signed an order expelling the Jesuits from the Americas and this ended the communities in 1767.

The Jesuit Missions of La Santísima Trinidad de Paraná and Jesús de Tavarangue, are part of a series of 30 missions in the Río de la Plata basin established by the Society of Jesus (the Jesuits) during the 17th and 18th centuries. Seven of these missions were located in Paraguay and the rest in the present-day countries of Argentina and Brazil.

The mission complexes were attached to reducciones (settlements) and are evidence of a unique urban scheme. While each period had a singular style, all combined indigenous elements with Christian attributes and symbolism exhibiting Baroque, Romanesque and Greek influences, as part of an unprecedented process of acculturation.

The Jesuits arrived in the Guayrá in 1588. With the permission of King Philip II of Spain, the missionaries' goal was to Christianize the indigenous population as well as to protect them from the colonial labor system of encomienda, a condition of virtual slavery.

The inhabitants were brought together and encouraged to adopt a sedentary form of life and the Christian religion but unlike other missions in the New World, they were not forced to "Europeanize."

Many indigenous traditions were retained and encouraged such as the cultivation of yerba mate (Ilex paraguarienses - te jesuita), which continues to be a representative regional product today.

These two Jesuit missions of Paraguay, both World Heritage Sites, are located about 10 km (6 mi) apart and each is surrounded by its own buffer zone. Although today the missions are essentially archaeological ruins, their original layout followed, generally, a similar form with the church providing the basic unit, the urban core and the center of spiritual life.

Next to the church stood the residence of the Fathers, with the houses of the Caciques close by. The rest of the mission was composed of the yard, cloisters of workshops, garden, the Tupa Mbaé, cemetery, and jail.

Adjacent to the church, there was a large square facing the four cardinal points, with crosses or statues and shrines in the four corners. Streets 16 or 18 m (52 or 59 ft) in width radiated from the squares. The houses for the indigenous residents were arcaded blocks 60 m (196 ft) square.

The Mission of La Santísima Trinidad del Paraná, built in an area which is now Southern Paraguay, stands as the best preserved urban complex. Although it was established in 1706, later than many of the reducción, it was also the most ambitious of the missions with a complex of buildings covering an area of about 8 hectares.

The large stone church had a fine dome and impressive decoration. It was built around 1745 according to the design of the Milanese architect Juan Bautista Prímoli. In addition to the main church, evidence survives of the small church, college or school, cloister, cemeteries, kitchen gardens, belfry, native houses, and workshops.

The urban structure of Jesús de Tavarangue, founded in 1685 in what is now Alto Parana, survives as an archaeological ruin. This mission was moved several times before it was established in the Itapúa Department in Paraguay in 1760.

It consisted of the church (which remained unfinished), the Major Square, the school attached to the church of which only one room survives, and houses for orphans and widows known as Coty Guazú or Great House. The mission also had an orchard for priests.

The Mission of Jesús de Tavarangue as an architectural expression is characterized by the combination of architectural styles. The Mudéjar (Christian-Arab) style is especially reflected with the use of the trefoil arch.

There are no other architectural examples of this style, from the Jesuit era, in the region that formerly constituted the Province of Paraguay or Paracuaria.