La Moneda Palace is the seat of the President of the Republic of Chile. It also houses the offices of three cabinet ministers and occupies an entire block in downtown Santiago, in an area known as the Civic District. It was the site of a 1973 military coup d'état against President Salvador Allende. 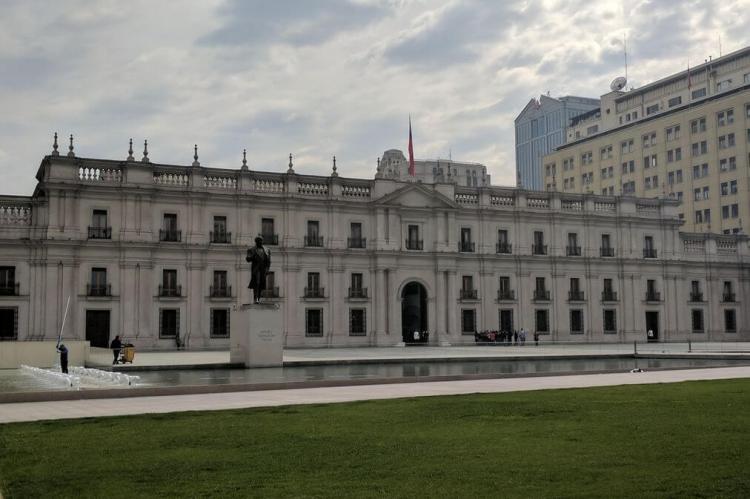 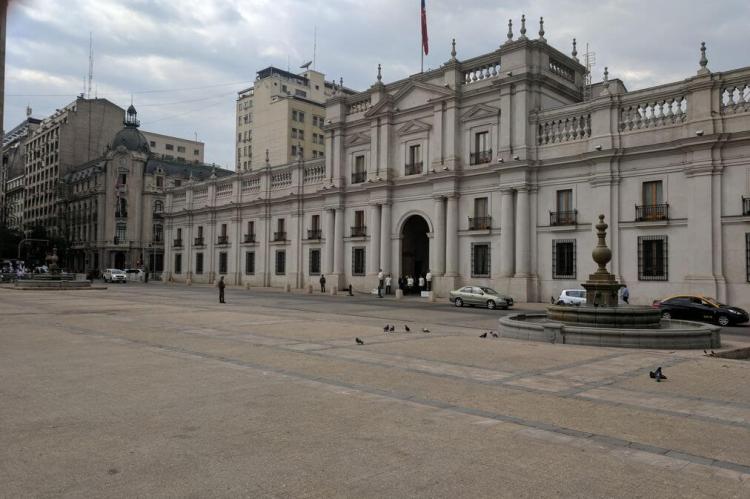 La Moneda, originally a colonial mint house, was designed by Italian architect Joaquín Toesca. Construction began in 1784 and was opened in 1805, while still under construction. The production of coins in Chile took place at La Moneda from 1814 to 1929.

Reconstruction and restoration projects of the damage caused were completed in March 1981, although some bullet marks have been preserved and can still be seen today.

During the 1973-1980 restorations, an underground office complex (the so-called "bunker") was built under the front square to provide a safe escape for General Augusto Pinochet in case of an attack.

During President Ricardo Lagos's administration, the palace's inner courtyards were opened to the public during certain hours of the day. Lagos also re-opened Morandé 80, a gate used by Chilean presidents to enter the palace since the early 20th century.

It was eliminated during the restoration of the palace as not being in the original plans, but was restored because of the heavy symbolism attached to it as being the gate through which Chilean Presidents entered La Moneda skipping the main's gate guard protocol or, in other words, as ordinary citizens of the country. It was also the gate through which the body of President Allende was taken out after the 1973 coup.

A traditional changing of the guard ceremony takes place every two days. A formal ceremony dating back to the 1850's, it lasts about 30 minutes and includes a band playing, troops with horses parading into the square and much pomp and circumstance. The Carabineros de Chile provides the guard unit and band for the ceremony, the guard unit being composed of a Foot Guards battalion and a Horse Guards squadron.