The Pilón-Lajas Biosphere Reserve is located on the far eastern spur of the Andes. It comprises mixed mountain and highland systems: low hills and Amazonian plains covered with tropical humid forests, subtropical and tropical forest, forests in ancient alluvial terraces, plus mountain and valley forests. 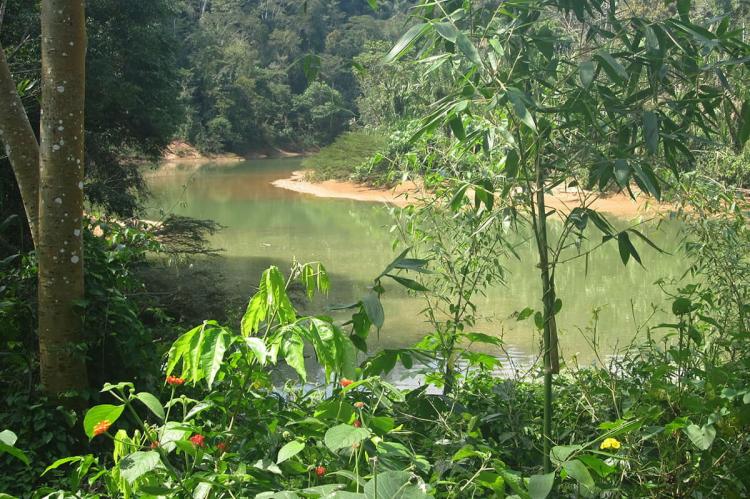 The Pilón-Lajas Biosphere Reserve is located in Bolivia on the far eastern spur of the Andes. The main river that flows in the protected area is the Quiquibey River.

The Biosphere Reserve is located in the departments of La Paz and Beni, in their northern and western parts, respectively, about 350 km (217 mi) northeast of La Paz and 50 km (31 mi) west of San Borja.

The multiethnic Tsimané Moseten Regional Council (Consejo Regional Tsimane Moseten; CRTM) was formed in 1992 and received the title to the reserve as a Native Community Land or TCO in 1997.

Over 160,000 inhabitants live in the Pilón-Lajas region of which 12,000 are Mosetenes, Tacanas and Chimane indigenous people groups who live in settlements inside the Biosphere Reserve, near the rivers and in colonization areas.

Forest timber and unproductive agricultural systems give poor returns and the land is often turned into pasture, a process which threatens sustainable cultures and practices of the indigenous people.

The main management goals are to guarantee territorial rights to indigenous people (Chimane and Mosetén) and promote their participation in the decision making processes in order to implement sustainable practices of natural resources.