San Lorenzo Marine Archipelago National Park, located on San Lorenzo Island, is part of an archipelago in the Gulf of California off the eastern coast of Baja California. The area is protected due to its importance as a habitat for several endangered species. 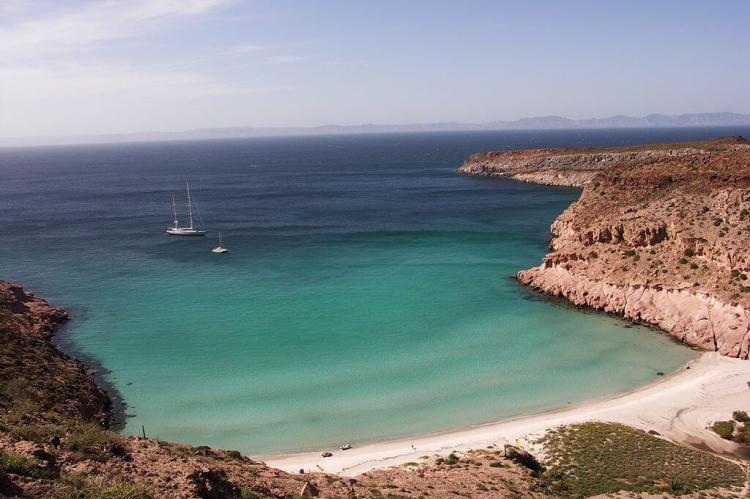 San Lorenzo Marine Archipelago National Park is located on San Lorenzo Island, part of an archipelago in the Gulf of California off the eastern coast of Baja California, Mexico. The area is protected due to its importance as a habitat for several endangered species.

The archipelago is part of the municipality of Mexicali, Baja California. San Lorenzo Island is located southeast of the city, separated by the Salsipuedes Channel.

The archipelago is surrounded by deep, cold water, rich in nutrients. It lies in the center part of the Gulf of California, also known as the Sea of Cortez.

Most of San Lorenzo Marine Archipelago National Park is comprised of maritime area. The small terrestrial portion consists of rugged islands with irregular coastline eroded with many sea cliffs.

The islands of the archipelago exhibit dramatic topological changes where elevation goes from sea level to 485 m above sea level. The highest elevations are found on San Lorenzo Island, towards the southern end.

Created as a marine national park to protect the fragile and important ecosystem of the archipelago, one of the most important ecological areas of the Gulf of California, San Lorenzo Island and surrounding areas are part of a rich ecosystem. This ecosystem is comprised of a large variety of flora and marine fauna.

The rocky shores of the islands teem with life. Mullusks, clams, isopods, lobster and sea cucumbers thrive in these waters. Important pelagic invertebrates gather here also, such as: squid, octopus, and jellyfish. Fish and marine mammals are also prevalent.

The ecosystem of the San Lorenzo Archipelago consists of many varieties of commercially important fish. Swordfish, hake fish and Risso's dolphin are also common in the waters surrounding the islands.