This massive series of fortifications on a rocky promontory was built to protect the important port of Santiago de Cuba. This intricate complex of forts, magazines, bastions and batteries is the most complete, best-preserved example of Spanish-American military architecture. 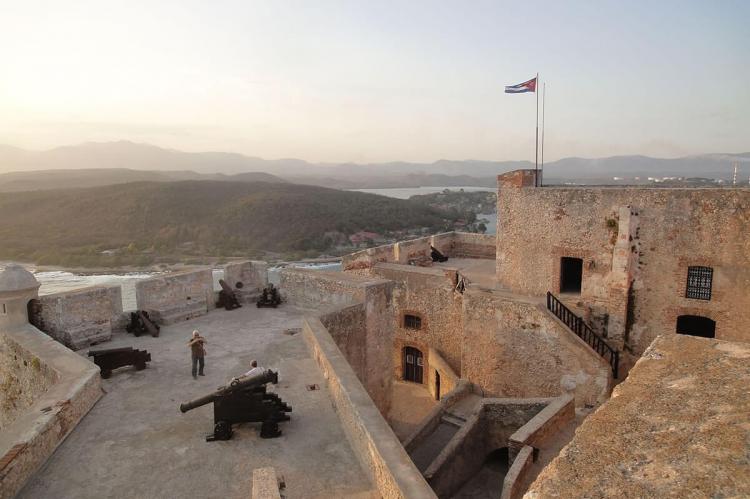 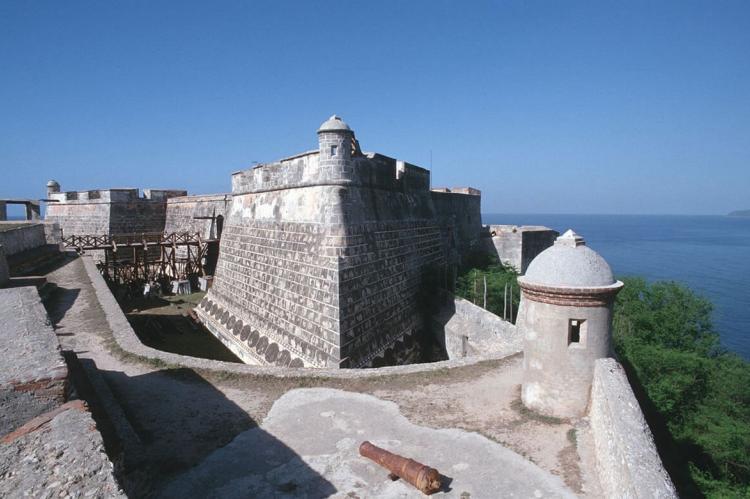 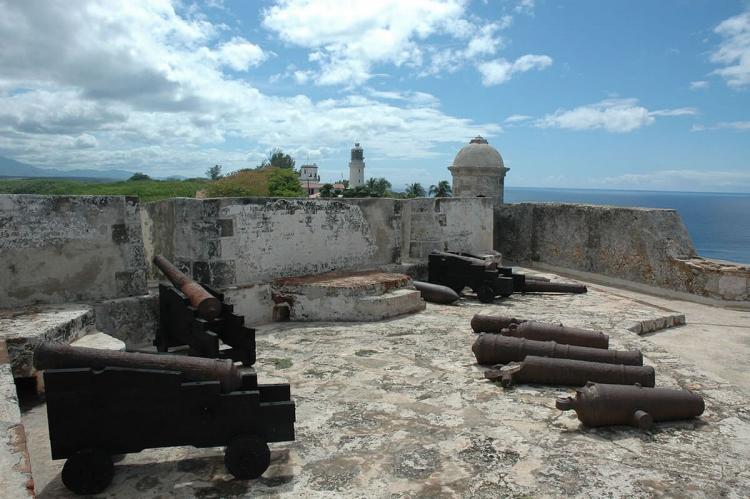 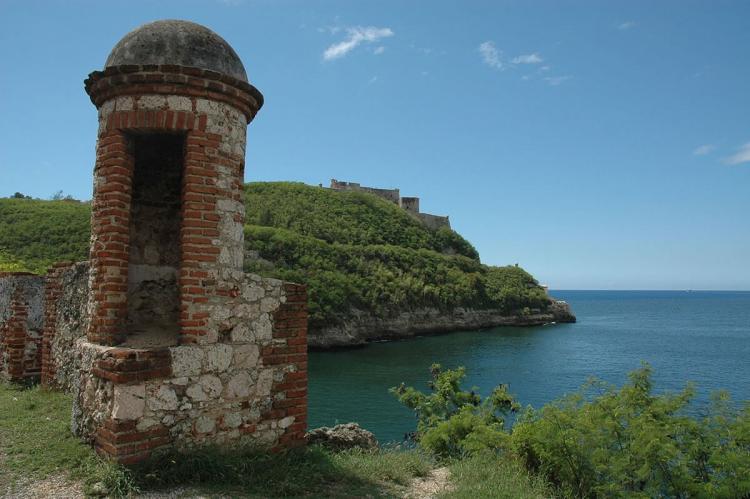 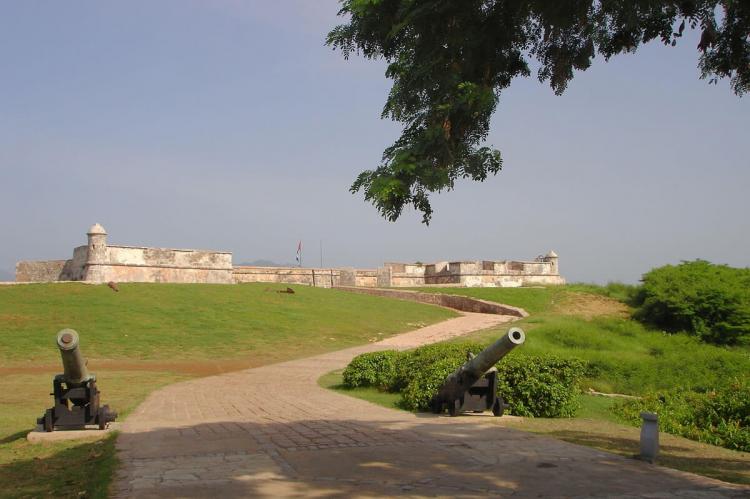 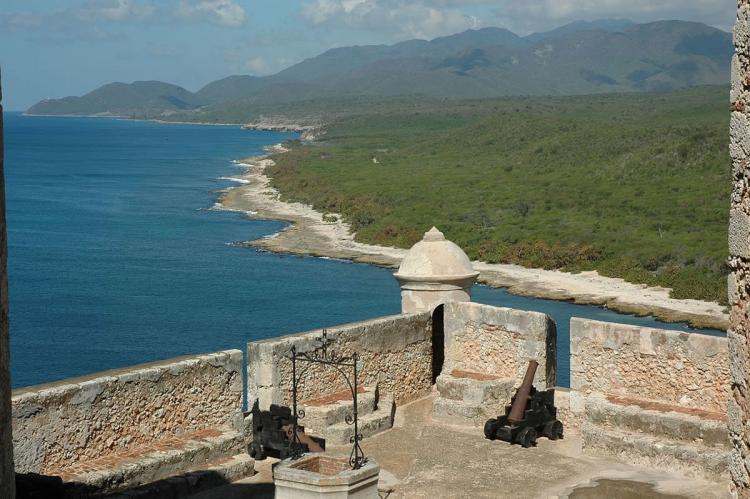 San Pedro de la Roca Castle, a multi-level stone fortress built into a rocky promontory (El Morro) at the southeastern end of the island of Cuba, has guarded the entrance to Santiago de Cuba Bay since 1638. It is located approximately 10 km (6 ;mi) southwest of the Santiago de Cuba city center.

It was designed in the early 1600's by Battista Antonelli, a member of a Milanese family of military engineers, on behalf of the governor of the city ;as a defense against raiding pirates.

San Pedro de la Roca Castle was constructed on a series of terraces, there were four main levels and three large bulwarks to house the artillery. Supplies would be delivered by sea and then stored in the large warehouse, which was cut directly into the rock, or transported up to the top level which housed the citadel.

Construction of the citadel took 62 years, starting in 1638 and finally being completed in 1700, though work on the fortification was spasmodic. Antonelli was recalled to Cuba in 1598, shortly after the massive project was started. Some of the structures from the earlier fortification were later incorporated into the main structure.

Today, this World Heritage site constitutes the largest and most comprehensive example of the principles of Renaissance military engineering adapted to the requirements of European colonial powers in the Caribbean.

San Pedro de la Roca Castle and its associated batteries of La Estrella, Santa Catalina and Aguadores protect the entrance to the bay and port of San Diego de Cuba, which was of great importance because of its geographical situation, its favorable currents and its protected anchorages.

As conflicts between Spain and England grew in the 17th century, the town’s governor ordered the construction of a stone fortress on a strategic point where an earlier ravelin existed, following the designs of the renowned Italian military engineer Juan Bautista (Giovanni Battista) Antonelli.

The fortress was built into the promontory’s steep cliffs in a progression of terraces, one above another, linked by a series of stairways:

To the north lies La Avanzada Fort, which completes the chain of smaller defensive works down the north side of the promontory, consisting of La Estrella Fort and two smaller forts built in the 1660s.

Added later were the Semaphore Tower, the Chapel of Santo Cristo and the Lighthouse, all built in 1840, and two batteries, Scopa Alta and Vigia, built in 1898.

The fortress – which has been repaired, reconstructed and consolidated numerous times due to earthquakes and attacks – declined during the early 20th century due to lack of maintenance, but was restored in the 1960's.