Serra do Gandarela National Park is situated within the Espinhaço Range and harbors a remnant of the Atlantic Forest in Brazil. Waters from the Serra do Gandarela feed the basin of the Das Velhas River which supplies the city of Belo Horizonte and the metropolitan region. 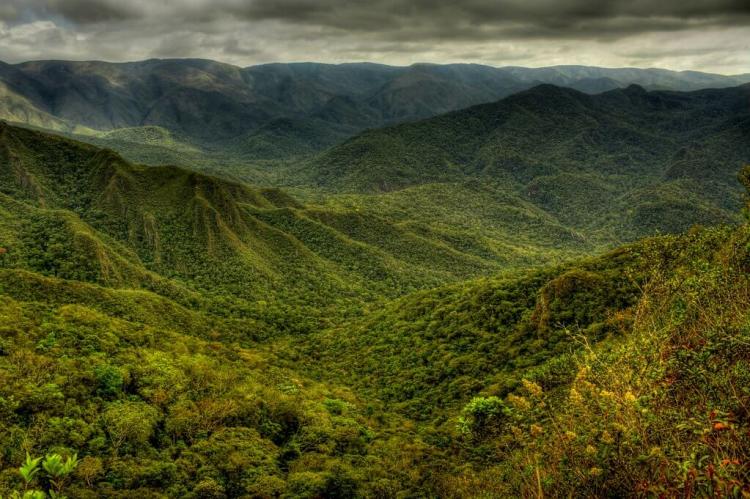 Serra do Gandarela National Park is located in the Brazilian state of Minas Gerais, approximately 40 km (25 mi) from the city of Belo Horizonte, for which it is an important water source. Established in 2014, it has an area of 31,270 ha (77,271 acres).

The national park is situated within the Espinhaço Range and harbors a remnant of Atlantic Forest. Waters from the Serra do Gandarela feed the basin of the Das Velhas River, a tributary of the São Francisco River, the Piracicaba River and the Doce River.

Located in the heart of the Iron Quadrangle, the largest national producer of raw iron ore, the area was also an important gold hub in the 17th and 18th centuries. This is a transition region between the Atlantic Forest and Cerrado biomes which contributes to species diversity.

The Serra do Gandarela contains over 100 caves. Some support unique species and some contain archaeological sites. Nature-related attractions include waterfalls and viewpoints.

The vegetation includes forms of rock fields, graminosos fields, savannas and forests, all in a good state of preservation. The following species found in the area have been identified as having a vulnerable statusː Lychnophora pinaster, Dalbergia nigra, Ocotea odorífera, Melanoxylon brauna, Lychnophora ericoides and Oncidium warmingii.