The Tatacoa Desert is a dry tropical forest region in central Colombia. This arid zone covers an expansive landscape consisting of rocky canyons that form dry labyrinths of red and grey. It is considered one of the largest vertebrate fossil sites within the Americas. 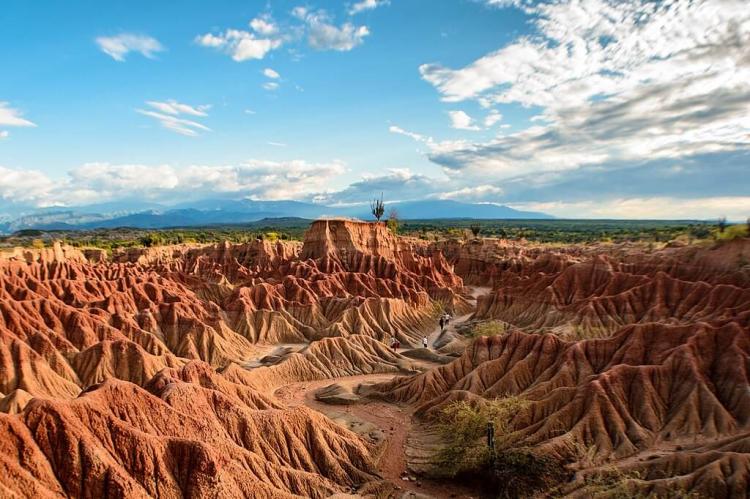 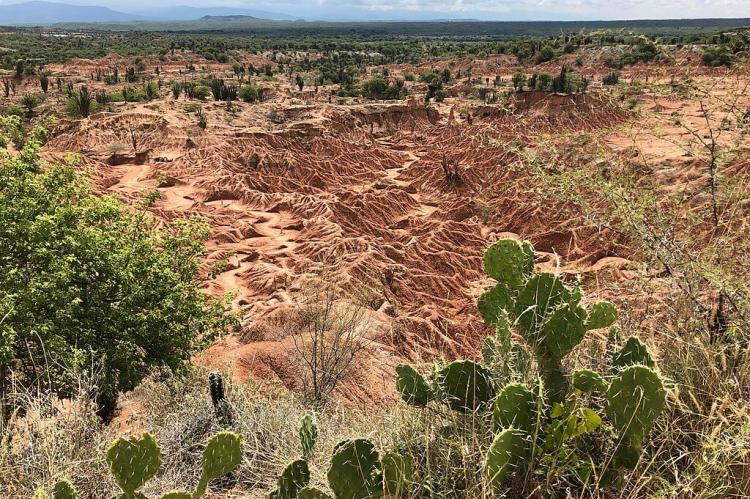 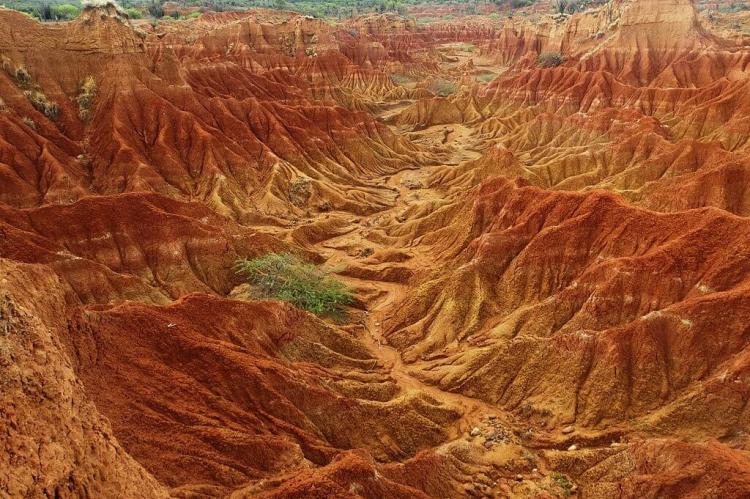 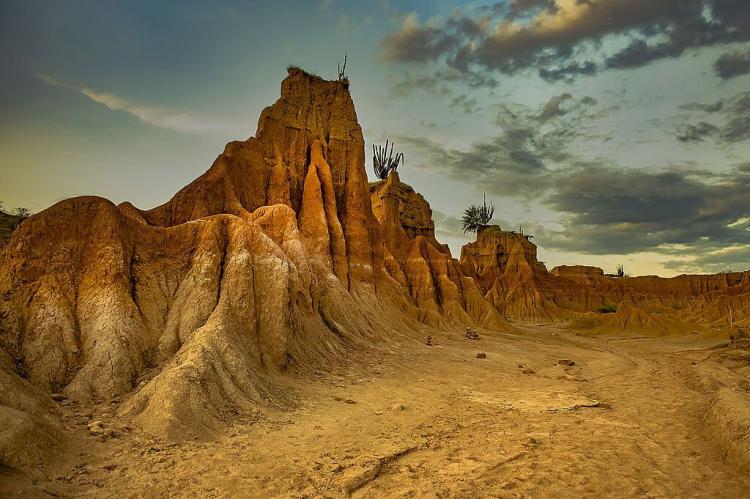 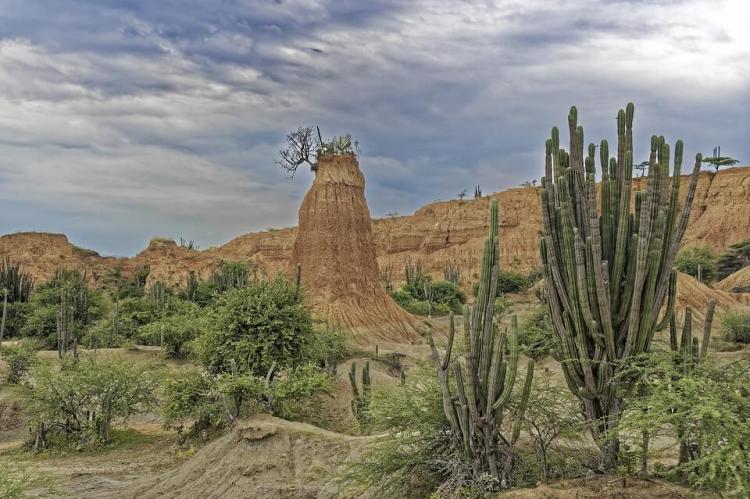 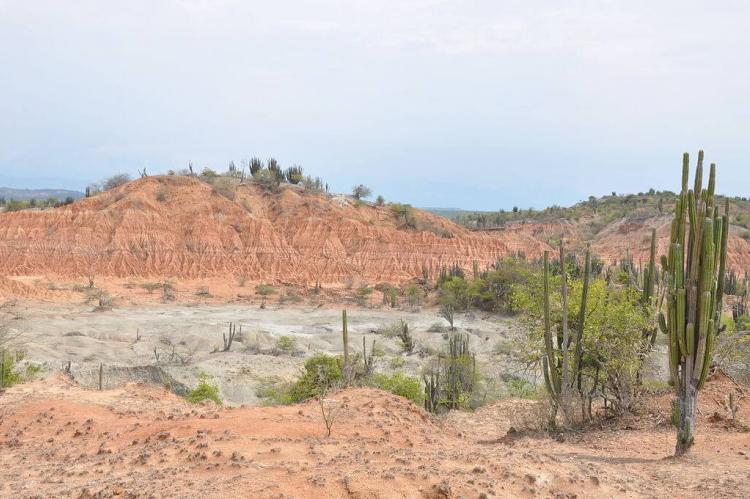 The Tatacoa Desert occupies approximately 340 sq km (130 sq mi) in the northern part of the Huila Department in central Colombia. The region includes the municipality of Villavieja as well as the villages of San Alfonso, Potosí, La Victoria, Polonia and Hato Nuevo.

Tatacoa is not truly a desert but rather a dry tropical forest, part of the Magdalena Valley dry forests ecoregion. Its expansive landscape consists of rocky canyons whose red and grey colors are interrupted by the occasional green of a cactus or bush.

The area is heavily eroded and crossed by dry canyons that develop transiently in the winter months. These shapes are created on clay surfaces, creating labyrinthine gullies in the landscape that can reach 20 m (65 ft) in depth.

The Tatacoa Desert, or "Valley of Sorrows," as it was called in 1538 by the conquistador Gonzalo Jiménez de Quesada, is the second largest arid zone in Colombia after the Guajira Peninsula. It is renowned as a rich deposit of fossils and is a tourist destination. In addition to its geography, its atmospheric conditions are ideal for astronomy.

During the Tertiary Period, the region was wetter and was a lush forest full of vegetation and animals. However, it has been gradually drying up. There is relatively little runoff and animal and plant life has adapted to conditions of low humidity and high temperatures.

Today, earth and rock stand where trees and flowers once stood, contrasting the ever-present Andes mountains that stand in the distance. The landscape is divided into two areas: Cuzco, tinted in a deep ochre; and Los Hoyos, colored in an ashy grey.

Tatacoa is considered one of the largest vertebrate fossil sites within the Americas. Because of the evolution of its land layers and the conditions that have facilitated the accumulation of specimens, the fossils represent prolonged periods, thus allowing for an understanding of the geological evolution in the Cenozoic era.

The region presents the most varied paleontological record for the Miocene and Pleistocene periods within Colombia and within the continent.

The flora in this area are adapted to climatic conditions through the development of horizontal roots of up to 30 m (100 ft) and vertical roots up to 15 m (50 ft) deep that facilitate access to water. Plant life includes cacti reaching between 4 - 5 m (13 - 16 ft) high.