The Teatro Colón is an opera house in Buenos Aires, Argentina, that is often considered among the finest opera houses in the world. The present opera house opened in 1908, replacing the original theater in the Plaza de Mayo. It later underwent renovations and reopened in 2010. 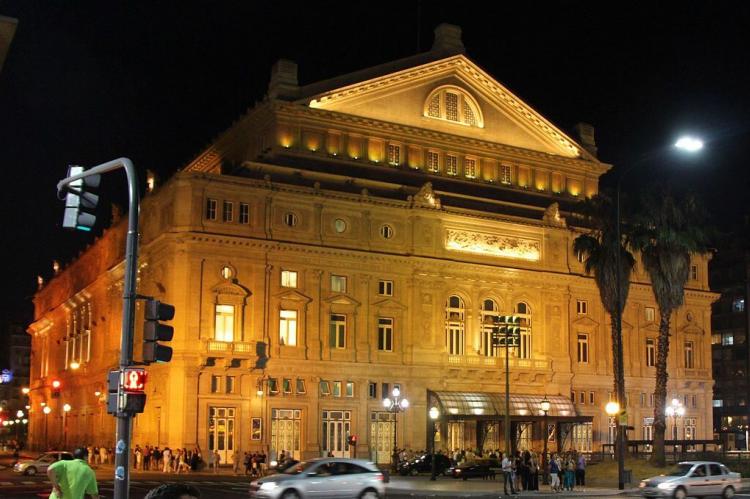 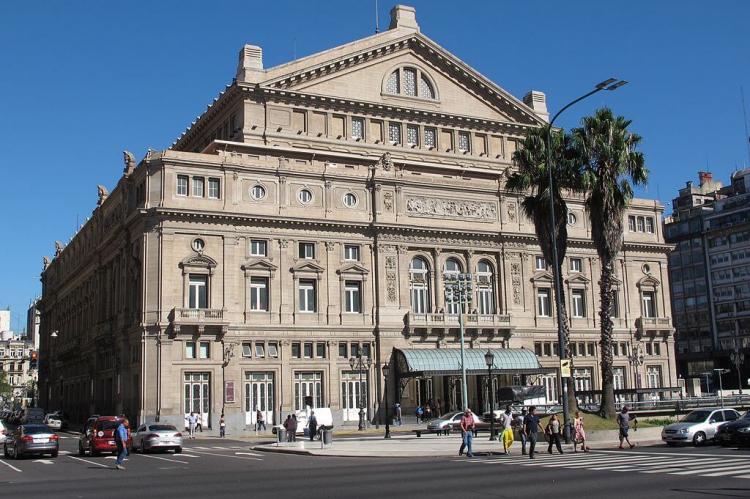 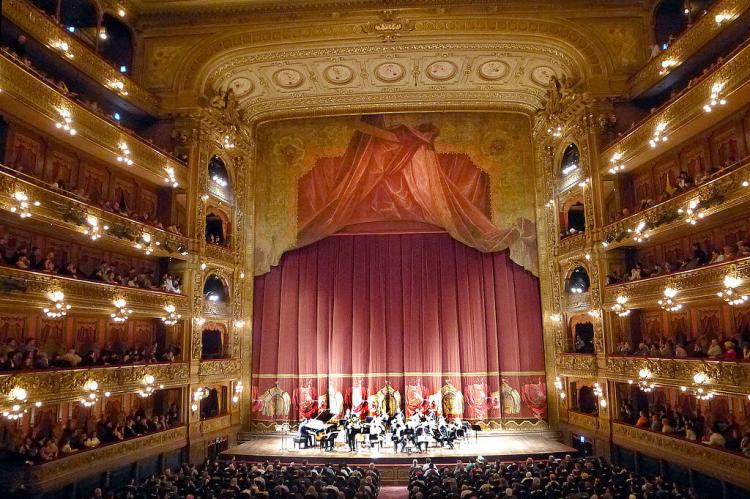 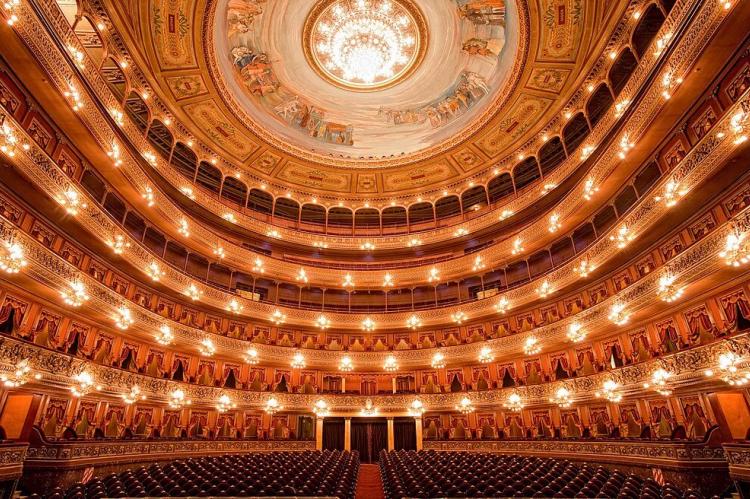 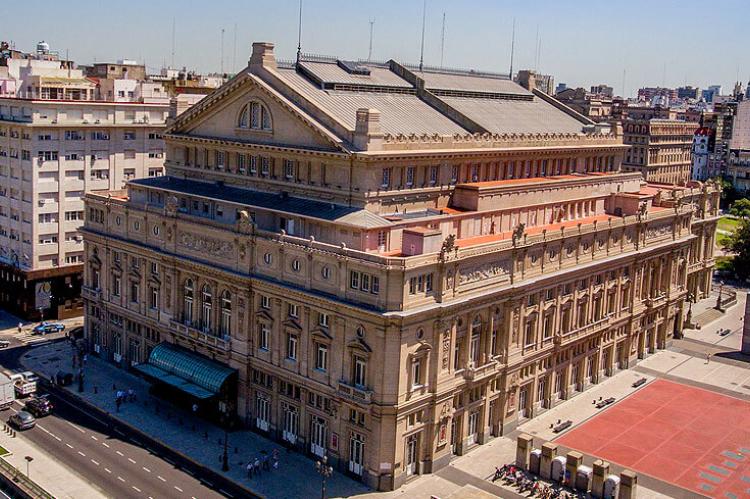 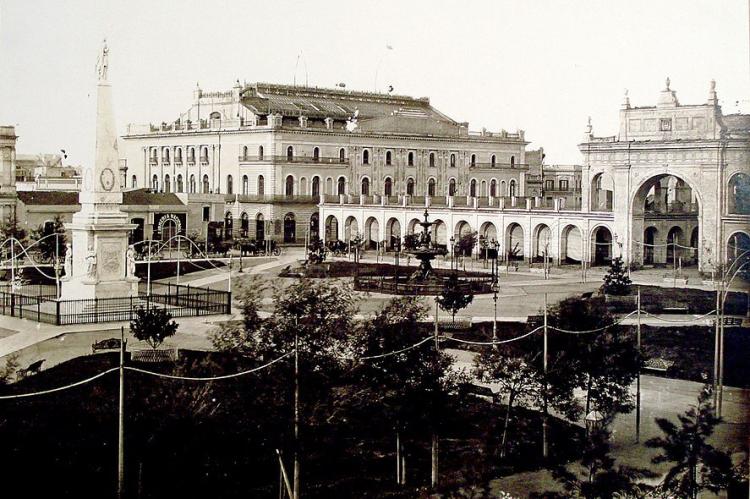 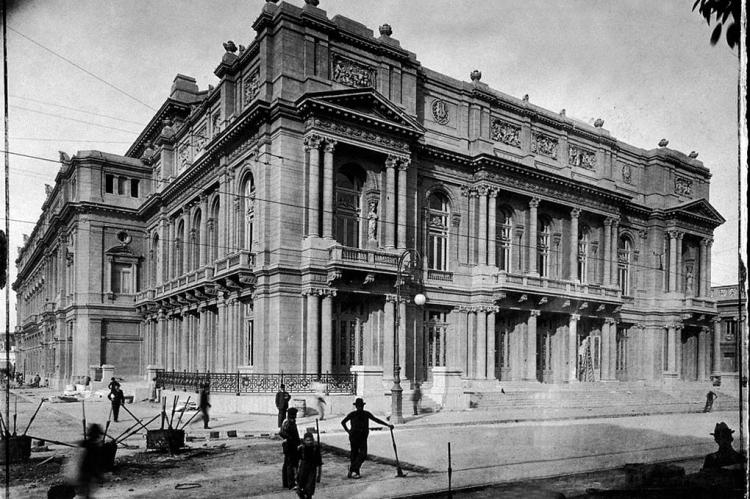 The Teatro Colón (Columbus Theater) is an opera house in Buenos Aires, Argentina, that is often considered among the finest opera houses in the world. The present Colón replaced the original theater which opened in 1857, now the site of the National Bank of Argentina.

The first Teatro Colón, located in the Plaza de Mayo, was designed by Charles Pellegrini and proved to be a successful venue for over 30 years, with 2,500 seats with the inclusion of a separate gallery reserved only for people who were in mourning. The construction started in 1856 and completed in 1857.

This theater was closed on September 13, 1888 to step aside for a new improved building, which was opened twenty years later on Libertad street, overlooking Plaza Lavalle. In that period of time, the 1890 crisis and its effects were the cause for the delay in the completion of the second theater.

The present Teatro Colón is bounded by the wide 9 de Julio Avenue (or Cerrito Street), Libertad Street (the main entrance), Arturo Toscanini Street and Tucumán Street. It is in the heart of Buenos Aires, on a site once occupied by Ferrocarril Oeste's Plaza Parque station.

The cornerstone of the present Teatro Colón was laid in 1889 under the direction of architect Francesco Tamburini and his pupil, Vittorio Meano, who designed a theater in the Italian style on a scale and with amenities which matched those in Europe.

However, delays followed due to financial difficulties, arguments regarding the location, the death of Tamburini in 1891, the murder of Meano in 1904 and the death of Angelo Ferrari, an Italian businessman who was financing the new theater.

The building was finally completed in 1908 under the direction of the Belgian architect Julio Dormal who made some changes in the structure and left his mark in the French style of the decoration. The bas-reliefs and busts on the facade are the work of sculptor Luigi Trinchero.

After nearly twenty years of construction, on May 25, 1908 the Colón finally re-opened its doors and wowed the crowds with Giuseppe Verdi’s opera, Aida. Some parts of the building were still under construction, but the theater still managed to put on 14 operas and 54 functions that same year.

In recent years, given the political and economic circumstances of Argentina, the Teatro Colón suffered considerably, but a period of slow recovery began.

The theater underwent massive phased remodeling of both the interior and the exterior, initially while the house was still open. However, production activities ceased at the end of December 2006 to allow for the full refurbishment.

A private concert to test the acoustics attended by employees, architects, and others involved in the renovation occurred on May 6, 2010.

The house was finally reopened with a gala concert and 3D animations on May 24, 2010, the eve of its own 102nd birthday and the Argentina Bicentennial. Tchaikovsky's Swan Lake and Act 2 of Puccini's La bohème were performed.