Located in the higher parts of Bolivia, with the Peruvian border making up its western boundary, the Ulla-Ulla Biosphere Reserve contains a combination of ecological formations including high plateau, tundra, high cordillera, mountains, lakes, river headwaters and a permanent snow zone. 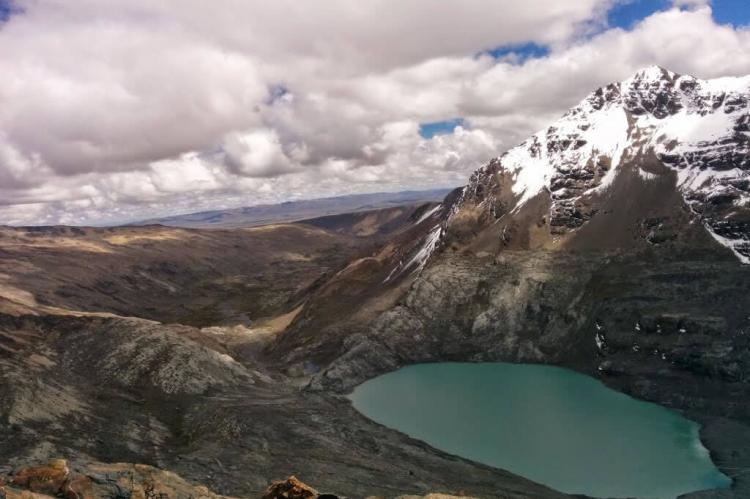 The Ulla-Ulla Biosphere Reserve is located 160 km (100 mi) northwest of La Paz and the Peruvian border makes up its western boundary.

The Biosphere Reserve has an average elevation of over 4000 m (13,123 ft) above sea level. It is part of the Apolobamba Integrated Management Natural Area, a protected area of Bolivia.

Situated in the higher parts of Bolivia, the Ulla-Ulla Biosphere Reserve contains a combination of ecological formations including high plateau, tundra, high cordillera, mountains, lakes, the headwaters of the River Euichi and River Turiopa and a permanent snow zone.

The Apolobamba Cordillera stands out as the chief mountain range along with the Cololo massif. Formations of the Yungas type, with its typical plant associations, are formed east of the cordillera.

On the high plateau and the tundra, the fauna is characterized by camelids such us vicuna (Vicuña vicugna) and the Alpaca (Lama pacos) ,with population estimated at 2,556 and 80,000 respectively (1984).

In the cordillera and the heads of valleys, deer (Odocoileus sp.) and spectacled bear (Tremarctos ornatus) can be found. It is also the home of the Andean Condor (Vultur gryphus).

The human population is estimated to be some 15,000 people (1998), including people of Aymara origin. No agricultural activity is possible in any part of the area due to the persistent frosts and low temperatures. Consequently, the sole activity is the raising of alpacas, and to a lesser degree, llamas (Lama glama).

The reserve protects part of the Central Andean wet puna ecoregion. Due to the variety of habitats and ecological formations, the reserve is of exceptional importance for scientific research.

The main goal of the Ulla-Ulla Biosphere Reserve is to protect natural, cultural, historical and anthropologic values by a sustainable management of natural resources with local participation and scientific support.