The ruins of the ceremonial structures at Uxmal, located in southwestern Yucatán, represent the pinnacle of late Maya art and architecture in their design, layout and ornamentation. The complex of Uxmal admirably demonstrates the social and economic structure of late Maya society. 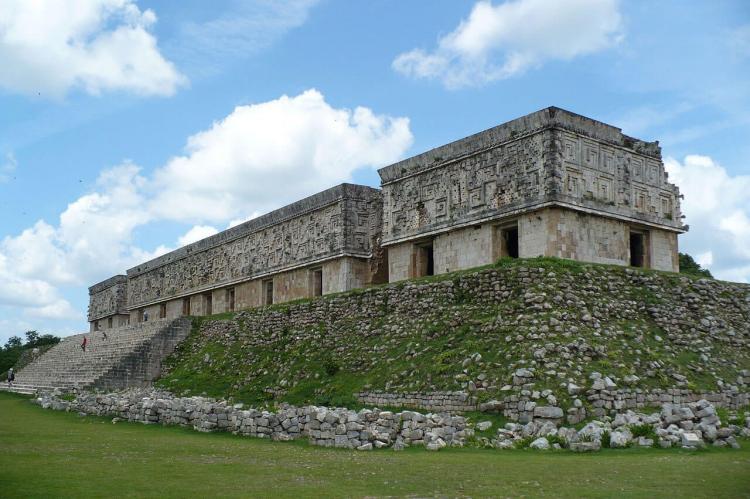 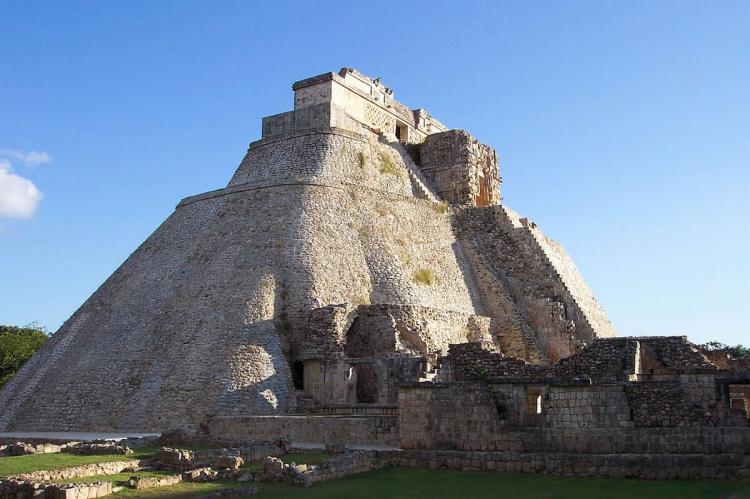 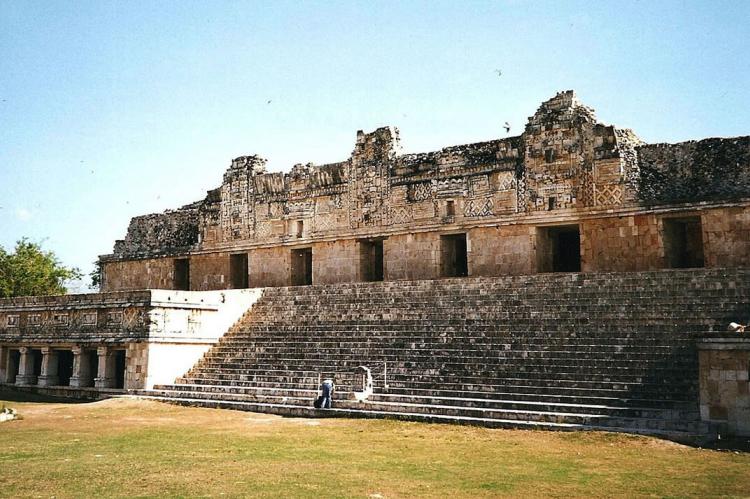 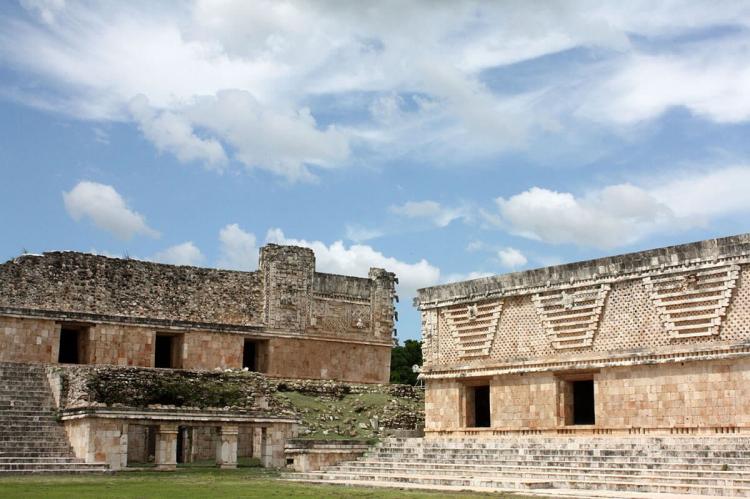 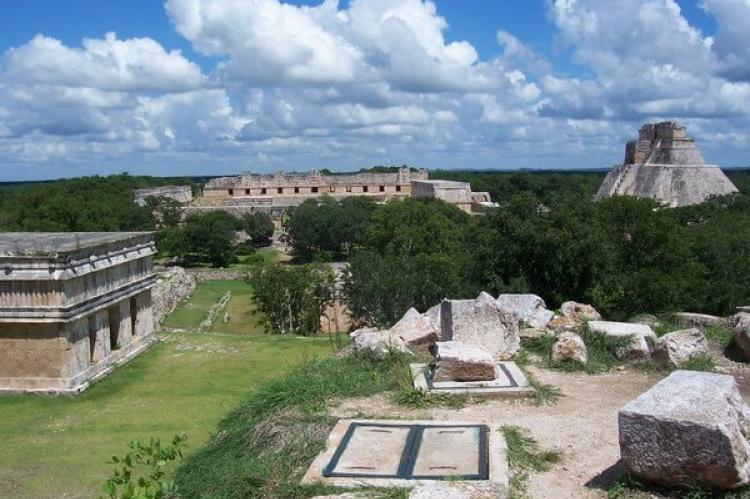 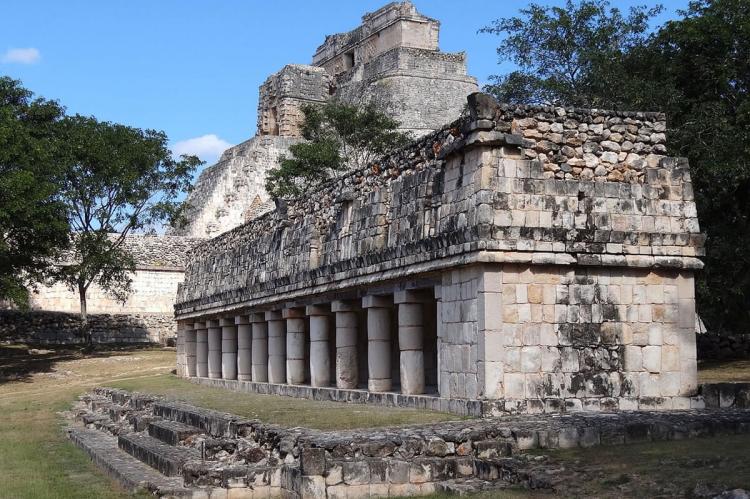 The Pre-Hispanic Town of Uxmal is situated in the eastern Yucatán Peninsula and is considered one of the Maya cities most representative of the region's dominant architectural style. It is considered one of the most important archaeological sites of Maya culture, along with Palenque, Chichén-Itza and Calakmul in Mexico, Caracol and Xunantunich in Belize and Tikal in Guatemala.

Uxmal is located 62 km (38.5 mi) south of Merida, in the center of the Puuc region which covers some 7,500 sq km (2,900 sq mi) in the southwestern part of the Mexican state of Yucatán. The region was a center for trade and the exchange of ideas, and probably also people, with other parts of Mexico.

The ruins of the ceremonial structures at Uxmal represent the pinnacle of late Maya art and architecture in their design, layout and ornamentation, and the complex of Uxmal and its three related towns of Kabah, Labná and Sayil admirably demonstrate the social and economic structure of late Maya society.

The 16th century A.D. Maya history known as The Books of Chilam Balam dates the foundation of Uxmal to the later 10th century A.D.

Archaeological investigations and radiocarbon dating suggest that the main structures in the complex, including a series of hydraulic works, such as reservoirs for storing rainwater (the chultunoob), were built between the 8th and 10th century A.D. During this period Uxmal grew from a peasant town into a political and administrative center with up to 20,000 inhabitants.

The existence of a town wall reflects a situation of conflict, probably due to the strengthening of other urban centers that eventually contested Uxmal's control of the region; Uxmal was abandoned by its inhabitants after the 10th century A.D. and became no more than a place of pilgrimage until the conquest by the Spanish.

Unlike most other pre-Hispanic towns, Uxmal is not laid out geometrically. Its space is organized in relation to astronomical phenomena such as the rising and setting of Venus and adapted to the topography of the site, made up of a series of hills.

The main characteristic of Puuc architecture is the division of the facades of buildings into two horizontal elements. The lower of these is plain and composed of carefully dressed blocks broken only by doorways.

The upper level, by contrast, is richly decorated with symbolic motifs in a very plastic style; the individual blocks make up a form of mosaic. There are sculptures over the doorways and at the corners of the upper level, almost invariably composed of representations of the head of Chaac, the rain god.

Some of the most important buildings at the site are the Pyramid of the Soothsayer, the Quadrangle of the Nuns, the Governor's Palace, the House of the Tortoises, the Ball Court, as well as the still not extensively investigated Southern Complex, which includes the Great Pyramid and the Pigeon House.

Important buildings at the other sites are the Palace at Sayil, and the Gateway Arch at Labná. Kabah, which in the region is only second to Uxmal in size and connected to the latter by a sacbe or raised causeway, has the Palace of the Masks or Codz Pop. However, investigation at these sites is still in its beginnings and holds great potential for the future.