The Veracruz Coral Reef System comprises flats, islands and reefs that are located in the Gulf of Mexico on the inner part of the continental shelf. The area harbors resident, transitory and migrant fish, operating as a barrier against waves and storms. 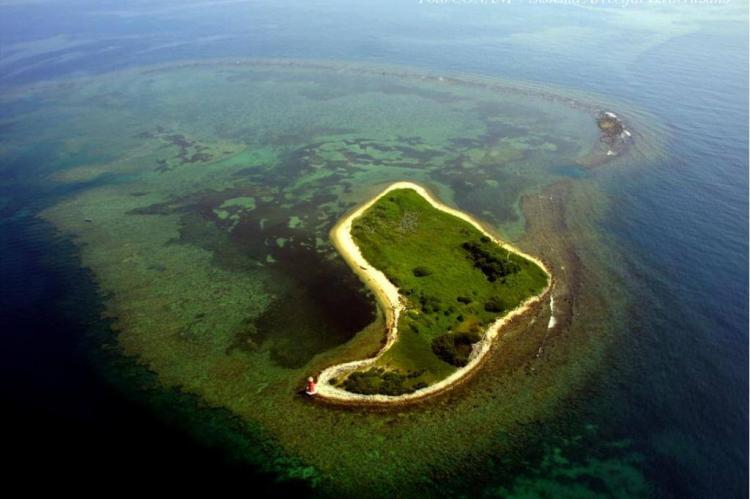 Veracruz Reef System National Park (NPVRS) is located in the State of Veracruz, opposite the municipalities of Veracruz, Boca del Río and Alvarado, with a total surface of approximately 52,238 ha (200 sq mi).

The Veracruz Coral Reef System comprises flats, islands and reefs that are located on the inner part of the continental shelf, rising from a depth of close on 40 m (130 ft). The area regulates the climate and operates as a barrier against waves and storms.

Isla de Sacrificios ("Island of Sacrifices") is an island in the Gulf of Mexico, situated off the Gulf coastline near the port of Veracruz, in Mexico. The waters surrounding the island are part of the national marine park.

The importance of the coral reef system arises from its relevance for fisheries. Among the pelagic species of commercial interest, included are the Tarpon (Megalops atlantica), the Crevalle Jack (Caranx hippos), the Horse-eye Jack (C. latus), the Bar Jack (Caranx ruber), the Jurel (Caranx cirus), the Permit (Trachinotus falcatus) and the Atlantic Bonito (Sarda sarda).

Of the species living on the seabed, the following are present: the Black Grouper (Mycteroperca bonaci) and the Scamp (M. phenax), the Red Snapper (Lutjanus campechanus), the Goliath Grouper (Epinephelus itajara), and the Snappers Lutjanus jocu, L. griseus and L. analis and the Flounders Bothus lunatus and B. ocelatus.