The Chihuahuan Desert is the largest desert region in North America, stretching all the way from the southwestern United States deep into the Central Mexican Highlands. This sheltered desert ecoregion is unique, encompassing one of the most biologically diverse arid regions on Earth. 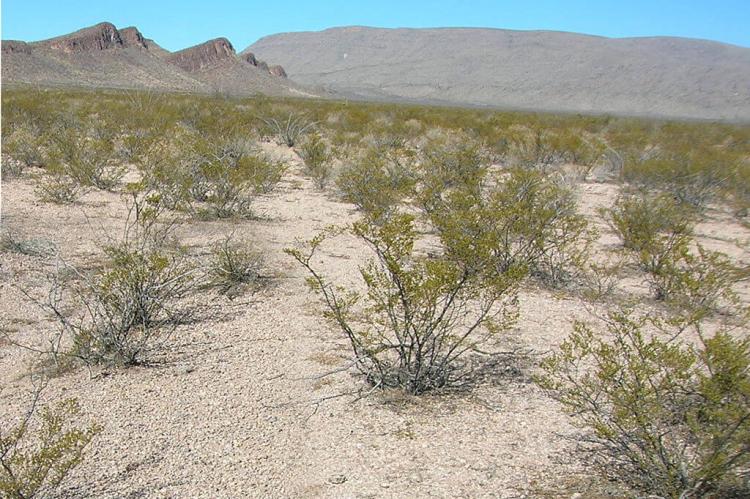 The Chihuahuan Desert is the largest desert region in North America. The desert stretches ;all the way from the southwestern United States deep into the Central Mexican Highlands, including parts of the states of Chihuahua, northwest Coahuila, northeast Durango and several others.

The Chihuahuan Desert ecoregion encompasses one of the most biologically diverse arid regions on Earth. This desert is unique, as it has been sheltered from the influence of other arid regions such as the Sonoran Desert by the large mountain ranges of the Sierra Madres.

This isolation has allowed the evolution of many endemic species; most notable is the high number of endemic plants. However, this ecoregion also sustains some of the last remaining populations of Mexican prairie dogs, wild American bison and pronghorn antelope.

The region contains a series of basins and ranges with a central highland extending from Socorro, New Mexico south into Zacatecas, Mexico. Most sites are located at elevations from 1,100 to 1,500 m.

Owing to its inland position and higher elevation than the Sonoran Desert to the west, mostly varying from 600 to 1,675 m (1,969 to 5,495 ft) in altitude, the desert has a slightly milder climate in the summer (though usually daytime June temperatures are in the range of 35 to 40 °C or 95 to 104 °F) and cool or cold winters with occasional frosts.

The average annual temperature in the desert is 24 °C (75 °F), which varies with altitude. The hottest temperatures occur in areas of low elevations and in the inter-montane depressions in the region.

The climate includes a dry summer and occasional winter rains; mild frosts occur during autumn and winter. This Desert has more rainfall than other warm desert ecoregions, with precipitation ranging from 150 to 400 mm (6–16 in).

Creosote bush (Larrea tridentata) is the dominant plant species on gravelly and occasional sandy soils in valley areas within the Chihuahuan Desert. The other species it is found with depends on factors such as the soil, altitude, and degree of slope.

Ocotillo (Fouquieria splendens), lechuguilla, and Yucca filifera are the most common species in the southeastern part of the desert. Candelilla (Euphorbia antisyphilitica), Mimosa zygophylla, Acacia glandulifera and lechuguilla are found in areas with well-draining, shallow soils.

Grasslands comprise 20% of this desert and are often mosaics of shrubs and grasses. They include purple three-awn (Aristida purpurea), black grama (Bouteloua eriopoda), and sideoats grama (Bouteloua curtipendula).

Because of its recent origin, few warm-blooded vertebrates are restricted to the Chihuahuan Desert scrub. However, the Chihuahuan desert supports a large number of wide-ranging mammals.