Choquequirao is an Incan archaeological site, similar in structure and architecture to Machu Picchu, tucked into the Vilcabamba mountains in the Cusco region of southern Peru. It  is located on a glaciated peak overlooking the Apurimac River canyon. 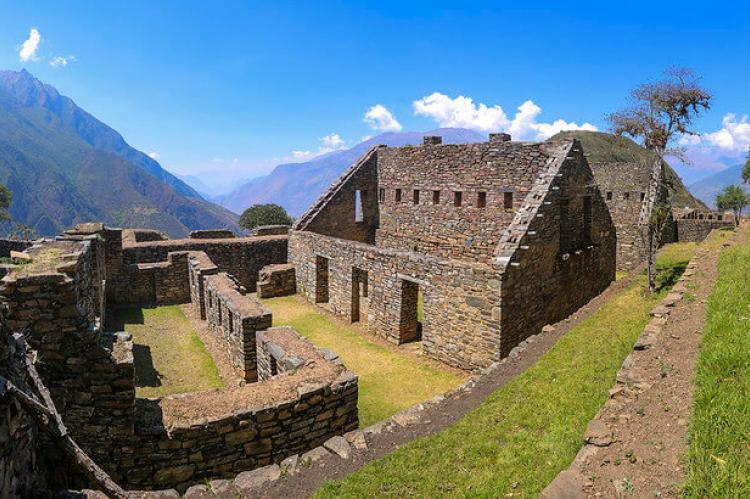 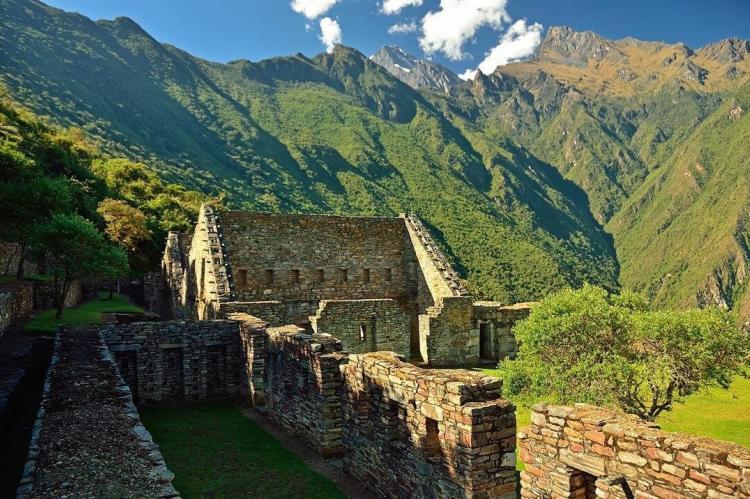 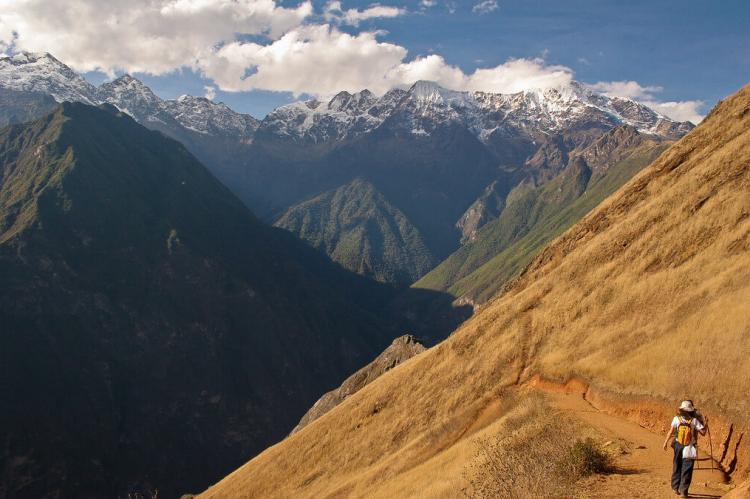 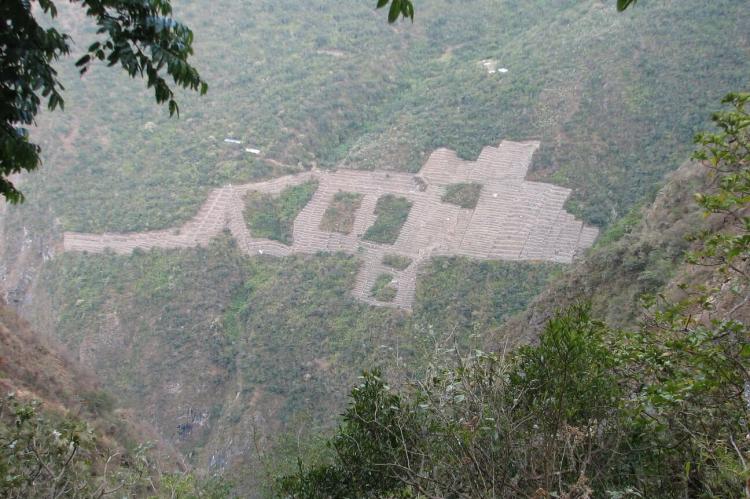 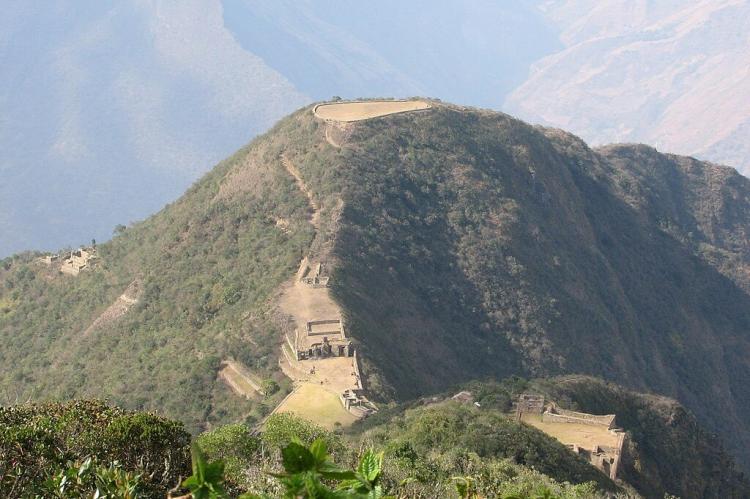 Choquequirao is an Incan archaeological site, similar in structure and architecture to Machu Picchu, tucked into the Vilcabamba mountains in the Cusco region of southern Peru.

Located 98 km (60 mi) west of the city of Cusco, the site is located on a southwest-facing spur of a glaciated peak at an elevation of 3,050 m (10,010 ft) asl. It overlooks the Apurimac River canyon which has an elevation of 1,450 m (4,760 ft) asl. Presently the only way to access Choquequirao is by a difficult trek.

Choquequirao is filled with ruined buildings and terraces that sit below a flattened hilltop that was leveled several hundred years ago and ringed with stones to create a platform. Built during the reign of King Pachacuti Inca Yupangui, Choquequirao is believed to be the last city that the "Sons of the Sun" took refuge in when fleeing Cusco in the 16th century.

Similar in structure and architecture to Machu Picchu, the ruins includes buildings and terraces at levels above and below Sunch'u Pata, the truncated hill top which was anciently leveled and ringed with stones to create a 30 by 50 m (98 - 164 ft) platform.

What has been uncovered to date follows traditional Inca construction: a temple and some administrative buildings are positioned directly around a central square with the living quarters of more common people further out.

One of the most impressive features found in and around Choquequirao is a set of terraces that incorporate figures of llamas or alpacas. The shapes of the animals have been set into the large terraces using carefully carved white rock.

The main structures, such as temples, huacas (monuments), elite residences and fountain/bath systems are concentrated around two plazas along the crest of the ridge and follows Inca urban design. There are also a conglomeration of common buildings clustered away from the plaza. Excavations and surface items suggest they were probably used for workshops and food preparation. Most buildings are well-preserved and well-restored; restoration continues.

The terrain around the site was greatly modified. The central area of the site was leveled artificially and the surrounding hillsides were terraced to allow cultivation and small residential areas. The typical Inca terraces form the largest constructions on site.

Many of the ceremonial structures are associated with water. There are two unusual temple sites that lie several hundred meters lower than the two plazas. These are carefully crafted step terraces down a steep slope are designed around water.

The site also contains a number of ceremonial structures such as the large usnu (pyramid-shaped structure) built on a truncated hilltop, the Giant Staircase and an aqueduct providing water to the water shrines.