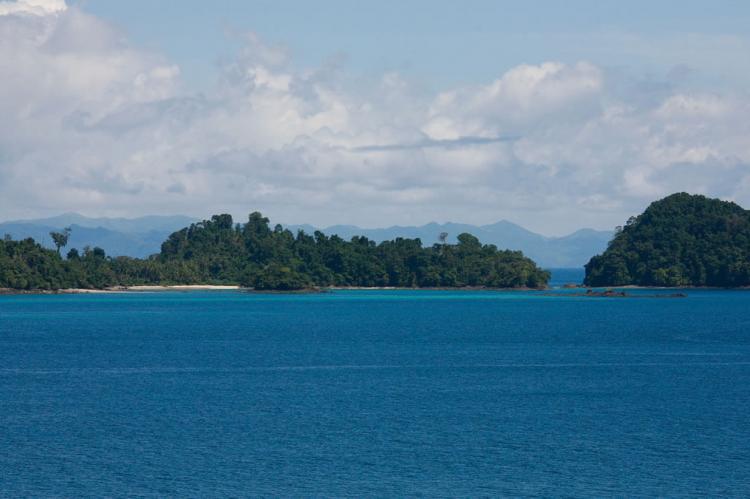 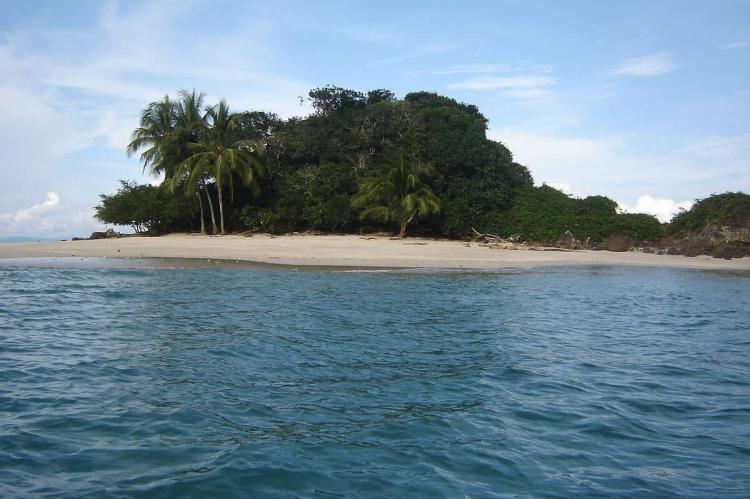 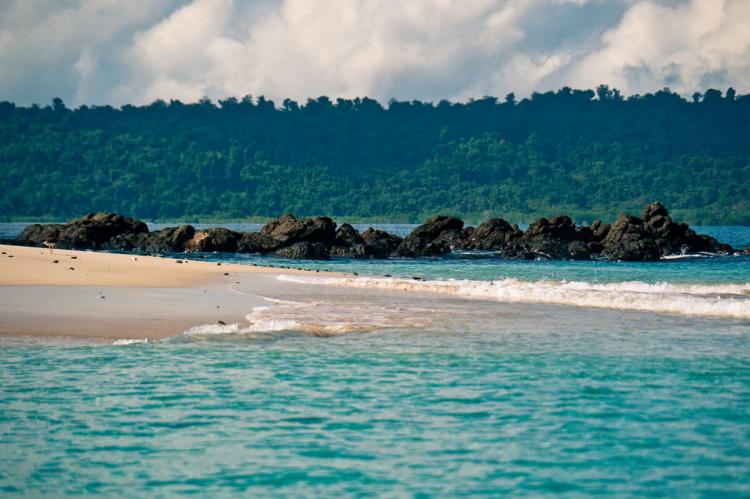 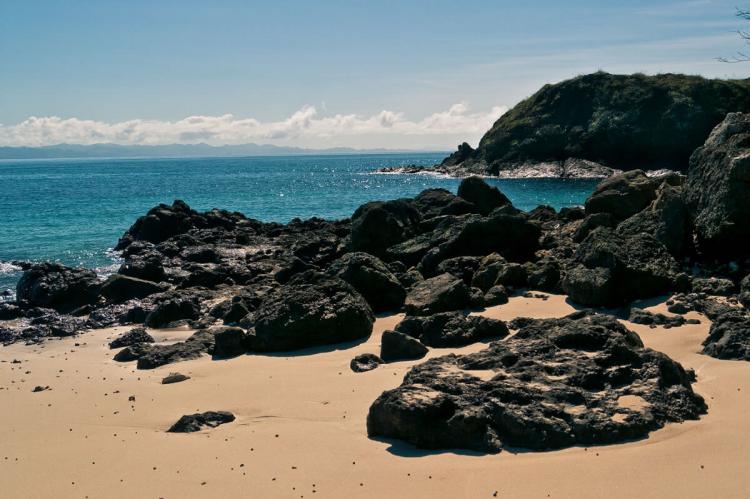 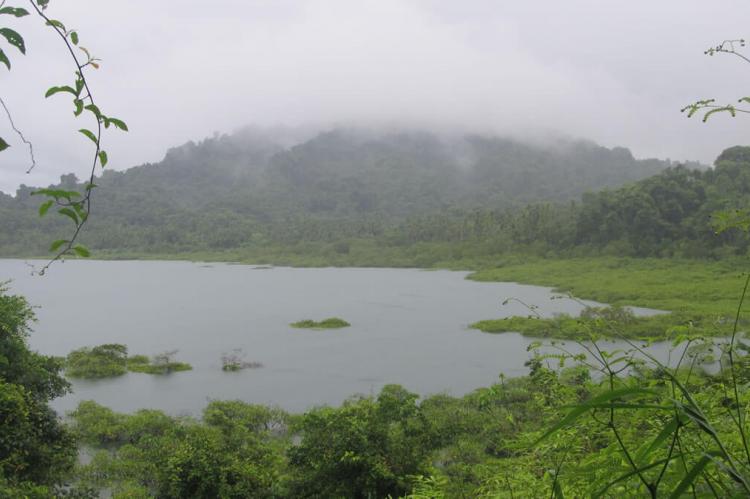 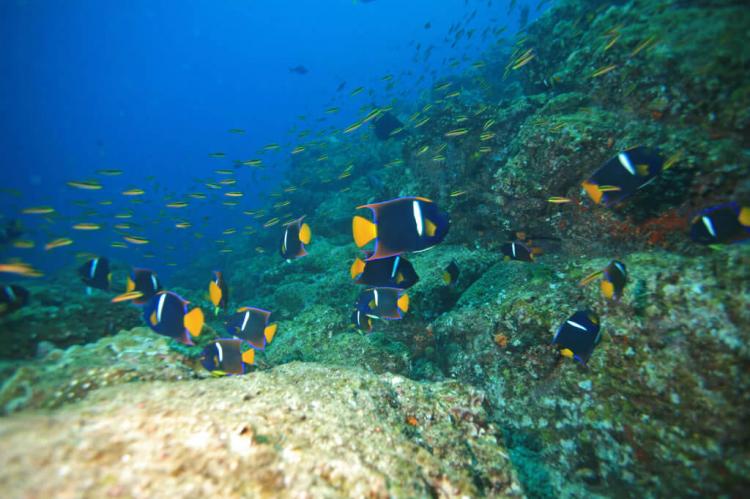 Coiba Island (or Quibo Island) lies 24 km (15 mi) off the western coast of Panama in the Pacific Ocean. It is separated from the mainland by the Gulf of Montijo on the east and the Gulf of Chiriquí on the northwest. With an area of approximately 500 sq km (193 sq mi), it is the largest island in Central America.

Coiba separated from continental Panama about 12,000 to 18,000 years ago when sea levels rose. Plants and animals on the new island became isolated from mainland populations and over the millennia most animals have diverged in appearance and behavior from their mainland counterparts.

In 1919, a penal colony was built on the island and during the years that Panama was under the rule of of Omar Torrijos and Manuel Noriega, the prison was a feared place with a reputation for brutal conditions. As such, the island was avoided by locals, and other than the prison, was completely undeveloped.

The prison began closing in 1990 to make way for Coiba National Park, founded in 1991. After the prison was closed down, the island's pristine condition made it ideal as a reserve. In 2005, the year the park became a UNESCO World Heritage Site, the last convict was released.

Rising to a maximum elevation of 425 m (1,400 ft), the island is about 75% forested, with a large portion comprising standing ancient forest. Coiba Island is home to rare flora and fauna found only on the island. The island also harbors tree species that have long disappeared from the mainland due to deforestation and overharvesting.

Coiba National Park protects Coiba Island, 38 smaller islands and the surrounding marine areas within the Gulf of Chiriqui. It is managed by the National Authority for the Environment (Autoridad Nacional del Ambiente, ANAM). The park is accessible only by permit from ANAM.

The size and length of the National Park allows for the protection of a whole and healthy ecosystem that is one of the last major refuges for rare and endangered species of tropical America. It is one of the last places in Central America where the scarlet macaw can be found in large numbers in the wild.

The forests of Coiba Island possess a high variety of endemic birds, mammals and plants. Coiba Island also serves as the last refuge for a number of threatened species that have largely disappeared from the rest of Panama, such as the Crested Eagle and the Scarlet Macaw.

The Naitonal Park hosts 760 species of marine fishes, 33 species of sharks and 20 species of cetaceans. The islands within the property are the only group of inshore islands in the tropical eastern Pacific that have significant populations of trans-Pacific fishes, namely, Indo-Pacific species that have established themselves in the eastern Pacific. 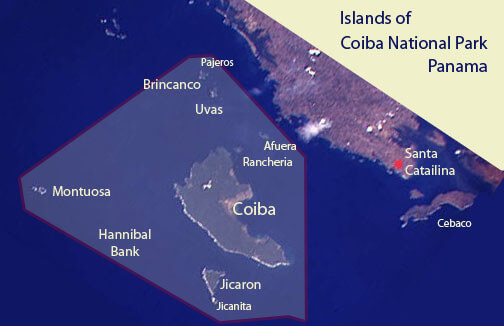 Coiba National Park and its Special Zone of Marine Protection

Coiba National Park and its Special Zone of Marine Protection is a World Heritage site located in the Republic of Panama in the Gulf of Chiriqui, in the western sector of the country. The property protects Coiba Island along with 38 smaller islands and the surrounding marine area.

The area is part of the Eastern Tropical Pacific Marine Corridor (CMAR), which is an outstanding natural laboratory for scientific research, providing a key ecological link to the Tropical Eastern Pacific for the transit and survival of pelagic fish and marine mammals.

Protected from the cold winds and effects of El Niño, Coiba’s Pacific tropical moist forest maintains exceptionally high levels of endemism of mammals, birds and plants due to the ongoing evolution of new species.

The marine ecosystems within the property are repositories of extraordinary biodiversity conditioned to the ability of the Gulf of Chiriquí to buffer against temperature extremes associated to El Niño/Southern Oscillation phenomenon.