The Guianan savanna is an ecoregion in the south of Venezuela, Guyana and Suriname and the north of Brazil. The savanna covers an area of rolling upland plains on the Guiana Shield between the Amazon and Orinoco basins. 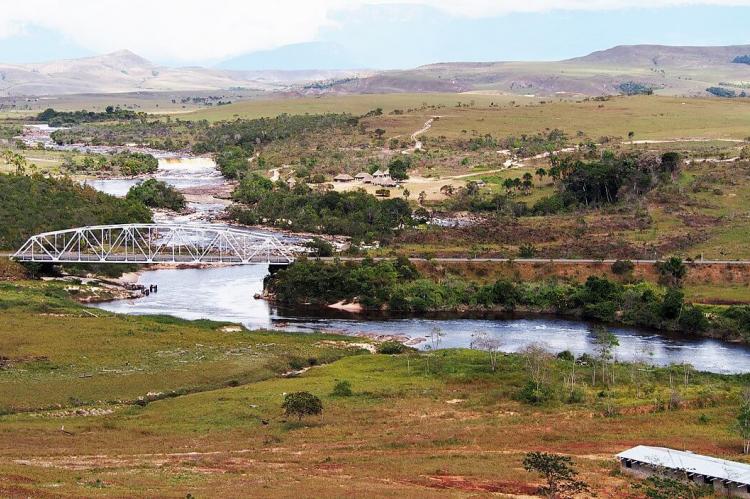 The Guianan savanna is an ecoregion of the Amazon biome that is found in the south of Venezuela, Guyana and Suriname as well as the north of Brazil.

The savanna covers an area of rolling upland plains on the Guiana Shield between the Amazon and Orinoco basins. It includes forested areas, but these are shrinking steadily due to the effect of frequent fires, either accidental or deliberate. The ecoregion includes the Gran Sabana region of Venezuela.

The large, relatively intact grasslands of the Guianan savanna ecoregion are embedded in a landscape of tropical rain forest and tepui sandstone peaks. These grasslands occur in three distinct patches, becoming increasingly smaller as they move south from the Guyana Shield to the mouth of the Amazon River.

All three sections adjoin the Uatuma-Trombetas moist forests ecoregion to the south. The most eastern section adjoins the Marajó várzea to the east, at the mouth of the Amazon River. The Guianan moist forest ecoregion lies to the east of the main section and to the north of the other two sections.

The savanna encompasses the treeless and tree patch mosaic of the Gran Sabana and occurs as three distinct outliers:

The Guianan savanna ecoregion is in the Neotropic ecozone and the tropical and subtropical grasslands, savannas, and shrublands biome.

The World Wildlife Fund gives the ecoregion the status of "Vulnerable". The savanna is replacing the forests as a result of frequent fires and poor soils.

Most of the endemic birds of the Guianan highland or found on the Gran Sabana. These are mostly found in the humid forest on the foothills above 600 m (2,000 ft). They include the tepui swift (Streptoprocne phelpsi), tepui golden throat (Polytmus milleri) and tepui wren (Troglodytes rufulus).

Endangered mammals include the black-bearded saki (Chiropotes satanas) and giant otter (Pteronura brasiliensis). There are relatively few endemic frogs when compared to the tepuis. 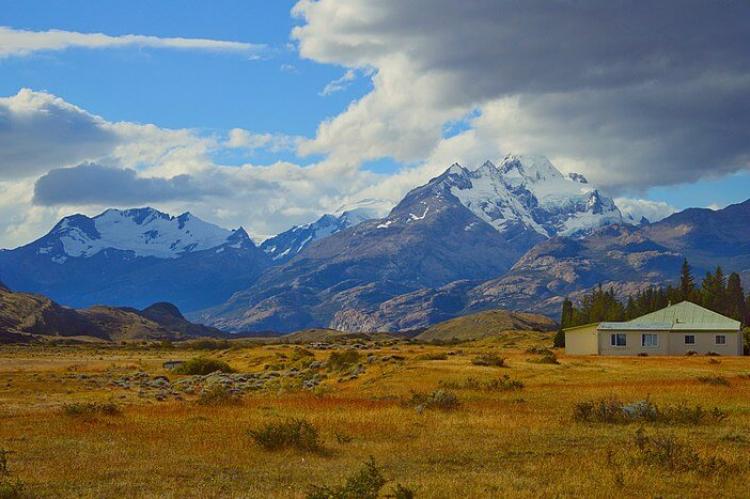 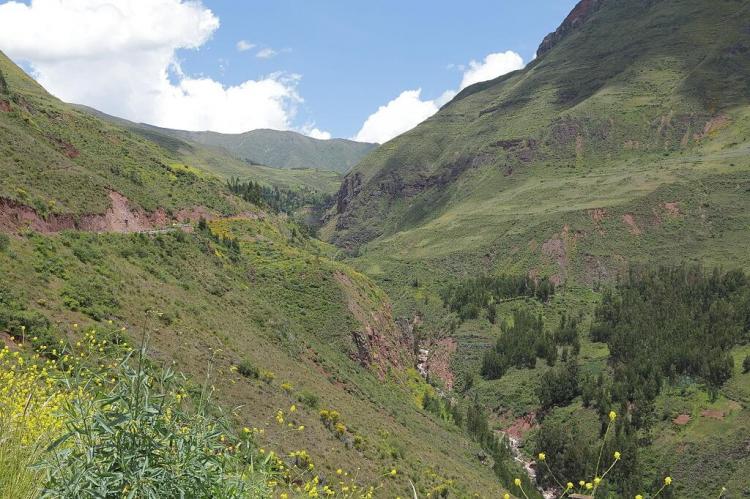 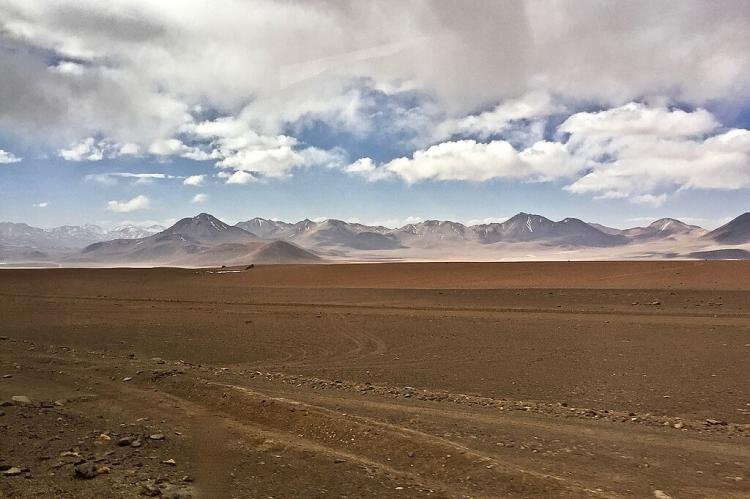 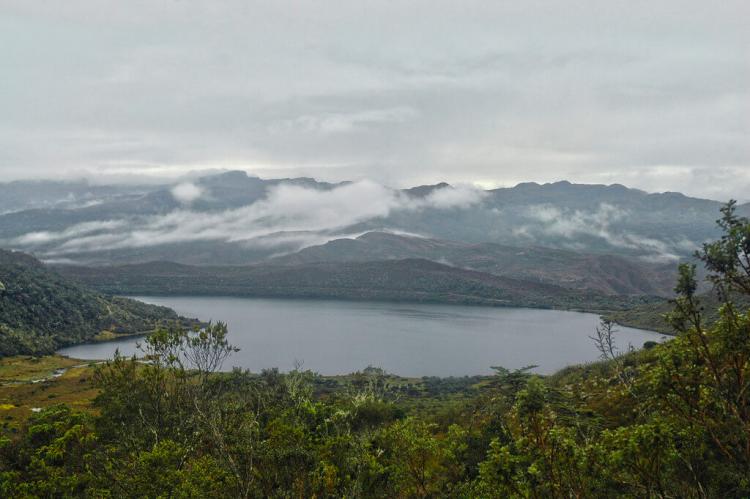 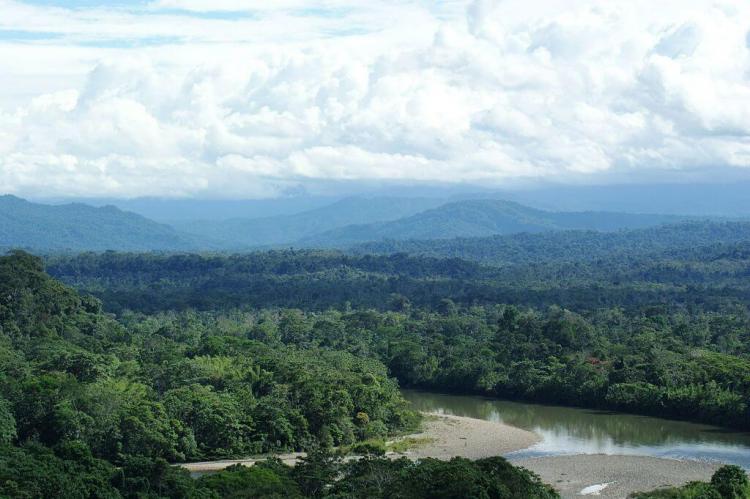 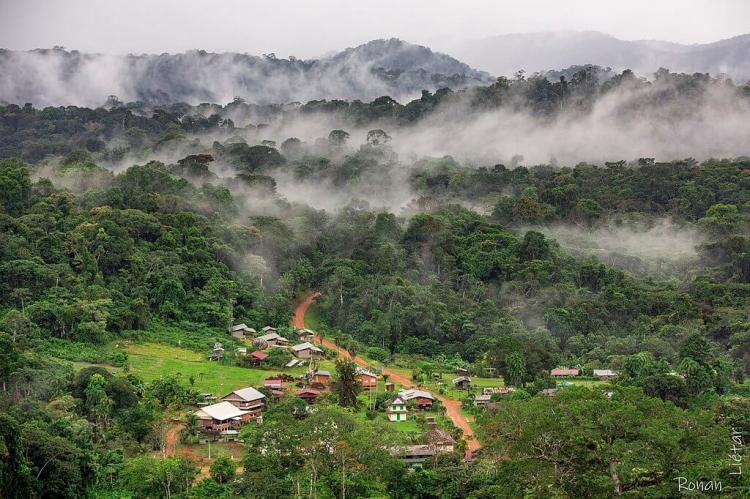 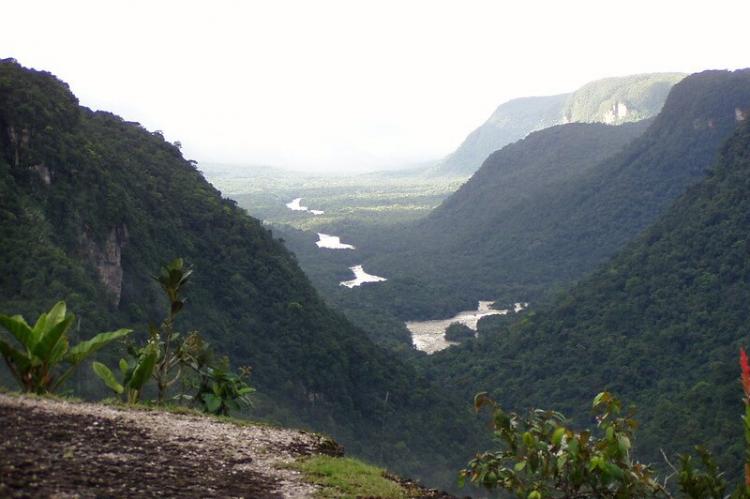 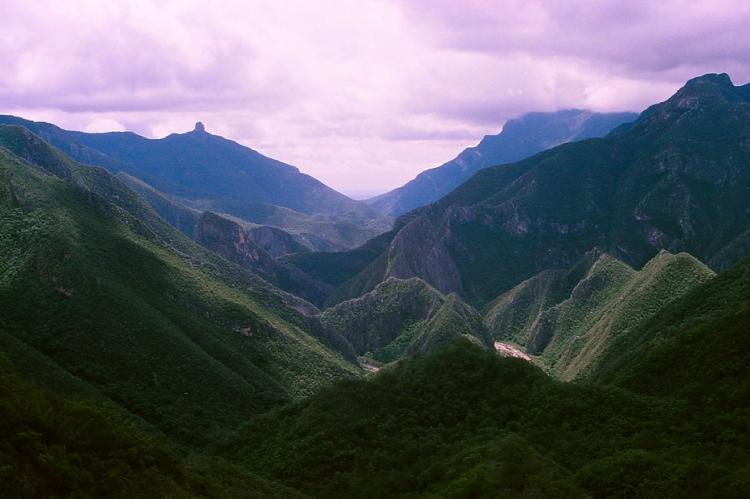 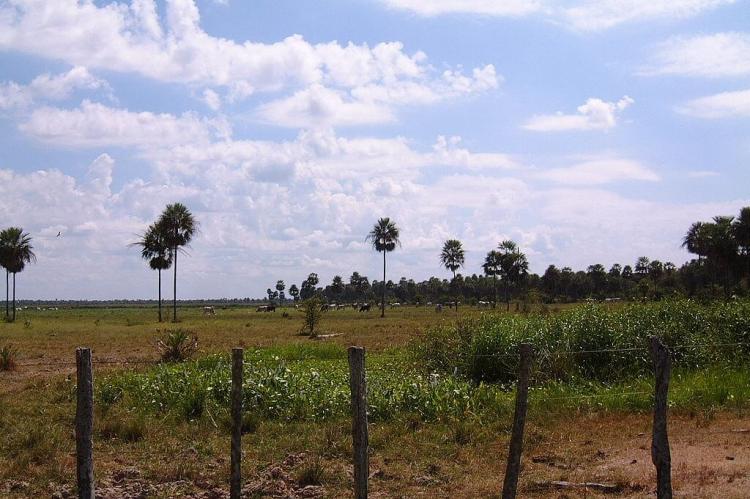 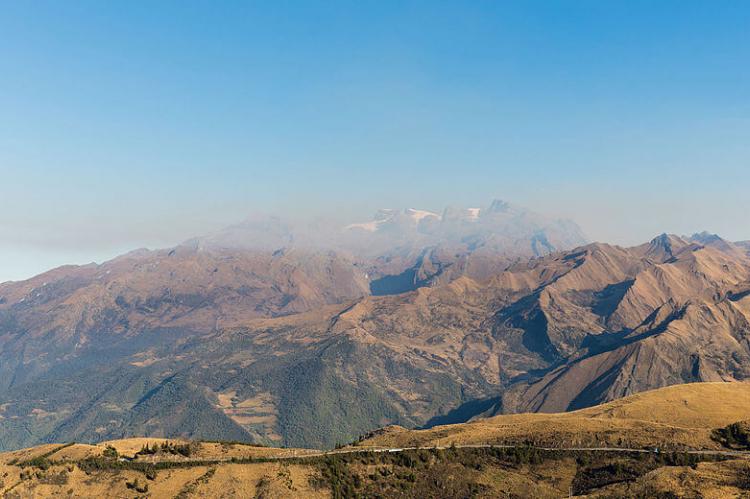 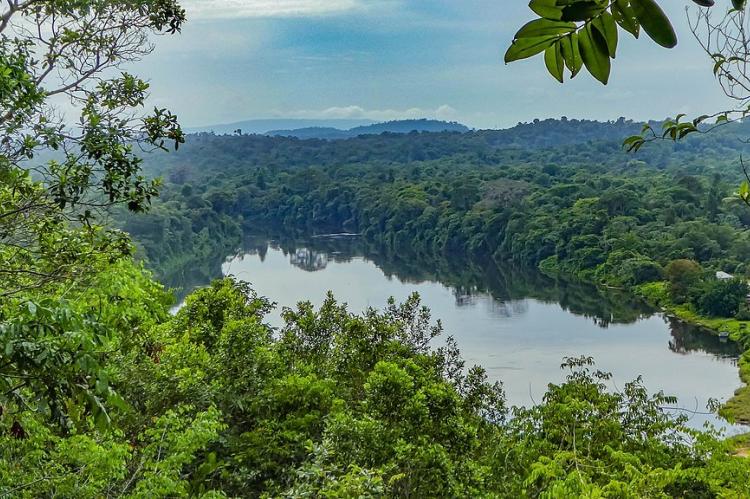 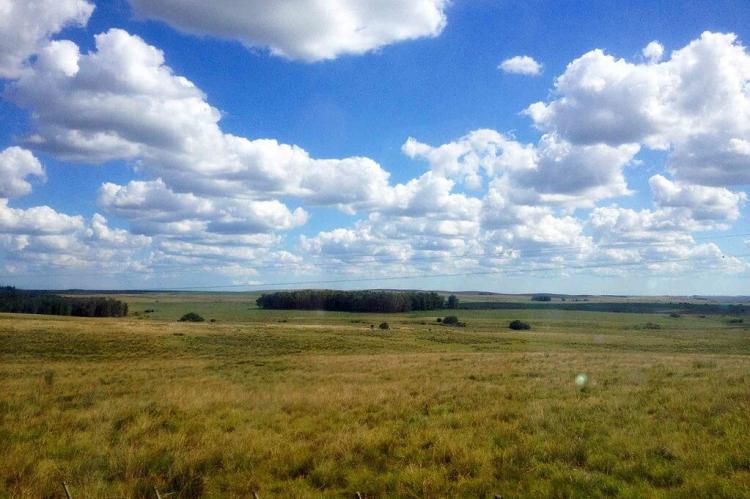 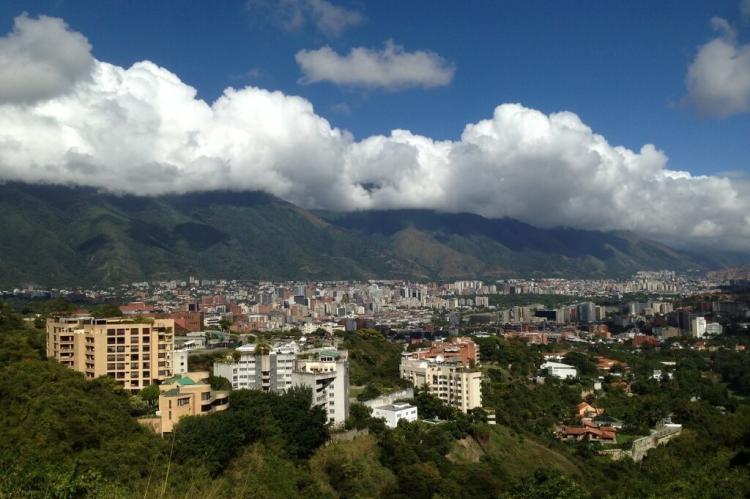 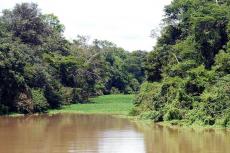 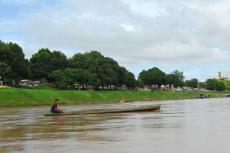 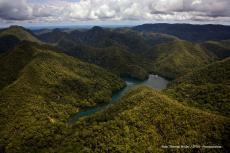 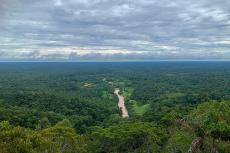 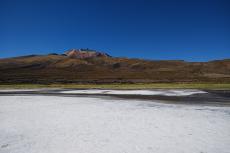