Situated in the Cordillera Blanca, Huascarán National Park and Biosphere Reserve protects the heart of the world's highest tropical mountain range in the central Peruvian Andes. The deep ravines, glacial lakes and variety of vegetation make it a site of spectacular beauty. 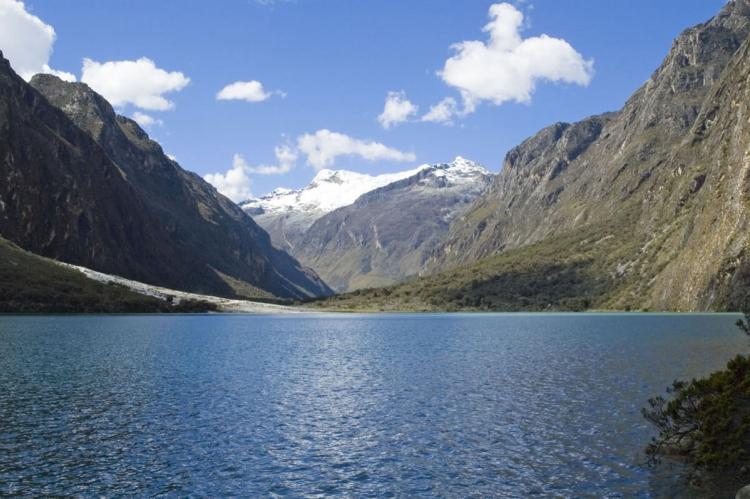 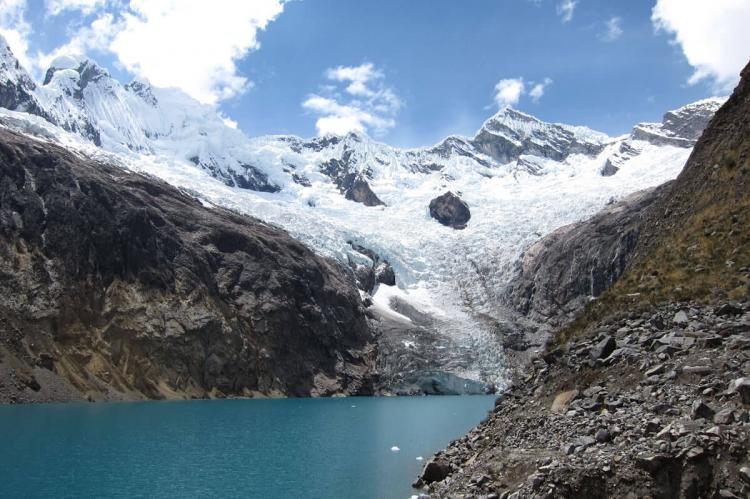 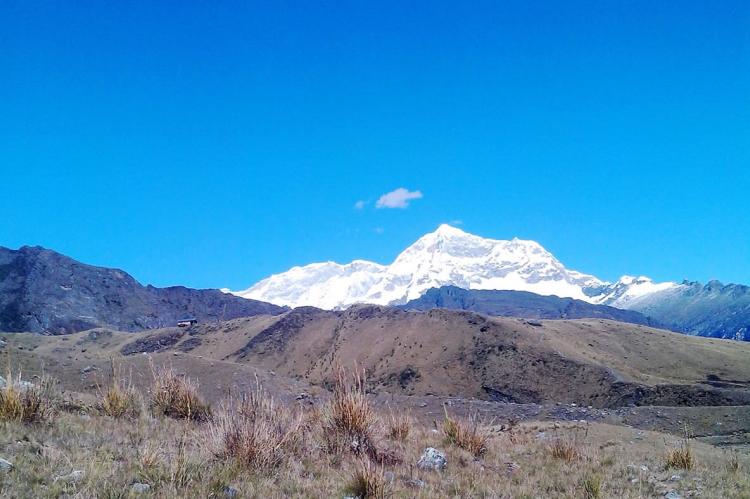 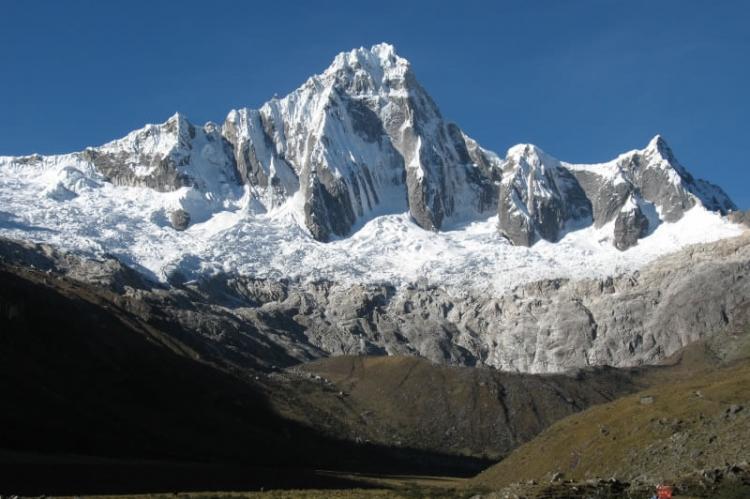 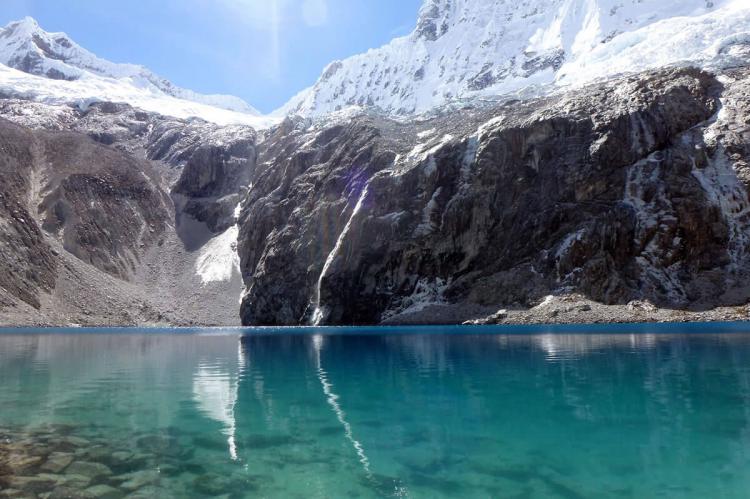 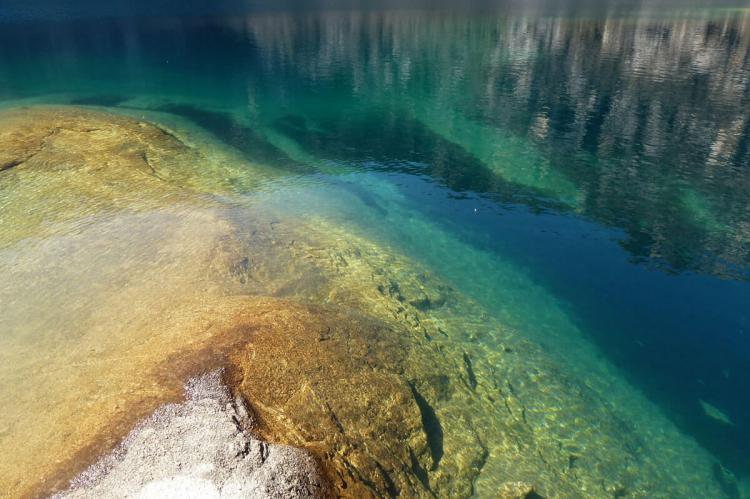 Huascarán National Park comprises most of the mountain range known as the Cordillera Blanca (the world's highest tropical mountain range) which is part of the central Andes, in the region of Ancash. The World Heritage Site covers a diverse mountain landscape of 340,000 ha (840,000 acres).

The western slope of the Cordillera Blanca drains to the Pacific Ocean via the Santa River. The eastern slopes drain to the Marañon River and ultimately to the Amazon River and the Atlantic Ocean.

The snow covered peaks, the numerous tropical glaciers and glacial lakes, the high plateaus intersected by deep ravines with torrential creeks and the variety of vegetation types form a spectacular landscape of rare beauty.

Appreciating the geomorphology and striking landscape beauty, it is easy to overlook that the property also boasts noteworthy ecosystem and biodiversity values. The wide range of ecosystems and vegetation types includes small pockets of montane tropical forests in some of the lower elevations and valleys.

Diverse types of Paramo and Puna grasslands and scrublands are the dominant vegetation types in the property, at higher elevations transitioning into tropical tundra.

Huascarán National Park is home to the emblematic vicuña, which was close to extinction in the 1960s but has since recovered, one of the most spectacular conservation successes in South America.

Other charismatic mammals include the North Andean Deer, Puma or Mountain Lion, the vulnerable Spectacled Bear and the endangered Andean Mountain Cat.

The avifauna boasts more than 100 recorded species, among them the Andean Condor and the Giant Hummingbird. Around 800 plant species have been documented, the most famous being the endangered Queen of the Andes, known for its giant flower spike.

The climate in the park has two well defined seasons: a rainy season from December to March and a dry season from April to November.

During the rainy season thunderstorms are frequent and the fields and mountain slopes are covered in many shades of green. The dry season brings sunshine almost every day and cloudless but cold nights.

The entire region has been settled for millennia, as evidenced by the many pre-Columbian manifestations in and around the property.

The Huascarán Biosphere Reserve extends far beyond the National Park's boundaries and covers the Santa River valley, encompassing many villages and towns.

The Huascarán Biosphere Reserve is located in the department of Ancash, north of Lima, in the central-west region of Peru. Its altitude ranges from 1,020 m (3,346 ft) to 6,768 m (22,204 ft) with 11 different types of habitats from tropical desert scrub to Andean tundra.

The Cordillera Blanca is the most extensive tropical ice-covered mountain range in the world, with the largest concentration of ice found in Peru.

Peru’s highest peak, Mount Huascarán (6,768 m or 22,204 ft), is located in the Cordillera Blanca and contains a variety of formations. These formations include sub-alpine wet Paramo, Alpine and Nival Pluvial Tundra as well as moist Montane forest formations, found in the majority of ravines.

The soils of the Biosphere Reserve are alluvial, colluvial-alluvial and glacio-fluvial, with residual material soils and anthropogenic soils.

Glaciation is a major element in the geomorphology and hydrology of the area: it is estimated that around one-quarter of the volume of glacial ice in the Cordillera may have disappeared since the late 1960s — an ongoing process that will likely transform the landscape of the reserve.

Glaciers range approximately 180 km (110 mi) from Nevado Tuco in the south to the vicinity of Nevado Champara in the north, and cap a series of imposing mountains. Around 296 lagoons have also identified within the limits of the biosphere reserve.

Among the most representative vegetation in the area are the Polylepis forests and the Queen of the Andes (Puya raimondii), known for its giant flower spike.

The total population of the reserve amounts to 360,000 people distributed across 2,600 populated areas. The population is mostly ethnic Andean mestizo and is mainly engaged in agriculture and livestock-rearing.

Two million people depend on water originating from the Huascarán Biosphere Reserve and are vulnerable to risks of water shortages and floods, including glacial lake outburst floods.