Los Katíos National Park has great biological wealth and holds a privileged role in the South American continent's biogeographical history. An exceptional biological diversity is found in the park, which is home to many threatened animal species as well as many endemic plants. 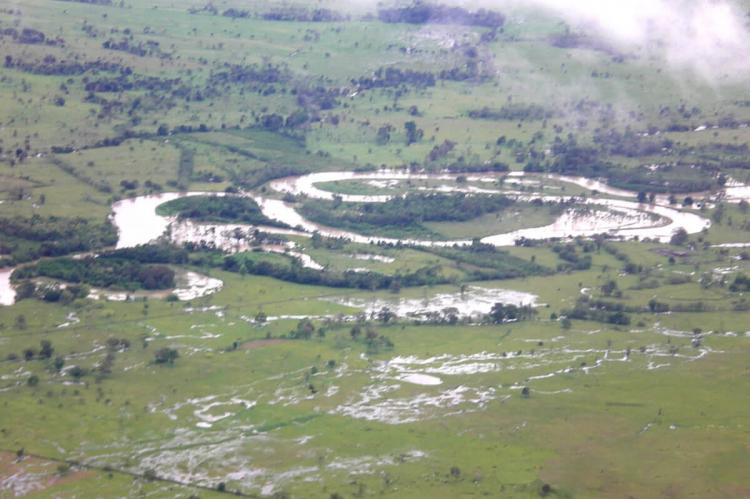 Los Katíos National Park is a protected area located in northwest Colombia. The park covers approximately 72,000 ha (178,000 acres) and encompasses significant wetland areas, including the extensive Ciénagas de Tumaradó. The elevation ranges between 50 and 600 m (160 and 1,970 ft) and

The park is contiguous to the much larger Darién National Park of Panama, which is also a World Heritage Site. These two areas together protect a representative sample of one of the world’s most species-rich areas of moist lowland and highland rain forest, containing exceptional endemism.

Los Katíos National Park is part of the Darién Gap, a densely forested area shared by Panama and Colombia. The topography is diverse, with low hills, forests and wet plains throughout the total area.

The two largest parts of the park are the Serranía del Darién mountains, which lie to the west, and the Atrato River floodplains in the east. The floodplains hold exceptionally fertile soil and consist of alluvial plains of two types. One consists of low-lying terraces that flood often and the other has high terraces that seldom flood.

The wetlands of the Atrato floodplain are unique. Cativo, one of the indigenous species, can grow to a height of 50 m (160 ft). It lends its name to a formation called 'catival', something that is found nowhere in the world except Colombia, southern Central America and Jamaica.

The park contains over 25% of the bird species reported for Colombia in an area less than 1% of the total Colombian territory. The park is home to around 450 species of birds, some 25% and 50% respectively of the avifaunas of Colombia and Panama.

Los Katíos is the only place in South America where a large number of Central American species occur, including threatened species such as the American Crocodile, Giant Anteater and Central American Tapir.

Its geographic location in northern Colombia made it a filter or barrier to the interchange of fauna between the Americas during the Tertiary. It is thought to be the site of a Pleistocene refuge, a hypothesis supported by the high proportion of endemic plants.

The region was originally inhabited by the Kuna, an indigenous group who, after internal fighting, had to surrender the Choc region to the Katío-Embera and emigrated to Panama.

The Darién region, to which Los Katíos belongs, was historically important for the first settlers who used the land bridge from North to South America some 20,000 years ago.

In the post-Columbian period, the Spanish conquistadors Rodrigo de Bastidas, Alonso de Ojeda and Vasco Núñez de Balboa were the first to discover this region in 1501.

In more recent times, about one percent of the park in the Sautatá area was agriculturally developed and used primarily for the cultivation of sugar cane.

After the park was established in 1974, the 150 or so local families were gradually relocated to the nearby towns of Unguía, Puente América, Tumaradó and Cacarica.