Montserrat is an island and overseas territory of the United Kingdom in the West Indies, nicknamed "The Emerald Isle of the Caribbean." The Soufrière Hills volcano is an active, complex stratovolcano with many lava domes forming its summit on the Caribbean island. 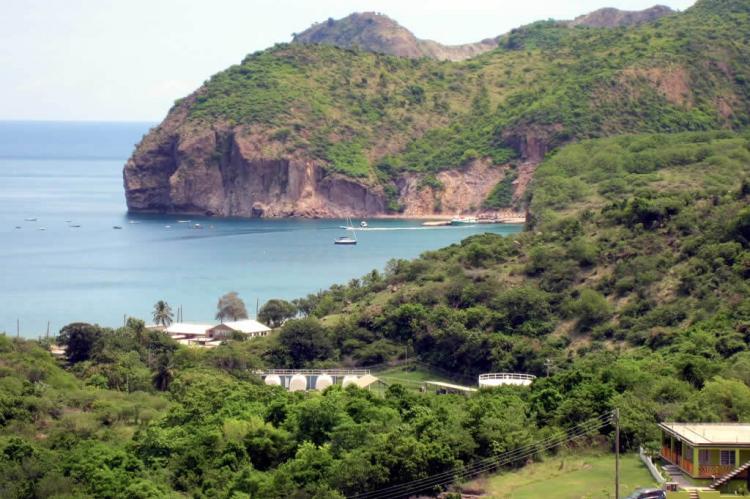 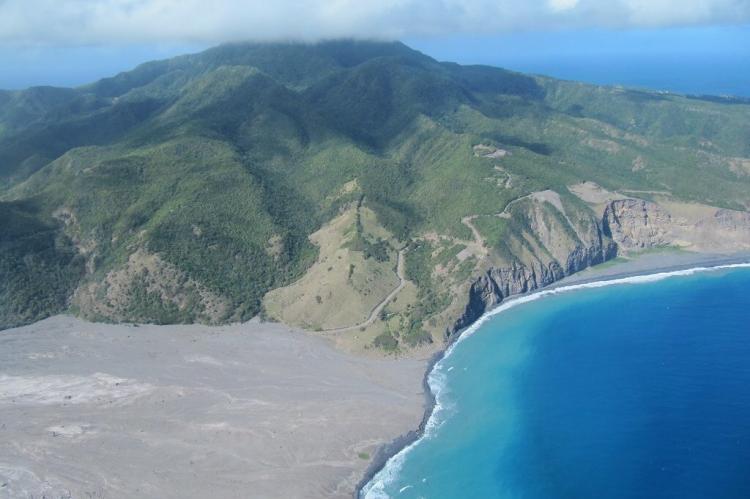 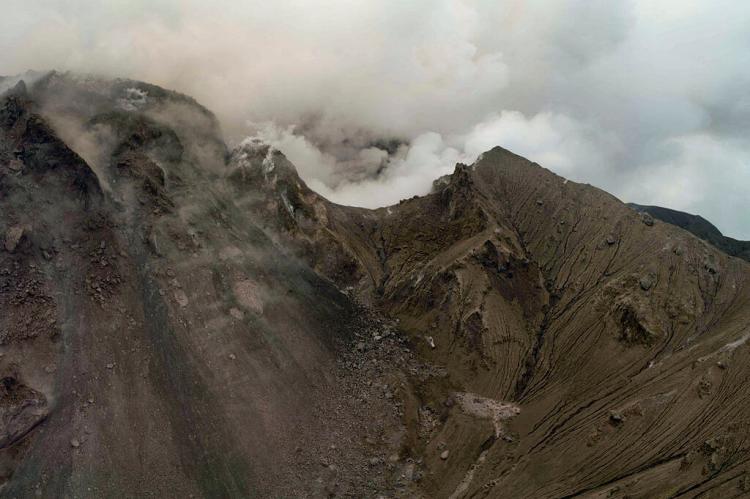 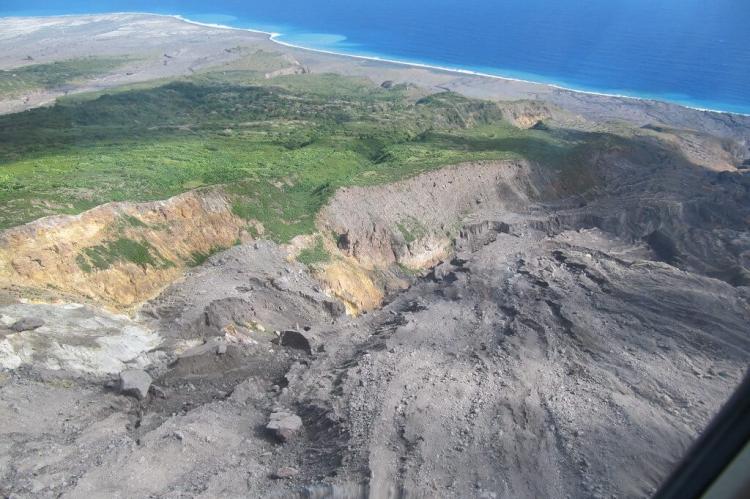 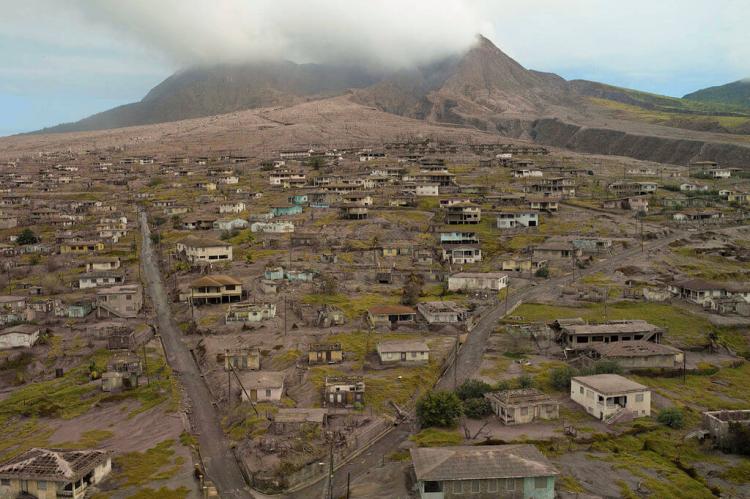 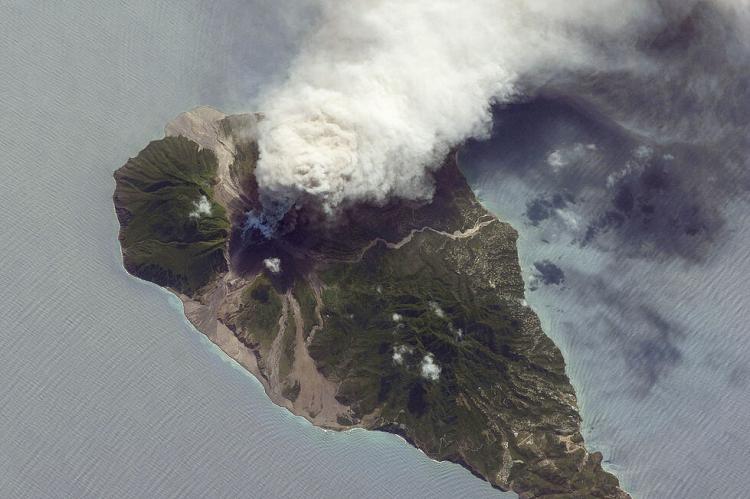 Montserrat is an island and overseas territory of the United Kingdom in the West Indies, nicknamed "The Emerald Isle of the Caribbean" both for its resemblance to coastal Ireland and for the Irish ancestry of many of its inhabitants.

Its physical and human landscapes have been battered but not obliterated by the series of natural disasters that beset the island.

Montserrat is located in the Leeward Islands, which is part of the group of islands known as the Lesser Antilles, about 27 miles (43 km) southwest of Antigua and about 30 miles (50 km) northwest of Guadeloupe.

Sighted and named by Christopher Columbus in 1493, Montserrat is a rich admixture of African, North American, and European influences. The official language is English, but most Montserratians also speak a Creole language similar to that spoken in Jamaica.

Plymouth, on the southwestern coast, was the capital and only port of entry until 1997, when volcanic eruptions destroyed much of the town and the island’s most-spectacular vegetation.

A new town and port are being developed at Little Bay, which is on the northwest coast of the island. While this construction proceeds, the center of government and businesses is at Brades.

The island’s rugged volcanic landscape is molded by three mountainous areas — the Silver Hills, the Centre Hills, and the Soufrière Hills — which are in turn cut by narrow valleys and gorges known locally as ghauts.

Chances Peak, in the Soufrière Hills, was at 915 m (3,000 ft), the highest point on the island until the mid-1990's, when the first volcanic eruptions in Montserratian history dramatically changed the landscape.

Montserrat has a narrow coastal plain. Its few beaches have mainly gray or brown sand because of their volcanic origins. The single white-sand beach is at Rendezvous Bay in the north.

Coral reefs line parts of the northern shore. Approximately one-fifth of the island is forested. Though Montserrat’s most-lush vegetation, in the southern highlands, was destroyed in the eruptions, the Centre Hills remained largely unaffected.

Among the island’s rare and endangered animals are:

The volcanic activity continues, mostly affecting the vicinity of Plymouth, including its docking facilities as well as the eastern side of the island around the former W. H. Bramble Airport, the remnants of which were buried by flows from volcanic activity on February 11, 2010.

An exclusion zone, encompassing the southern half of the island to as far north as parts of the Belham Valley, was imposed because of the size of the existing volcanic dome and the resulting potential for pyroclastic activity.

Visitors are generally not permitted entry into the exclusion zone, but a view of the destruction of Plymouth can be seen from the top of Garibaldi Hill in Isles Bay. Relatively quiet since early 2010, the volcano continues to be closely monitored by the Montserrat Volcano Observatory.

The Soufrière Hills Volcano is an active, complex stratovolcano with many lava domes forming its summit on the Caribbean island of Montserrat.

After a long period of dormancy, the Soufrière Hills volcano became active in 1995 and has continued to erupt ever since. Its eruptions have rendered more than half of Montserrat uninhabitable, destroying the capital city, Plymouth, and causing widespread evacuations: about two thirds of the population have left the island.

It is andesitic in nature, and the current pattern of activity includes periods of lava dome growth, punctuated by brief episodes of dome collapse which result in pyroclastic flows, ash venting, and explosive eruption.

The volcano is monitored by the Montserrat Volcano Observatory. Volcanic gas emissions from this volcano are measured by a Multi-Component Gas Analyzer System, which detects pre-eruptive degassing of rising magmas, improving prediction of volcanic activity.