The Ría Celestún Biosphere Reserve is located in the northwest part of the Yucatán Península, in a coastal strip that includes the limits of the Campeche and Yucatán States. It encompasses coastal areas of the Gulf of Mexico and includes important Ramsar-designated wetlands. 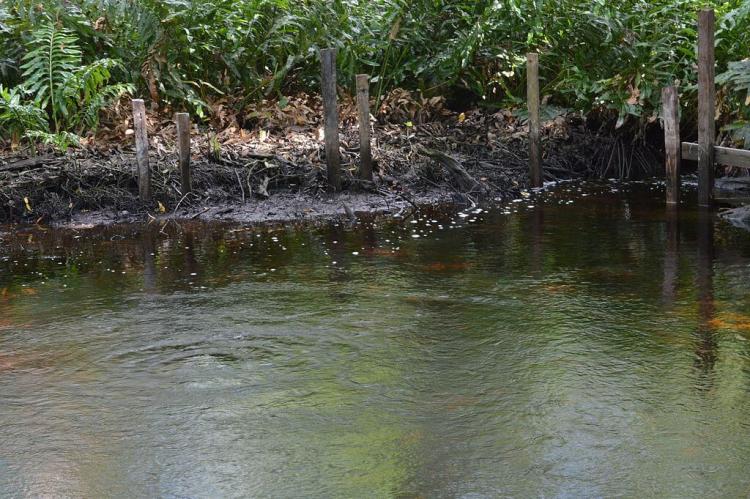 The Ría Celestún Biosphere Reserve is located in the northwest part of the Yucatán Península, in a coastal strip that includes the limits of the Campeche and Yucatán States.

It is limited to the west by the Gulf of Mexico, to the north by the El Palmar National Reserve and to the south by Los Petenes National Biosphere Reserve.

Ría Celestún encompasses coastal areas of the Gulf of Mexico and includes important wetlands designated under the Ramsar Wetlands Convention. The biosphere reserve occupies approximately 25% of the Petenes Mangrove ecoregion.

Ría Celestún is characterized by a great habitat diversity in a relatively small area and includes several interdependent ecosystems which constitute critical habitats for a great diversity of species. These include:

The area includes 304 resident and migratory birds constituted by coastal and marshland birds such as herons (Ardeidae), ducks (Anatidae), and gulls.

Ría Celestún and Ría Lagartos Biosphere Reserves are both important areas for the flamingo (Phoenicopterus ruber ruber) that nest, feed and reproduce here and whose population reaches 23,000 birds.

The area is also of importance as a nesting site for the endangered sea turtles hawksbill turtle (Eretmochelys imbricata) and loggerhead turtle (Caretta caretta).

Ría Celestún was decreed a Natural Protected Area in 2000, with the objectives to legally conserve and protect the biological and cultural diversity, and the ecological goods and services of the ecosystems that are represented in the area.

Among the priorities of the Biosphere Reserve are the management and regulation of anthropogenic activities and the promotion of a sustainable development of natural resources, that allows to improve the quality of life of the communities and to conserve the biodiversity. Some 6,700 people live in the buffer zone.

At the present time, Celestún is the second fishing producer of the State of Yucatán and one of the localities with the greater population increase of the region.