Salt River Bay National Historic Park and Ecological Preserve is located on the island of St. Croix. The protected area preserves upland watersheds, mangrove forests and marine environments. It also contains the the only known site where a Columbus expedition set foot on what is now U.S. territory. 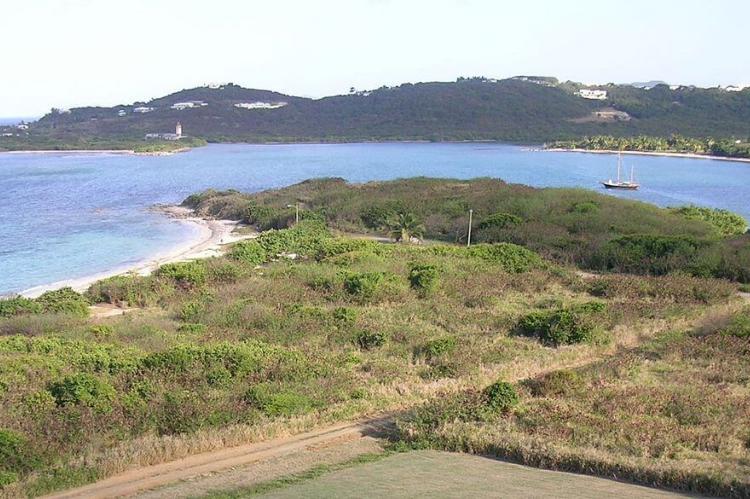 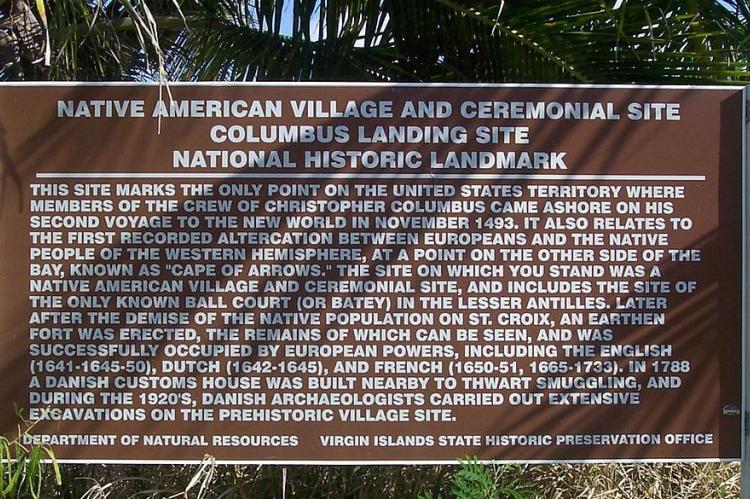 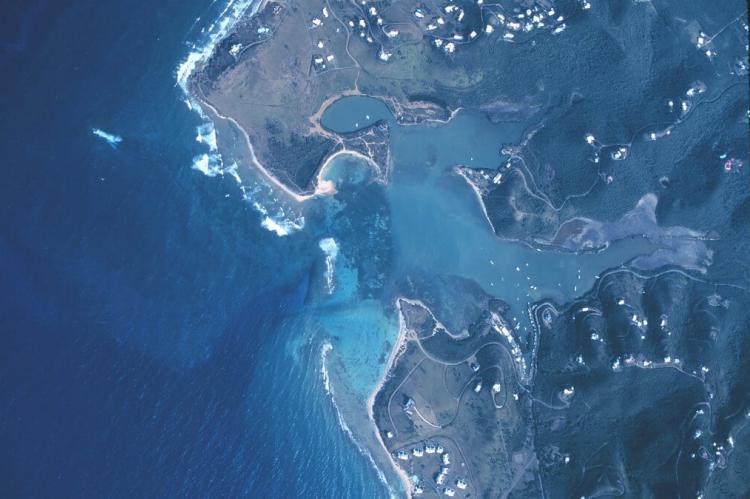 It also contains the Columbus Landing Site, a National Historic Landmark that is the only known site where members of a Columbus expedition set foot on what is now United States territory.

Salt River Bay is located on the north side of the island of St. Croix, on its central coast. The bay is a large inlet with two major sections, the left fed by the Salt River.

The park property encompasses substantially all of the land abutting the bay. This area's blend of sea and land holds some of the largest remaining mangrove forests in the Virgin Islands, as well as coral reefs and a submarine canyon.

The bay was the location of a Taino village and batey (ball court) since the 1300's, until conquered by the Caribs in 1425. The Columbus landing site is located on a point at the western side of the bay. It is here that Columbus sent a longboat to shore on November 14, 1493, to explore the area and acquire fresh water and provisions.

A nearby village was occupied by Taíno people who had recently been enslaved by invading Carib forces, and Columbus' men took some of the women and children with them when they set out to return to the ship. While en route, they encountered a canoe apparently occupied by Caribs, and a brief skirmish took place, in which one of the canoe's occupants was slain and the others captured.

This was the first recorded fight by the Spanish with the New World native population, and they named the site Cabo de la Flecha (Cape of the Arrow).

The island had been abandoned by the Caribs by 1590 (possibly due either to diseases introduced by contact, Spanish massacres, or other causes), and became Spanish territory. It was taken by the English in 1641, and then the Dutch in 1642.

The Dutch built a triangular earthworks fortification called Fort Flamand (Flemish Fort) near the site, which was taken over by the French in 1650, and renamed Fort Salé (Salt Fort or du Sal Fort) after the governor. It remains the only known structure to survive from this early colonial period.

Salt River Bay Historical Park also preserves prehistoric and colonial-era archaeological sites including the only existing example of a ball court in the US Virgin Islands.

Gudmund Hatt first discovered the site in 1923. Excavations revealed petroglyphs, human sacrifice remains, zemis, and stone belts. Some of the artifacts are now in the National Museum of Denmark.

Based largely on his work conducted at Salt River, Hatt established the first prehistoric chronology for St. Croix and the Virgin Islands which has largely remained intact.

Salt River is home to one of two bioluminescent bays or bio bays on the island of St. Croix (a second bio bay can be found at Altona Lagoon). The glowing water of the Bio Bay is created by a micro-organism, the dinoflagellate Pyrodinium bahamense.

The bay is also home to other bioluminescent marine life including Ctenophora or comb-jellies and Odontosyllis phosphorea or Fireworms. Red mangrove trees surround the water.