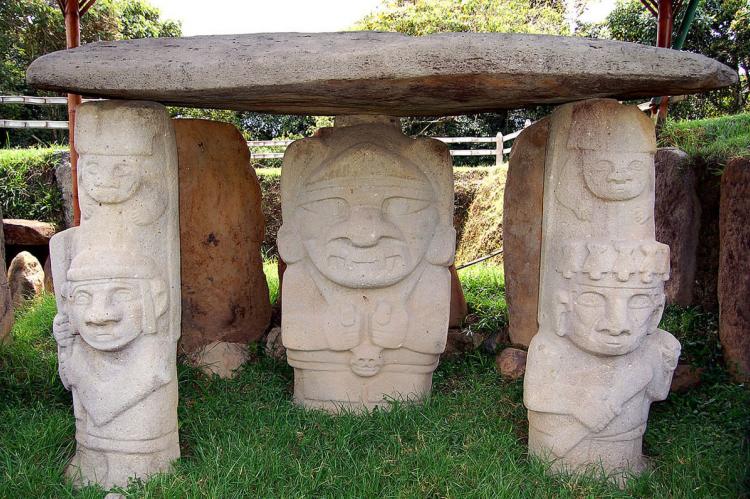 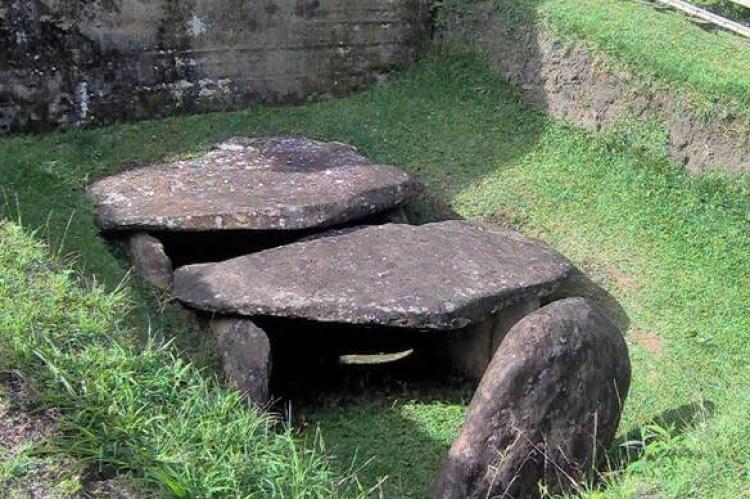 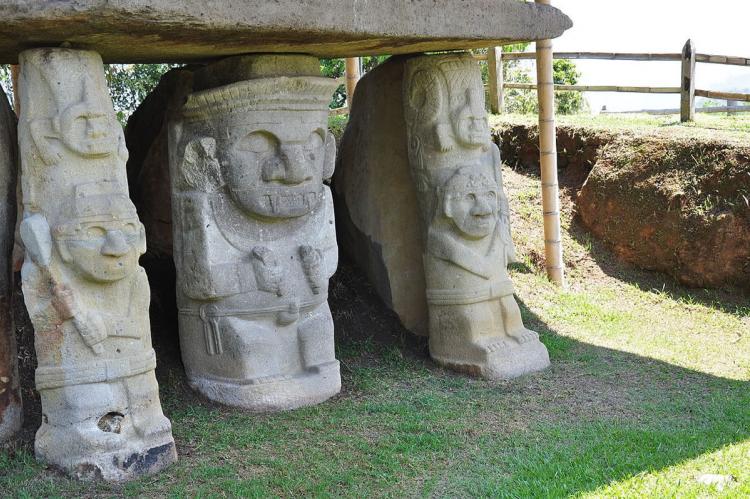 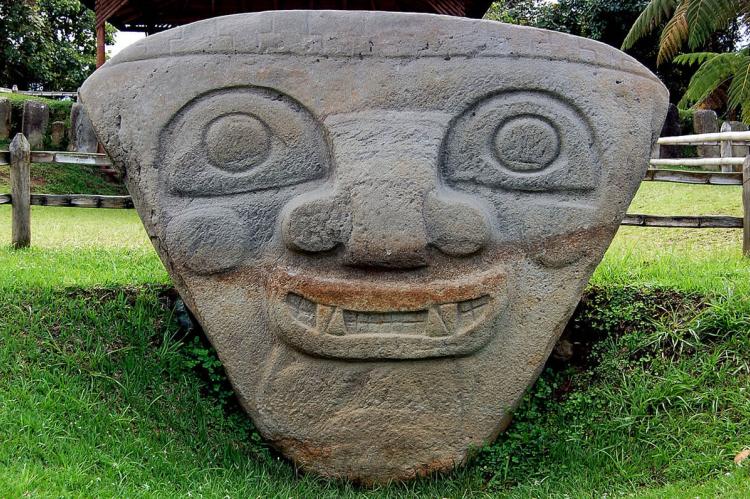 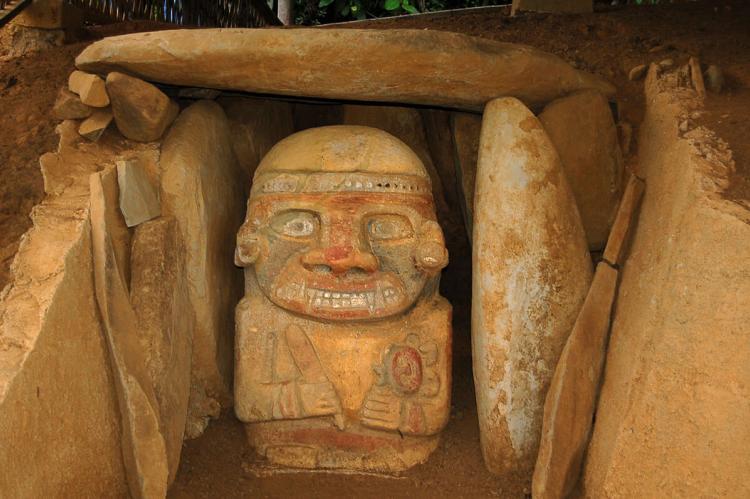 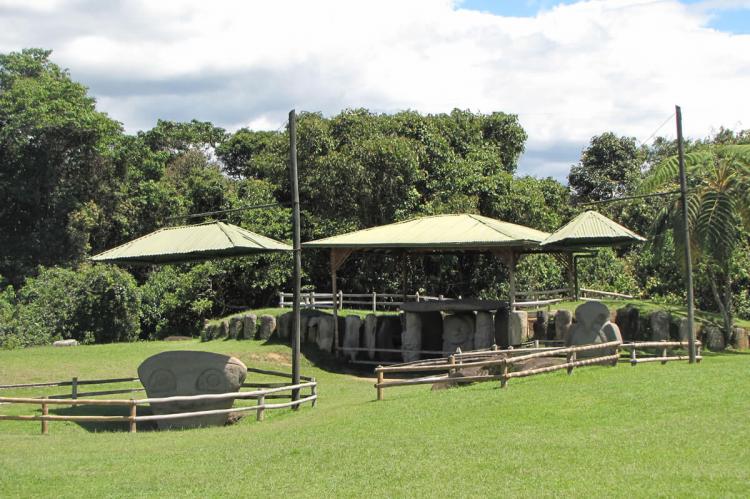 The largest group of religious monuments and megalithic sculptures in South America stands in a wild, spectacular landscape. Gods and mythical animals are skillfully represented in works of art that display the creativity and imagination of a northern Andean culture that flourished from the 1st to the 8th century.

The San Agustín Archaeological Park is at the core of the San Agustín archaeological zone, featuring the largest complex of pre-Columbian megalithic funerary monuments and statuary, burial mounds, terraces, funerary structures and stone statuary. It also contains the Fuente de Lavapatas site, a religious monument carved in the stone bed of a stream.

The ceremonial sites are at the center of settlement concentrations and contain large burial mounds connected to one another by terraces, paths, and earthen causeways.

The earthen mounds, some measuring 30 m (98 ft) in diameter, constructed during the Regional Classic period (1-900 AD) covered large stone tombs of elite individuals of the well documented chiefdom societies that developed in the region since around 1000 BC, one of the earliest complex societies in the Americas.

The tombs contain an elaborate funerary architecture of stone corridors, columns, sarcophagi and large impressive statues depicting gods or supernatural beings, an expression of the link between deceased ancestors and the supernatural power that marks the institutionalization of power in the region.

In the municipality of San Agustín the main archaeological monuments are:

The Alto de Los Idolos is on the right bank of the Magdalena River and the smaller Alto de las Piedras lies further north. Both are in the municipality of San José de Isnos. Like the main San Agustín area, they are rich in monuments of all kinds.

Much of the area is a rich archaeological landscape, with evidence of ancient tracks, field boundaries, drainage ditches and artificial platforms, as well as funerary monuments. This was a sacred land, a place of pilgrimage and ancestors worship.

These hieratic guards, some more than 4 m (13 ft) high weighing several tons, are carved in blocks of tuff and volcanic rock. They protected the funeral rooms, the monolithic sarcophagi and the burial sites.

The monuments are located at the political and demographic centers of chiefdom societies that consolidated their power through complex ceremonial activities and the production of knowledge.

San Agustín chiefdoms and the outstanding statuary of their tombs represent an exceptional trajectory of political centralization amidst a rugged environment and without the concentration of economic wealth, and as such are of great scientific and aesthetic importance.