The Sierra del Rosario Biosphere Reserve is located at the eastern part of Cuba's Guaniguanico mountain range. It protects over 100 square miles of tropical forests with evergreen and semi-deciduous environments. It was also the site of the first major coffee plantation in the New World. 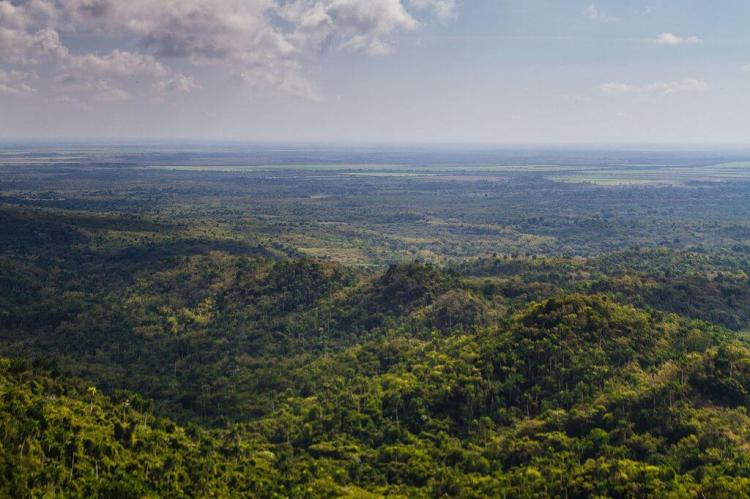 Both north and south coasts can be seen from the Biosphere Reserve. It protects a total area of 26,686 ha (65,942 acres) of tropical forests with evergreen and semi-deciduous environments.

This reserve presents a complex geological structure, with a diversity of rocks that produce unique soils, which in part determine flora endemism in the landscape. The little orchid Bletia purpurea is considered a symbol of this reserve.

Some parts of the range have exposures of Serpentine rock where, instead of forest, there is grassland and thorny xeromorphic thickets and shrublands.

The ecological field station, Sierra del Rosario, has been cleared of its natural forest cover but semidecidous forests, 'cuabales', hummocks 'mogotes' and secondary forest regeneration species exist, such as the royal palm tree and 'yagruma'.

Both national and foreign scientists are involved in research and monitoring at the Institute of Ecology and Systematic.They have improved tropical reforestation and agriculture, local ecotechnology by developing bio fertilizers containing different mixtures of mycorrhizae.

They also promote the use of non-conventional energy. There is also a strong public environmental education focus and specialized ecotourism. A very fine eco-hotel has been built in the biosphere reserve, which blends into a hillside.

The Biosphere Reserve was the site of the first major coffee plantation in the New World and there are still a few places where small self-contained farmlets exist. Shade coffee is part of the range of items grown.

There is a substantial coffee drying area at Buenavista, where the techniques and machinery from the 19th century are still remarkably well preserved.