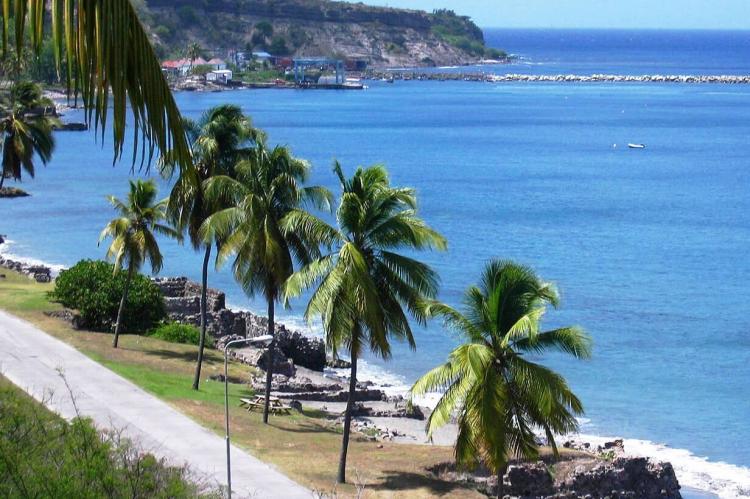 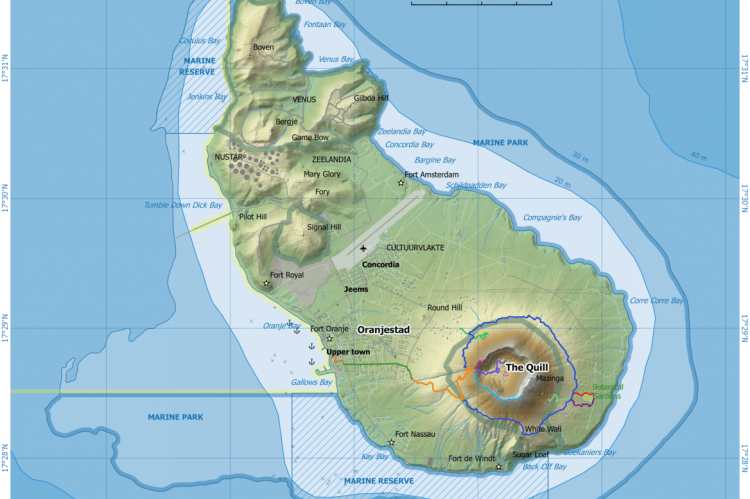 The Sint Eustatius National Marine Park encircles the entire island from the high water line to the 30 m (100 feet) depth contour. It extends up to 3 km (1.8 miles) offshore. The island of Sint Eustatius lies in the Caribbean Sea, in the northern Leeward Islands portion of the West Indies.

Within the park, in order to promote sustainable tourism, two marine reserves have been designated where fishing is prohibited and where no boats are allowed to anchor: the Northern Reserve and the Southern Reserve. Diving is allowed and dive moorings have been installed to protect the reefs.

The Sint Eustatius National Marine Park is one of the top five sites in the Caribbean for healthy coral and fish populations. In some parts of the park, coral cover reaches 50%, including some strands of rare black coral.

The reefs shelter an abundance of species, including sea horses, octopuses, lobsters, manta rays, sharks and turtles. The Leatherback, (Dermochelys coriacea), the Green Turtle (Chelonia mydas) and the Hawksbill (Eretmochelys imbricata) nest on the sandy beaches of the island.

The park also lies on the seasonal migration route of Humpback Whales (Megaptera novaeangliae), which can be spotted around Sint Eustatius from January to April.

The reefs of the Sint Eustatius National Marine Park are extremely varied in morphology, having developed on the remains of an extinct volcano (Boven area) and a dormant volcano (The Quill). Reef formations include drop off walls, volcanic 'fingers' and 'bombs' and a distinctive spur and groove zone in the Southern Reserve.

The park also includes shipwrecks that date from the 1700's as well as modern-day artificial reefs. These features, coupled with the park’s rich and unique biodiversity, provide opportunities for high quality diving experiences.

Snorkeling is also popular in the park. In Oranje Bay, snorkelers can see cannons, anchors, submerged sea walls, crumbling warehouses and the remains of old piers.