Antigua Guatemala contains living traces of Spanish culture with its principal monuments, built in the Baroque style of the 18th century, preserved today as ruins. The city was a center for the exportation of religious images and statues to the American continent and to Spain during the 17th and 18th centuries. 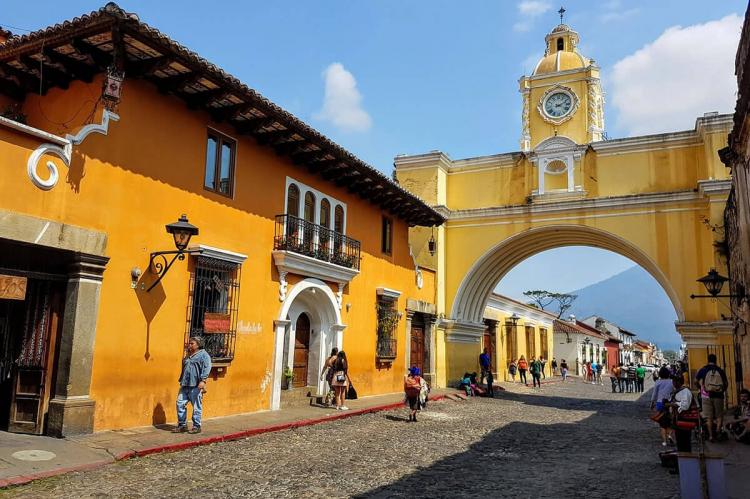 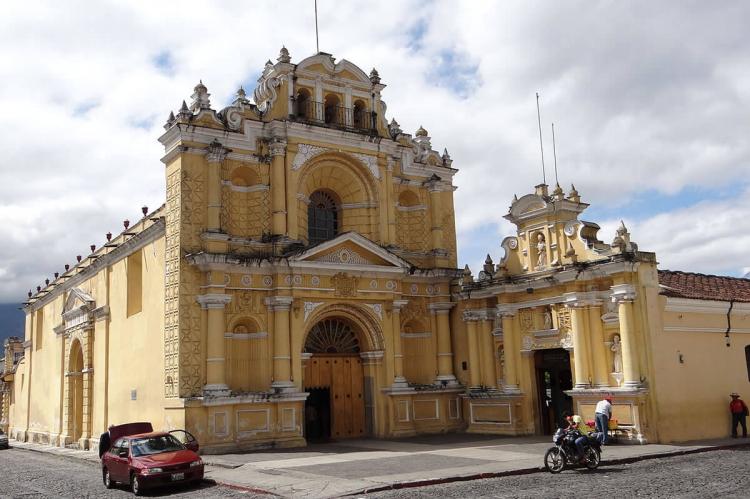 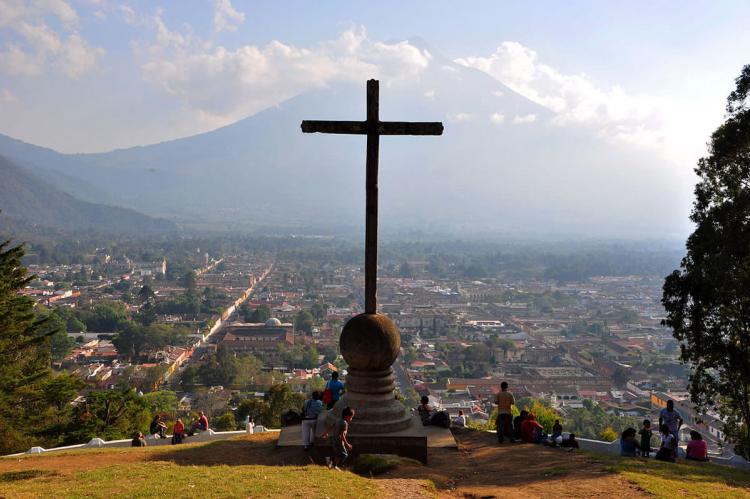 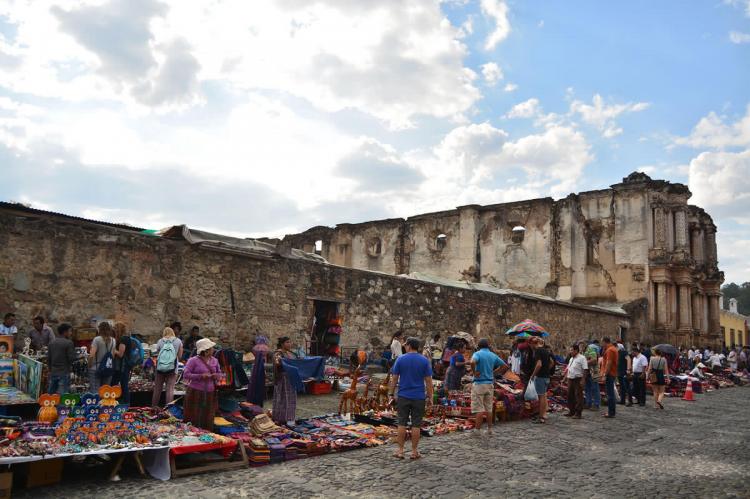 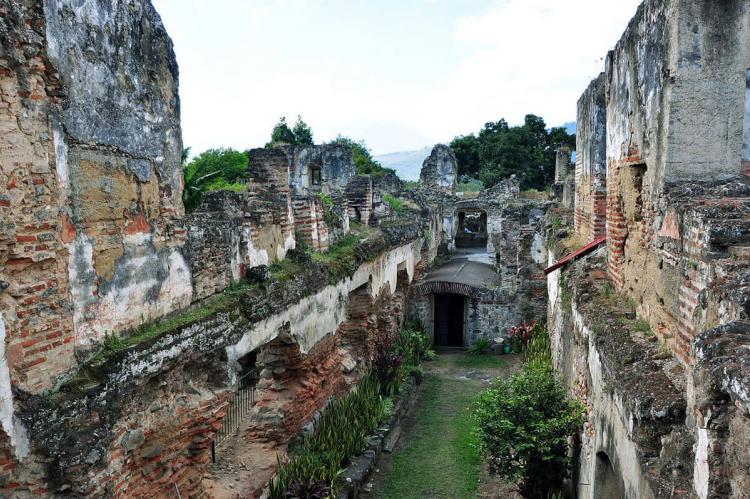 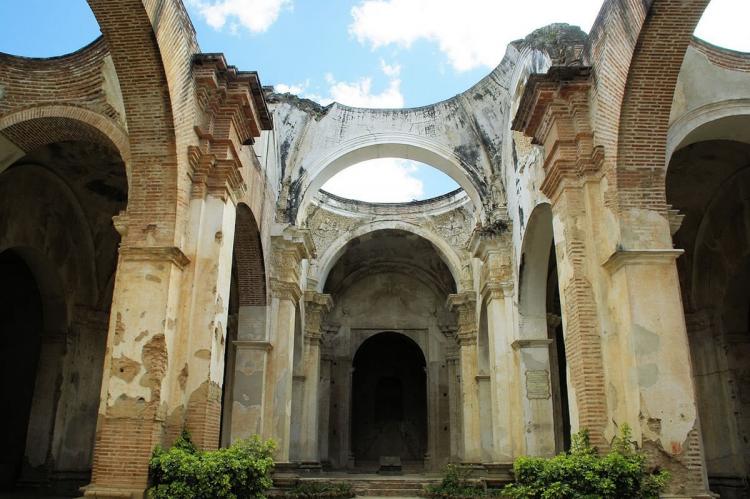 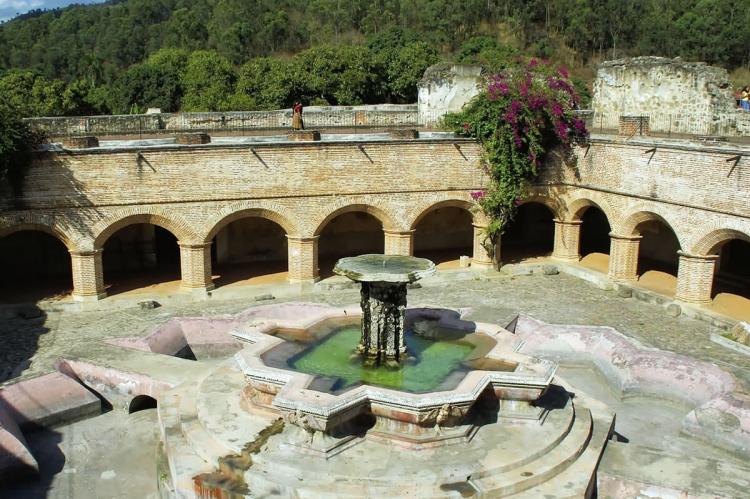 Antigua Guatemala, commonly referred to as just "Antigua" or "La Antigua," is a city in the central highlands of Guatemala. The city contains living traces of Spanish culture with its principal monuments, built in the Baroque style of the 18th century, preserved today as ruins.

Antigua Guatemala was a center for the exportation of religious images and statues to the rest of the American continent and to Spain during the 17th and 18th centuries.

Built 5,000 ft (1,500 m) above sea level in an earthquake-prone region, Antigua Guatemala, the capital of the Captaincy-General of Guatemala, was founded in 1524 as Santiago de Guatemala.

It was subsequently destroyed by fire caused by an uprising of the indigenous population, re-established in 1527 and entirely buried as a result of earthquakes and an avalanche in 1541.

The third location, in the Valley of Panchoy or Pacán, was inaugurated in March 1543 and served for 230 years. It survived natural disasters of floods, volcanic eruptions and other serious tremors until 1773 when the Santa Marta earthquake destroyed much of the town.

At this point, authorities ordered the relocation of the capital to a safer location region, which became Guatemala City, the county’s modern capital. Some residents stayed behind in the original town, however, which became referred to as "La Antigua Guatemala."

Antigua Guatemala was the cultural, economic, religious, political and educational center for the entire region until the capital was moved. The city lay mostly abandoned for almost a century until the mid-1800s when increased agricultural production, particularly coffee and grain, brought new investment to the region.

The Antigua Guatemala World Heritage site is one the earliest and outstanding examples of city planning in Latin America in which the basic grid plan, dating from 1543, has been maintained. Its religious, private and government buildings are outstanding evidences of Spanish colonial architecture in Antigua.

The pattern of straight lines established by the grid of north-south and east-west streets and inspired by the Italian Renaissance, is one of the best examples in Latin American town planning and all that remains of the 16th-century city.

Most of the surviving civil, religious, and civic buildings date from the 17th and 18th centuries and constitute magnificent examples of colonial architecture in the Americas.

Among the many significant historical buildings, the Palace of the Captains General, the Casa de la Moneda, the Cathedral, the Universidad de San Carlos, Las Capuchinas, La Merced, Santa Clara, among others, are worth noting.

These buildings reflect a regional stylistic variation known as Barroco antigueño. Distinctive characteristics of this architectural style include the use of decorative stucco for interior and exterior ornamentation, main facades with a central window niche and often a deeply-carved tympanum, massive buildings and low bell towers designed to withstand the region’s frequent earthquakes.

The many churches and monasteries in Antigua Guatemala testify to the influence of the Christian church, during the colonial period, on every aspect of daily life in the city. Barroco antigueño developed in this area, a regional adaptation of the Baroque style designed to withstand the earthquakes common in the region.