The Blue and John Crow Mountains encompass a rugged and forested mountainous region in southeast Jamaica, which provided refuge first for the indigenous Tainos fleeing slavery and then for the formerly enslaved Maroons. Also a National Park, the area is a biodiversity hotspot for the Caribbean. 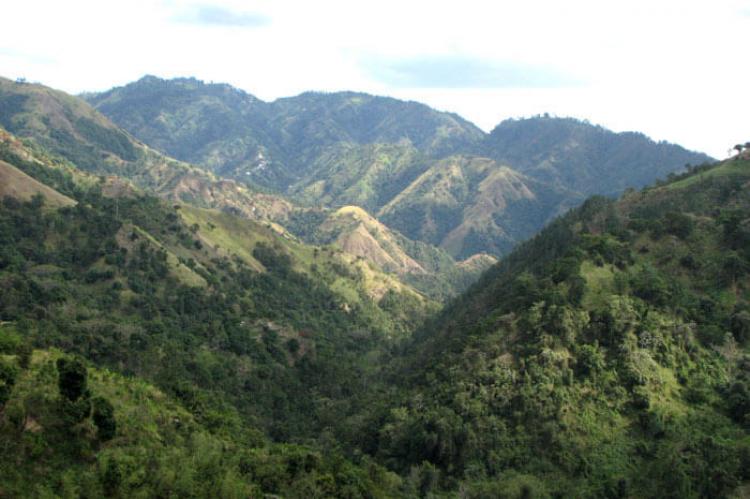 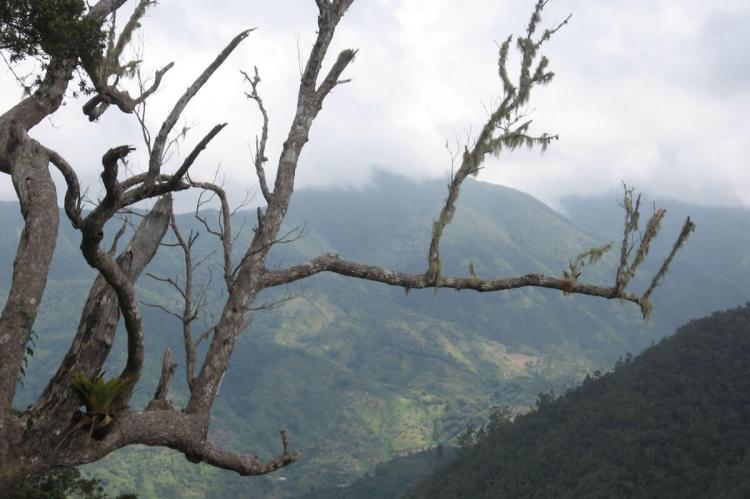 Located in the eastern part of Jamaica in the Caribbean, these two ranges cover approximately 20% of the island’s total landmass and are recognized for their biodiversity significance within the Caribbean Region.

The World Heritage Site encompasses a rugged and extensively forested mountainous region in southeast Jamaica, which provided refuge first for the indigenous Tainos fleeing slavery and then for Maroons (former enslaved peoples).

They resisted the European colonial system in this isolated region by establishing a network of trails, hiding places and settlements, which form the Nanny Town Heritage Route.

The forests offered the Maroons everything they needed for their survival. They developed strong spiritual connections with the mountains, still manifest through the intangible cultural legacy of, for example, religious rites, traditional medicine and dances.

The Blue and John Crow Mountains area is also a biodiversity hot spot for the Caribbean Islands with a high proportion of endemic plant species, especially lichens, mosses and certain flowering plants.

The Blue and John Crow Mountains property lies within the Jamaican Moist Forests Global 200 priority ecoregion, and is part of one of the 78 most irreplaceable protected areas for the conservation of the world’s amphibian, bird and mammal species. Furthermore it coincides with a Center of Plant Diversity; an Endemic Bird Area and contains two of Jamaica’s five Alliance for Zero Extinction sites.

There is an exceptionally high proportion of endemic plant and animal species found in the property, Jamaica having evolved separately from other landmasses. In addition, the property hosts a number of globally endangered species, including several frog and bird species.

The forests and their rich natural resources provided everything the Maroons needed to survive, to fight for their freedom, and to nurture their culture. Maroon communities still hold strong spiritual associations with these mountains, expressed through exceptional intangible manifestations.

The World Heritage property is legally well protected as it falls within the boundaries of the larger Blue and John Crow Mountains National Park and is aligned with the park’s Preservation Zone, providing the strictest levels of protection within the zoning system.

The Blue and John Crow Mountains National Park is located in the eastern end of the island of Jamaica. It extends over 41,198 ha (101,313 acres) and includes Jamaica’s highest point – the Blue Mountain Peak at 2,256 m (7,401 ft). The National Park represents 4.4% of Jamaica’s land surface.

The high elevation, rugged landscape and the north and south-facing slopes of the mountains have resulted in a wide variety of habitat types, with nine ecological communities, within the upper montane forest of the Blue Mountains. These include a unique Mor Ridge Forest characterized by a deep layer of acidic humus with bromeliads and endangered tree species.

Above 1,800 m (5,900 ft), the vegetation of the Blue Mountains is more stunted with some species restricted to these altitudes. Above 2,000 m (6,560 ft) the forest is known as Elfin Forest due to the stunted and gnarled appearance of the trees which are heavily coated with epiphytes including hanging mosses, ferns and tiny orchids.