The Bosque Seco Biosphere Reserve is located in southwestern Ecuador. The dry forests located within the reserve are the most extensive and best preserved in the country; however, their rarity makes them a conservation priority: 97% of dry forest ecosystems are on the verge of extinction. 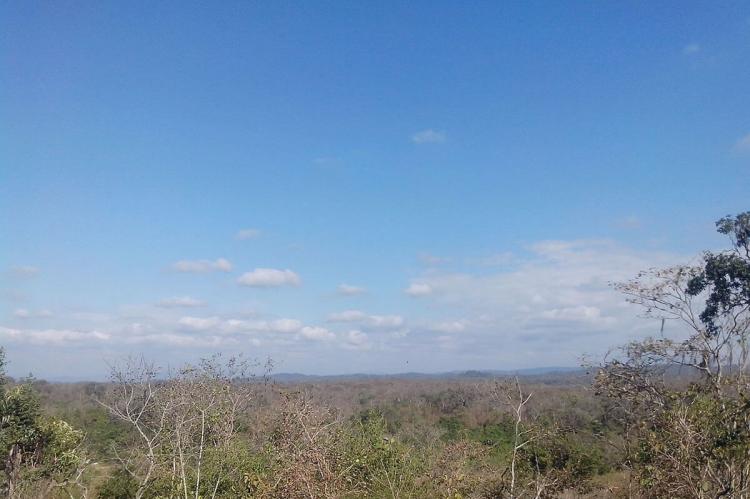 The region covered by the biosphere reserve is highly diverse in terms of relief. The higher lands such as the Palta and Celica cantons are characterized by a marked mountainous structure, while the western parts include the hills of the Pindal and Las Lajas cantons, and plains for agricultural production in Puyango, Zapotillo and Macara among others.

The biosphere reserve has three main bioclimatic zones: semi-arid, which is present mainly in the areas bordering Peru, dry sub-humid in the middle and lower parts of the Loja province, and humid to sub-humid in the higher lands.

In terms of temperature, the zones that lie above 1,200 m (3,937 ft) amsl (above mean sea level), such as the Paltas, Celica and Sozorang cantons, have a subtropical climate, while those below this level are characterized by a tropical climate.

Due to these and other characteristics, climate regulation and water provision are among the most important ecosystem services present in the biosphere reserve. In particular, the reserve ensures water regulation for the Catamayo-Chira and Puyango Tumbes binational basins.

The dry forests located within the reserve are the most extensive and best preserved in the country; however, their rarity makes them a conservation priority: 97% of dry forest ecosystems are on the verge of extinction.

Regarding the flora, the Tumbes-Piura ecoregion, which encompasses the biosphere reserve, has been defined as an exceptional phytogeographic region known as the Equatorial Pacific, and has high rates of endemism. Within the biosphere reserve area 219 species of shrubs and trees have been found of which 15 are endemic.

The area has been classified as the Tumbesino Endemism Center and forms part of the Tumbes-Chocó-Magdalena biodiversity hotspot. It also includes significant flagship species populations, such as Crocodylus acutus (the American crocodile) and Alouatta palliata (the mantled howler).

The biosphere reserve area covers eight counties in the provinces of Loja and El Oro, and is inhabited by 106,000 people distributed relatively evenly across the territory. The population within the biosphere reserve is predominantly rural and the main economic activities are livestock rearing and agriculture (coffee, corn, rice, fruit and corn).

The local flora plays an important socio-economic role since more than 90 vegetal species are used by local communities, providing them not only with food and income but also with medicinal plants.

If low productivity, educational and income levels present historical challenges for the population in this area, there are concrete examples of sustainable rural development initiatives in the Bosque Seco Biosphere Reserve.

For instance, sustainable agriculture and water management activities are carried out by organizations of local rural producers ('orillados'), which enable better use of water in agriculture in this dry region. This allows the selected crops of tubers, legumes, rhizomes and pumpkins of multiple species, which have been preserved and exchanged for decades by local communities, to be maintained as important gene banks.

The area also encompasses more than 100 heritage sites, including the Puyango Petrified Forest – the largest of its kind in the world – and the city of Catacocha, an Ecuadorian national heritage site.

Cultural attractions and exceptional ecosystems are key elements for the development of tourism, which is becoming an important source of employment and economic resources in the area. Overall, around 25,000 visitors come to the dry forests each year for touristic or business purposes.

Ecological, sportive, religious, scientific, recreational and archaeological forms of tourism attract local and foreign visitors to the biosphere reserve. However, tourists are mainly drawn by festivals in honor of the founding of the cantons, the visit to La Ceiba reserve (Zapotillo) and the Puyango Petrified Forest, and the Guayacán flowering festival.