The Central Andean dry puna ecoregion is a very dry, high elevation grassland of the southern high Andes, extending through western Bolivia and northern Chile and Argentina. Dry puna is distinguished from other types of puna by its annual rainfall, or lack thereof. 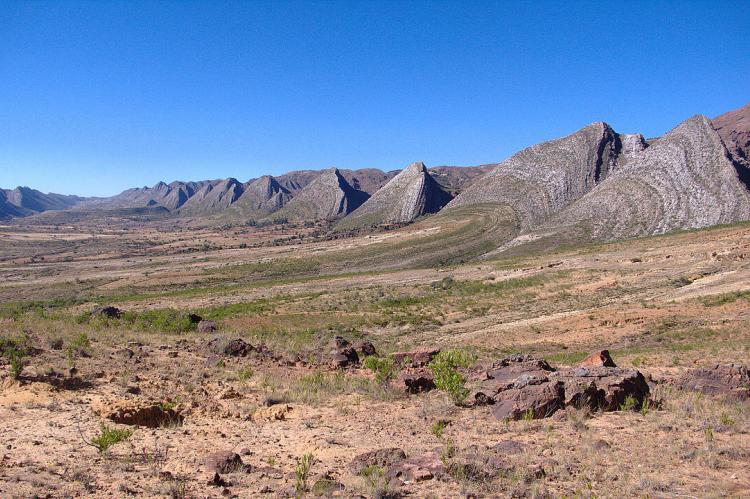 The Central Andean dry puna is a part of the Puna grassland, occupying the southwestern portion of the Altiplano and is located east of the Atacama Desert.

The vegetation is characteristically tropical alpine herbs with dwarf shrubs, and occurs above 3500 m (11,483 ft) between the tree line and the permanent snow line. Dry puna is distinguished from other types of puna by its annual rainfall, or lack thereof.

The Central Andean dry puna is a unique ecoregion with flora and fauna highly adapted to the extreme temperatures and altitudes. The region contains forests of Polylepis, the only arborescent genus that occurs naturally at high elevations. Various species of Andean camelids are also found in this region.

The ecoregion is located in the southern part of the Andean Cordillera Occidental in the countries of Argentina, Bolivia and Chile. The area encompasses snow-capped peaks, volcanoes, salt flats, lagoons and high plateaus.

The ecoregion includes the departments of La Paz, Oruro and Potosi in Bolivia; the provinces of Jujuy, Salta, Catamarca, and La Rioja in Argentina; and the provinces of Tarapaca, Antofagasta and Atacama in Chile.

The Andes were formed by large introsions of igneous rock and volcanic activity. The formation was assumed its present form in the Tertiary period approximately 50 million years ago.

This ecoregion encompasses many volcanic mountains and the high plateau to the east called the Altiplano. It is in this area that there existed an extensive inland sea, of which all that remains are the salt flats or salares, including the salares of Coipasa, Uyuni, Chalviri, Atacama and Arizaro.

Two recently discovered reptiles of the genera Liolaemus were recorded in the Eduardo Avaroa Reserve.