Located in the Pacific Ocean, off the coast of the Los Lagos Region in southern Chile, Chiloé Island is the largest island of the Chiloé Archipelago. From pastoral landscapes to iconic wooden churches, Chiloé is known for its distinctive folklore, cuisine and architecture. 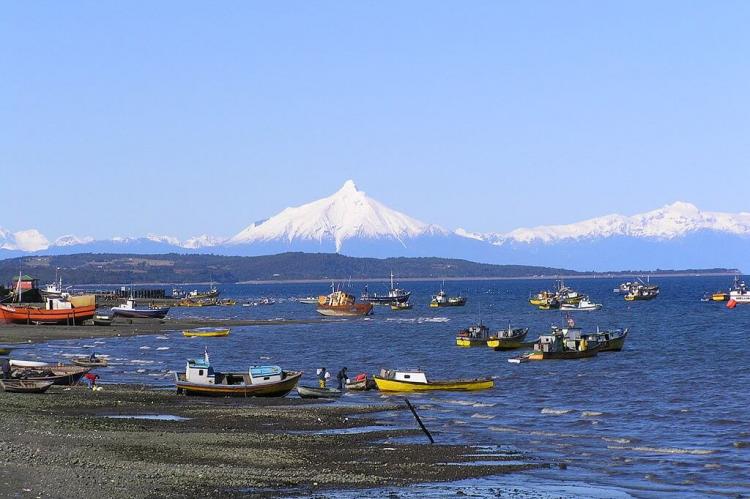 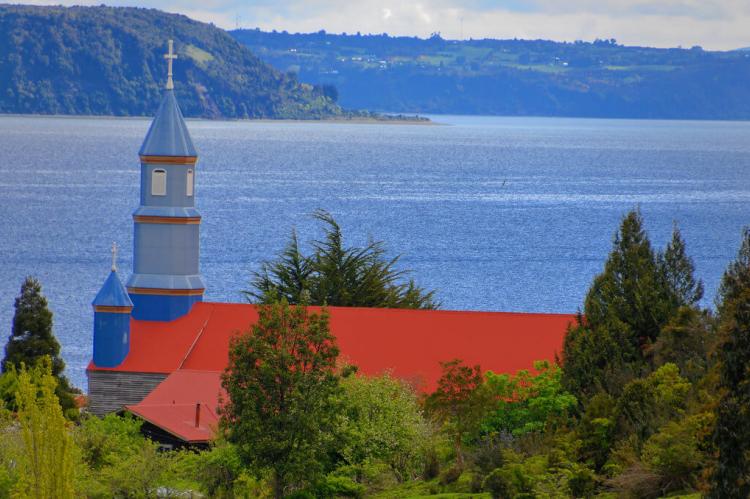 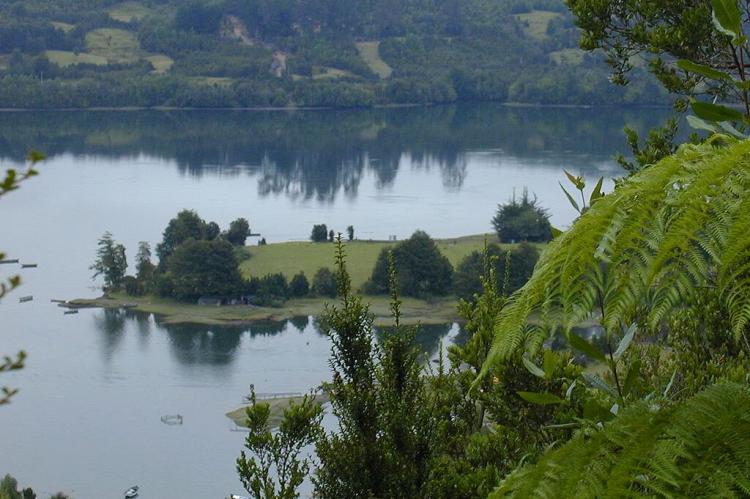 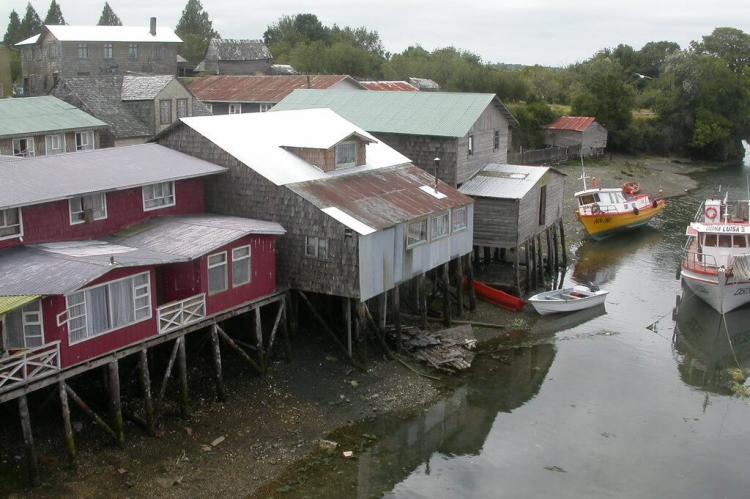 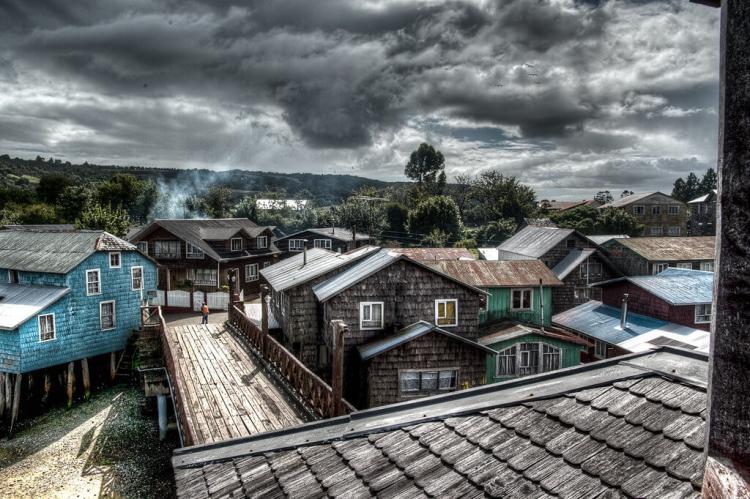 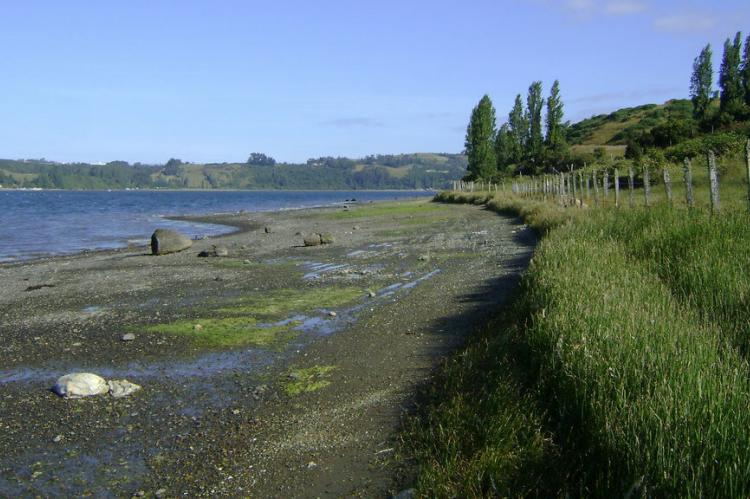 The Chiloé Archipelago (Archipiélago de Chiloé) is a group of islands lying off the coast of Chile, in the Los Lagos Region. It is separated from mainland Chile by the Chacao Channel to the north, the Sea of Chiloé to the east and the Gulf of Corcovado in the southeast.

The archipelago forms the Chiloé Province (except for the Desertores Islands in the east, which are part of Palena Province). The main island is Chiloé Island (Isla Grande de Chiloé).

Chiloé is widely known for its distinctive folklore, mythology, cuisine and unique architecture. The variety of potato which is most widely grown throughout the world is indigenous to the islands.

The archipelago may have been populated as early as 12,000 to 11,800 BC, according to archaeological discoveries in Monte Verde, located less than 50 km (31 mi) north of the main island.

Chiloé's first ethnically identifiable inhabitants are believed to be the Chonos, a seafaring nomadic people. Sometime prior to the arrival of the Spaniards, the Cuncos, a coastal people, arrived from the mainland north of Chiloé and settled on the eastern shore of the Isla Grande, practicing horticulture and fishing.

The archipelago's original vegetation is Valdivian temperate rain forest, a forest with a dense understory and a large diversity of plant species, including many mosses and ferns. The western and southern portions of the island are still largely covered by the native forest.

Before the end of the Llanquihue glaciation, the southern parts of Chiloé Island constituted open landscapes. This changed around 12,500 years ago when the climate became warmer and forests colonized the region. The upper portions of Cordillera del Piuchén, locally known as la Campaña, has a Magellanic moorland vegetation.

The native fauna include many birds, some of which are endemic to the archipelago. Among land mammals the largest are Darwin's fox (named as such because Charles Darwin was the first to collect a specimen, on Isla San Pedro, Chiloé) and the pudú, a small deer.

Marine mammals include Commerson's dolphins and South American sea lions which form colonies at rock outcrops close to the sea. Several species of whale have been sighted around the island, notably blue whales and critically endangered southern right whales.

Chiloé Island (Isla de Chiloé) is located in the Pacific Ocean, off the coast of the Los Lagos Region in southern Chile. Also known as Isla Grande de Chiloé, it is the largest island of the Chiloé Archipelago.

With an area of 8,394 sq km (3,241 sq mi), the island is the second largest in Chile (after the Isla Grande de Tierra del Fuego), the largest island completely within Chile and the fifth largest in South America.

There are several smaller port towns on the east side of the island, such as Quellón, Dalcahue and Chonchi. To the east of Chiloé Island lies the Sea of Chiloé, which contains most of the other islands in the archipelago.

The island is separated from the Chilean mainland by the 2-km-wide (1.2-mi-wide) Chacao Channel in the north. Most of the good harbors are located on the island's northern and eastern shores. The eastern shore is marked by a series of peninsulas and inlets, notably Estero de Castro where the capital, Castro, is located.

The western part of Chiloé Island, as well as the whole of Guafo Island, is hilly and covered by forests. The hills are subdivided into two north-south ranges, Piuchén and Pirulil, separated by the lakes Cucao and Huillinco. They contain the highest points in the archipelago, and do not exceed 800 m (2,600 ft). Depressions in the western forest are occupied by numerous small lakes and bogs scattered across the landscape.

Situated in an area of heavy rainfall, the densely forested island is little developed. Most of the island’s inhabitants (Chilotes) live in one of the island's port cities, Ancud or Castro (the island’s oldest city, founded 1567). Many Chilotes are engaged in agriculture (potatoes, grains), livestock raising (sheep, cattle), fishing, and lumbering.

Chilotan architecture is a unique architectural style that is mainly restricted to Chiloe Island and nearby areas. In part because of its physical isolation from the rest of Chile, and access to different materials, Chiloé has a very special architecture that differs most greatly from the typical Spanish colonial architecture.

The Spanish who arrived in the 16th century, and Jesuit missionaries who followed, constructed hundreds of small wooden churches in an attempt to bring Christianity to a pagan land; the result was a mixing of Catholicism and pagan beliefs. The use of flat wooden tiles as shingles became a staple in its architecture. Sixteen of these Churches of Chiloé still remain and have been designated a UNESCO World Heritage Site.

The cuisine of Chiloé has its origin in pre-Hispanic traditions among native Chonos and Huilliches. Typical features of Chilote cuisine include earth oven and asado barbecues. Chilote cuisine makes extensive use of fish, shellfish and potatoes of which there are plenty of varieties growing in the archipelago's different islands.

Chiloé is a center of diversity of potatoes and the origin of most cultivated potatoes outside of the Andes, belonging to subspecies Solanum tuberosum tuberosum.

Traditional cuisine includes curanto and pulmay. Curanto is a dish made from fish, clams (almejas), ribbed mussels (cholgas), giant barnacles (picorocos), meats and potatoes of Chiloé wrapped in leaves and cooked in a hole in the ground by hot stones. It can also be cooked in a pot over a bonfire becoming pulmay.

Lamb is considered the most appreciated meat and is eaten and prepared as an asado, specially around Christmas and new year.