The Cultural Triangle: Yaxhá-Nakum-Naranjo National Park is a monumental area that contains Mayan cities like Yaxhá, Nakum, Naranjo and Holmul. It is the site of the first multidisciplinary project involving archaeologists, architects, conservators, restorers, biologists and workers. 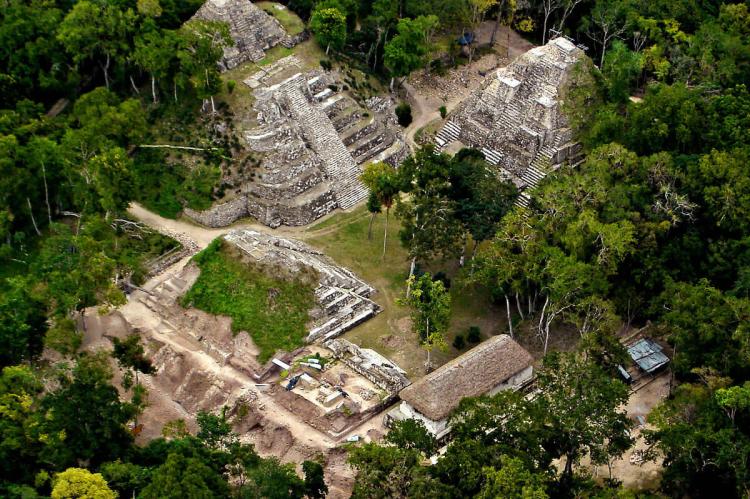 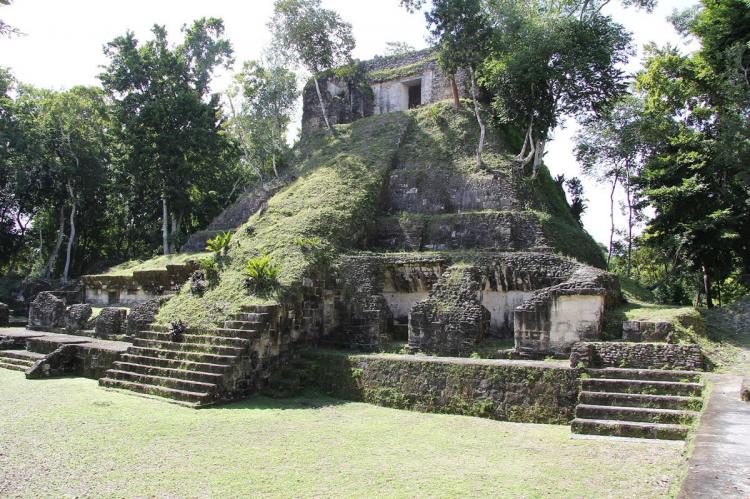 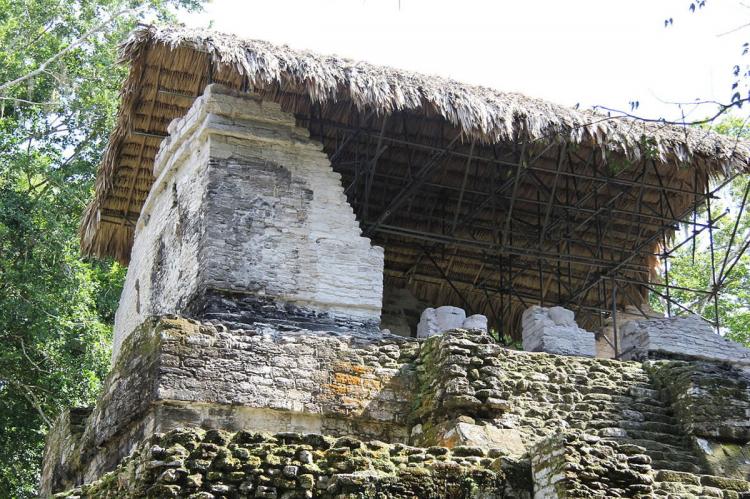 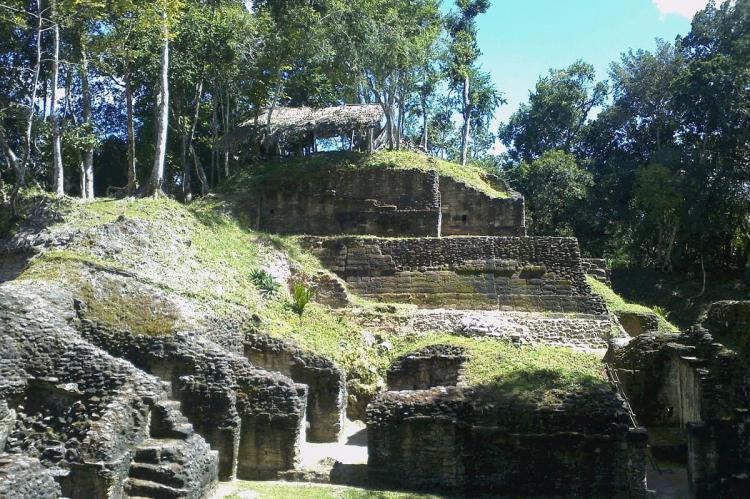 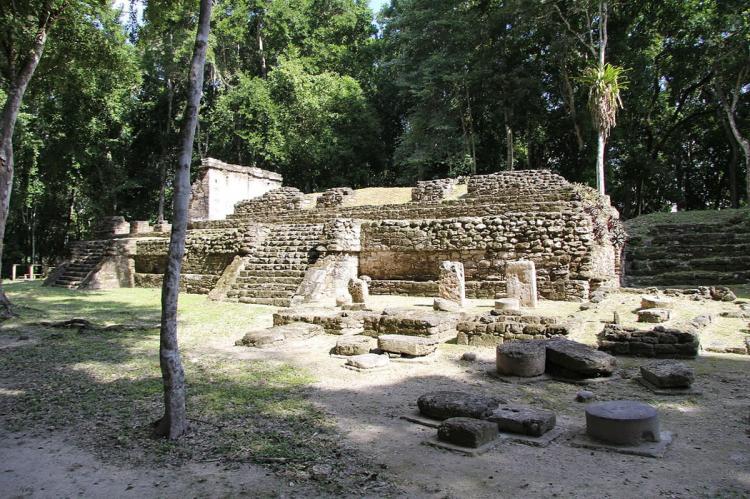 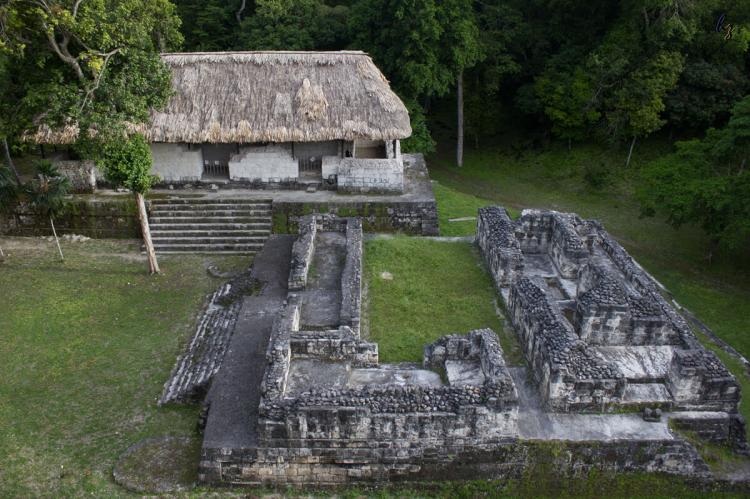 The Cultural Triangle project works in a region of 1,200 sq km (460 sq mi), including three gigantic sites and 14 sub-centers, the most populated area of the Mayan Classic.

This monumental area contains Mayan cities like Yaxhá, Nakum, Naranjo and Holmul, which were settled in strategic locations for the purpose of obtaining abundant natural resources and raw materials. These natural locations allowed for the construction of enormous squares surrounded by temples and palaces, placed in different geologic terraces.

The Cultural Triangle project, founded in 1994, started with over 300 Guatemalan workers and 12 scientists. The first work carried out was at Topoxte, an island within the lake of Yaxha. Today the island is one of the principal points of interest in the Peten and the cooperative of the project brings many tourists by boat to the island.

Yaxha, a Mayan city constructed at the shore of the lake with the same name, is the largest site in the area. Between 1994 and 2008, a multitude of important buildings were restored here.

The urban organization around the enormous sacred roads (sacbes) is distinguishable and visible again. Now it is possible to observe a variety of temples, palaces, ball-courts and observatories in various state of restoration and from the top of Temple 216 one can admire a view over the whole site, the rain forest and the lake.

In 1997 the work was amplified to the site of Nakum. This site, 18 km (11 mi) north of Yaxha, is a Mayan oasis within the dense rain forest. Furthermore it’s the site with the highest number of restored buildings after Tikal. The architecture shows strong influence from Tikal as the pyramids are very steep carrying temples and roofcombs.

As the archaeological work and the restoration at Topoxte, Yaxha and Nakum have nearly finished, in January 2009 most of the workers have been moved to the site of Naranjo. This site will be the center of future investigation to find new information about the Cultural Heritage of the Mayans and to prepare another important site for tourism.

Topoxté is a pre-Columbian Maya archaeological site in the Petén Basin in northern Guatemala. As the capital of the Kowoj Maya, it was the largest of the few Postclassic Mesoamerican sites in the area. The ruins fall within the borders of the Cultural Triangle: Yaxhá-Nakum-Naranjo National Park.

Topoxté occupies five of a cluster of six islands at the western end of Lake Yaxhá in the municipality of Melchor de Mencos and in the eastern part of the Guatemalan department of Petén. Due to the extreme fluctuations of the water level of the lake, these islands can sometimes become landlocked.

Archaeological investigations have revealed that the site was occupied from the Middle Preclassic right through to the Late Postclassic.

Obsidian from the Ixtepeque source started to be used from the Terminal Classic on and is used as a diagnostic marker for dating finds to the later periods of occupation at the site, when Ixtepeque became the principal source of obsidian for Topoxte and the wider Maya lowlands.

The site was abandoned at the end of the Classic period (ca. 900) and reoccupied during the Postclassic at approximately 1100. After being inhabited for a further three and a half centuries it may finally have been abandoned around 1450.

Yaxhá is a Mesoamerican archaeological site in the northeast of the Petén Basin region in the modern-day department of Petén in northern Guatemala. Yaxhá is situated on the north sore of Lake Yaxhá. The ruins fall within the borders of the Cultural Triangle: Yaxhá-Nakum-Naranjo National Park.

A former ceremonial center and city of the pre-Columbian Maya civilization, Yaxhá was the third largest city in the region and experienced its maximum power during the Early Classic period (c. AD 250–600).

The city was located on a ridge overlooking Lake Yaxhá. The name of the city derives from the Mayan for "blue-green water." It is a notable survival of a Classic period place-name into the modern day.

The Yaxhá kingdom is estimated to have covered an area of 237 sq km (92 sq mi) and to have had a peak population of 42,000 in the Late Classic period of Mesoamerican chronology.

Yaxhá had a long history of occupation with the first settlement being founded sometime in the Middle Preclassic period (c. 1000-350 BC). It developed into the largest city in the eastern Petén lakes region during the Late Preclassic (c. 350 BC - AD 250) and expanded into an enormous city during the Early Classic (c. AD 250–600).

At this time, in common with other sites in Petén, it shows strong influence from the distant metropolis of Teotihuacan in the Valley of Mexico. It was eclipsed during the Late Classic (c. AD 600-900) by neighboring Naranjo but was never completely dominated. The city survived well into the Terminal Classic (c. 800-900) but was abandoned by the Postclassic period (c. 900-1525).

The ruins of the city were first reported by Teoberto Maler who visited them in 1904. The site was mapped in the 1930's and again in the 1970s and stabilization work began in the late 1980's.

The ruins include the remains of more than 500 structures with a number of major archaeological groups linked by causeways. Approximately 40 Maya stelae have been discovered at the site, about half of which feature sculpture.

Nakum is a Mesoamerican archaelogical site located in the Petén Basin region of Guatemala. Nakum is one of the sites that form the Cultural Triangle: Yaxhá-Nakum-Naranjo National Park. It features an abundance of restored architecture and the roof comb of the main temple structure is one of the best preserved outside of Tikal.

This city has evidence of occupation dating from the Middle Preclassic period of Mesoamerican chronology. For the most part of the Classic period, Nakum appeared to be subordinate to Tikal.

Nakum particularly flourished during the Late Classic (c. 8th century-10th century), due to its strategic situation north of Holmul river which was an important trade and communication route during this era. All the visible architecture belongs to this period.

The site today known as Nakum was re-discovered in 1905 by Maurice Perigny. Since then several archaeological and restorative expeditions have been conducted at the site, including an official restoration by Guatemalan authorities which commenced in 1990.

Naranjo is a Pre-Columbian Maya city which lies along the Mopan and Holmul rivers in the Petén Basin region of Guatemala and is about 50 km (31 mi) east of the site of Tikal. The archaeological site is part of the Cultural Triangle: Yaxhá-Nakum-Naranjo National Park.

The site was first mapped and photographed by Teoberto Maler in 1905, who was sent by The Peabody Museum of Harvard University. In 1908 Maler excavated the hieroglyphic stairway from structure B-18, parts of which are now housed in the British Museum in London. In the 1910's, further investigations of the site were made by Sylvanus G. Morley and Oliver Ricketson.

The area of Naranjo covers at least 8 sq km (3 sq mi) with the urban center covering about 2.25 sq km (.87 sq mi). There are currently 389 recorded buildings in the central area and over 900 around the center.

The epicenter consists of six triadic complexes, two ball courts, two palace compounds, and one E-group. C-9 is the largest triadic complex in the city. Structure C-9 is the complexes main pyramid, and the largest at the site. Because it occupies the top of a natural hill with a cave located inside, it is a perfect place to be categorized as a 'sacred mountain'.

In 2013, a building from about 600 AD was found at nearby Holmul with a giant stucco frieze showing a central ruler and two flanking ones in repose. The frieze is very well preserved. Below it runs a long inscription from which it appears that the construction was commissioned by Aj Wosal of Naranjo.

At the time, Naranjo was subordinated to the Kaanul dynasty of Dzibanche and Calakmul. Naranjo's downfall may have been the result of political turmoil and a severe drought dated to 810 AD.

Naranjo has been the victim of severe looting. By the 1920s, many of the ancient sculptures had already disappeared. The problem worsened in the 1960s, when many of the site's large sculptures were smashed into fragments by looters in order to sneak them out of the country.

In 1972-1973, 19 stela were removed from Naranjo by the Department of Prehispanic Monuments of the IDAEH to be protected from looters. From 1997 to 2001 the site was controlled by looters.

From 2002 to 2004, a project was undertaken to evaluate the extent of the looting which found about 270 tunnels and trenches. A conservation project by the Ministry of Culture and Sport began in 2002. In 2006 Naranjo was added to the World Monuments Watch.