Easter Island lies at the southeasternmost point of the Polynesian Triangle in Oceania. It is most famous for its nearly 1,000 surviving monumental statues, called moai, created by the early Rapa Nui people. Rapa Nui National Park is a protected Chilean wildlife area located within Easter Island. 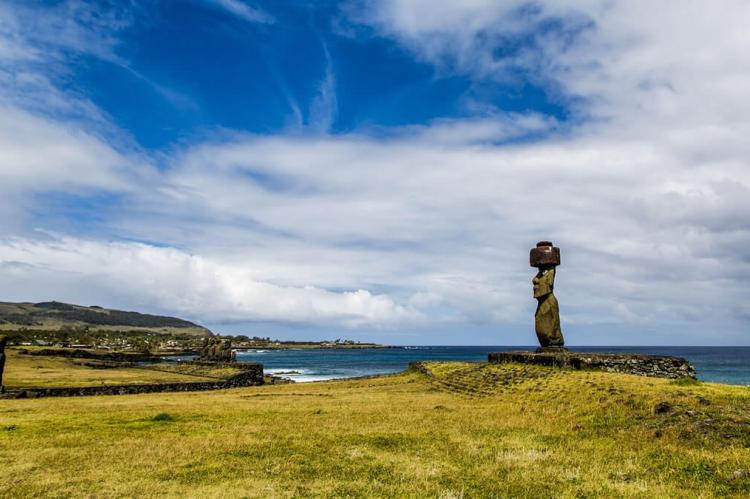 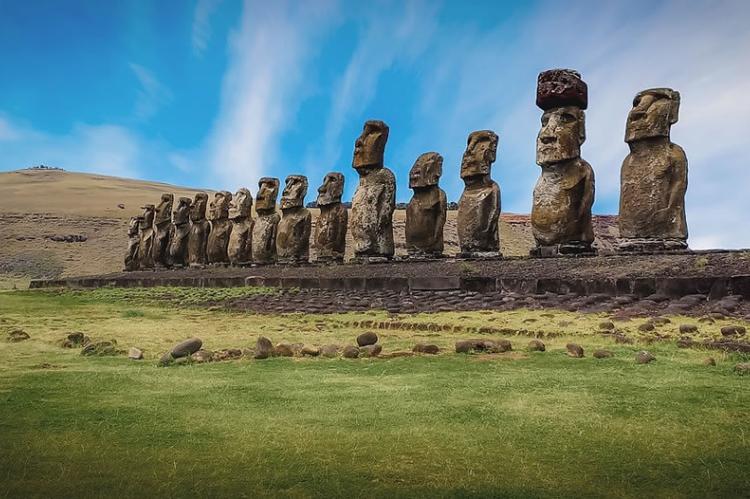 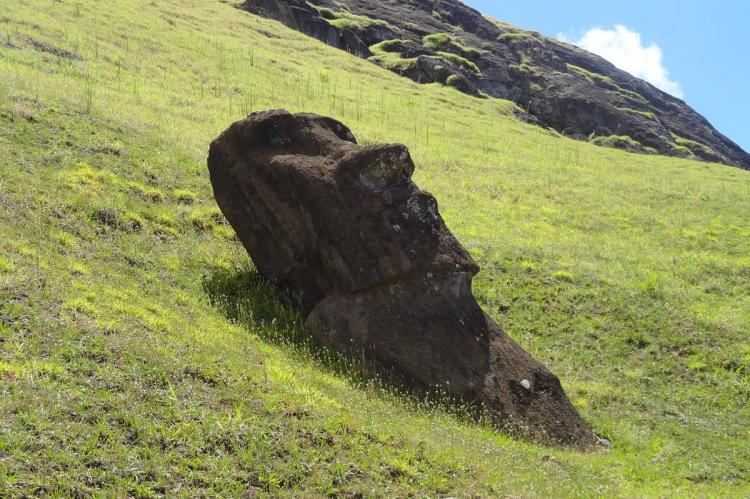 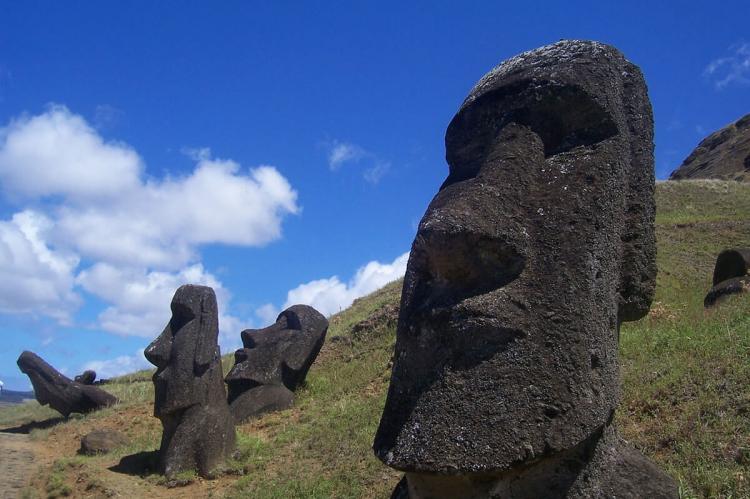 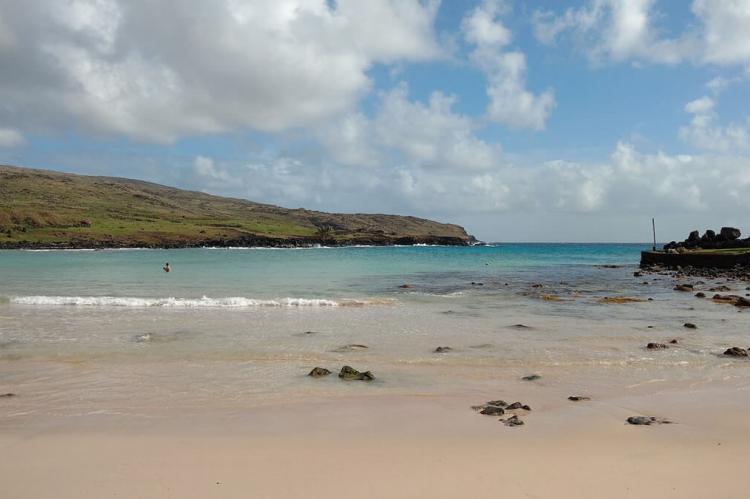 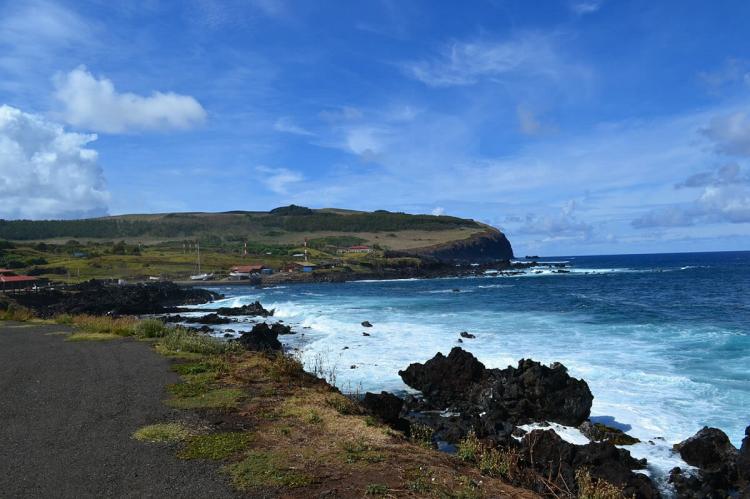 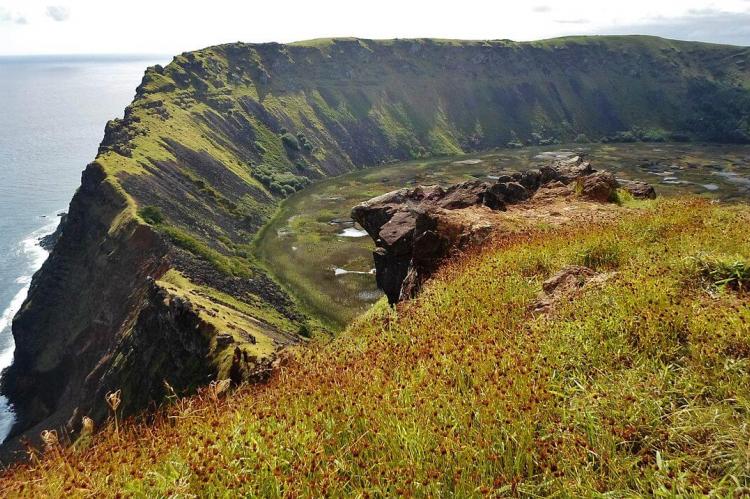 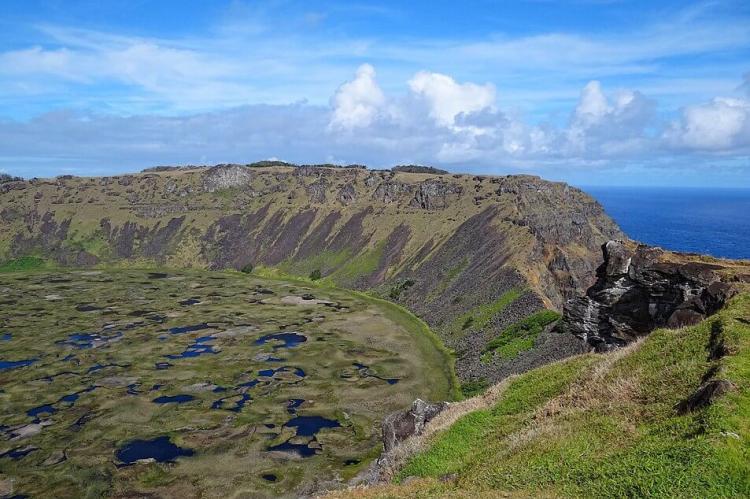 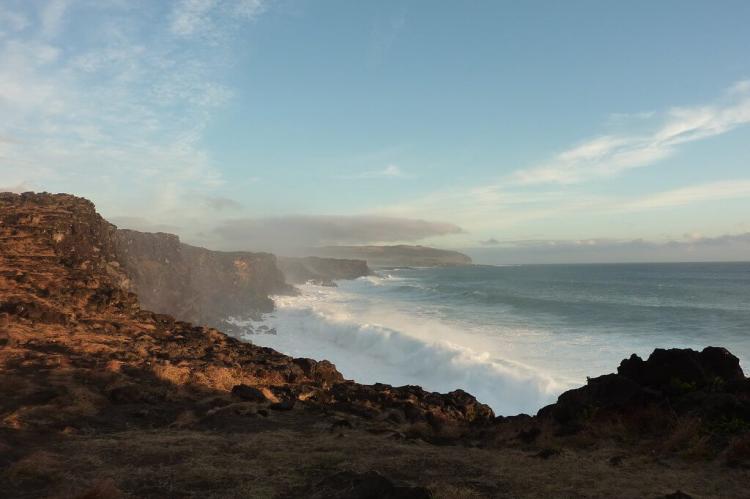 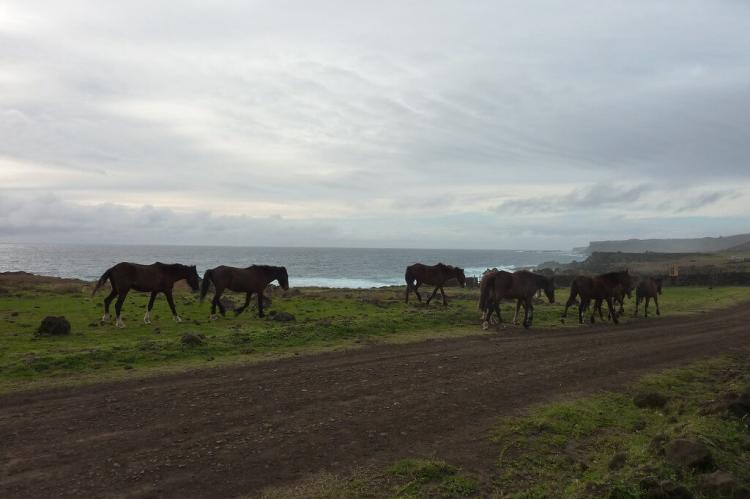 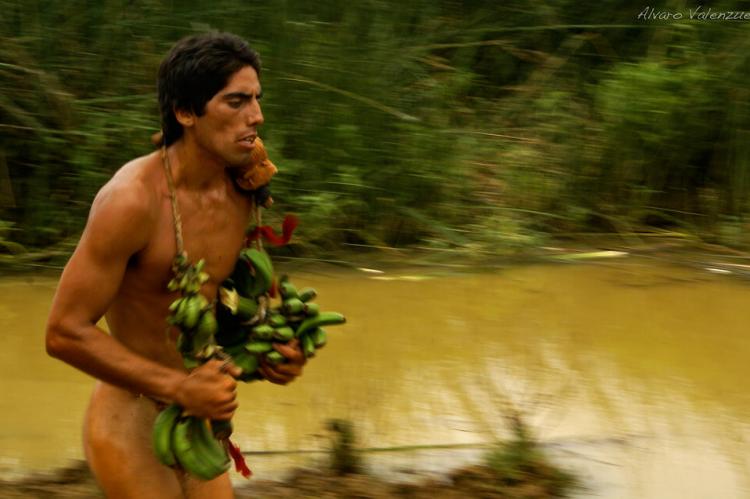 Easter Island (Rapa Nui) is an island and special territory of Chile in the southeastern Pacific Ocean. It lies at the southeasternmost point of the Polynesian Triangle in Oceania. It is most famous for its nearly 1,000 surviving monumental statues, called moai, created by the early Rapa Nui people.

It is believed that Easter Island's Polynesian inhabitants arrived on Easter Island sometime near 1200 AD. They created a thriving and industrious culture, as evidenced by the island's numerous enormous stone moai and other artifacts. However, land clearing for cultivation and the introduction of the Polynesian rat led to gradual deforestation.

The current Polynesian name of the island, Rapa Nui ("Big Rapa"), was coined after the slave raids of the early 1860's and refers to the island's topographic resemblance to the island of Rapa in the Bass Islands of the Austral Islands group.

By the time of European arrival in 1722, the island's human population was estimated to be between 2,000 - 3,000. European diseases, Peruvian slave raiding expeditions in the 1860's and emigration to other islands, such as Tahiti, further depleted the population, reducing it to a low of 111 native inhabitants in 1877.

Easter Island is one of the most remote inhabited islands in the world. The nearest inhabited land (around 50 residents in 2013) is Pitcairn Island. The nearest town with a population over 500 is Rikitea, on the island of Mangareva. The nearest continental point lies in central Chile, 3,512 km (2,182 mi) away.

Chile annexed Easter Island in 1888. In 1966, the Rapa Nui people were granted Chilean citizenship. In 2007, the island gained the constitutional status of "special territory". Administratively, it belongs to the Valparaíso Region. The 2017 Chilean census registered 7,750 people on the island, of whom 3,512 (45%) considered themselves Rapa Nui.

The Tapati Festival is the most important cultural and sporting event that is celebrated on Easter Island. It takes place every year during the first half of February. The "Tapati Rapa Nui," which was born more than 40 years ago and had its origins in the ancient "spring festivities" that were celebrated in Chile, has been transformed over time to become a tribute to the ancestral traditions of the Rapanui people.

With much of Easter Island protected within Rapa Nui National Park, UNESCO named it a World Heritage Site in 1995.

Rapa Nui National Park is a protected Chilean wildlife area located in Easter Island, which concentrates the legacy of the Rapa Nui culture. The park is now under the administrative control of the Ma´u Henua Polynesian Indigenous Community, which is the first autonomous institute on the island.

The indigenous Rapa Nui people have regained authority over their ancestral lands and are in charge of the management, preservation and protection of their patrimony. On the first of December 2017, the government of Chile returned ancestral lands in the form of the park to the indigenous people. For the first time in history, the revenue generated by the National Park is invested in the island and used to conserve the natural heritage.

The island was colonized toward the end of the first millennium of the Christian era by a small group of settlers from Eastern Polynesia, whose culture manifested itself between the eleventh and seventeenth centuries in great works such as the ahu (ceremonial platforms) and carved moai (colossal statues) representing ancestors.

Rapa Nui National Park's most prominent attributes are the archaeological sites. It is estimated that there are about 900 statues, more than 300 ceremonial platforms and thousands of structures related to agriculture, funeral rites, housing and production, and other types of activities.

Prominent among the archaeological pieces are the moai that range in height from 6 to 65 ft (2 m to 20 m) and are for the most part carved from the yellow–brown lava tuff, using simple picks (toki) made from hard basalt and then lowered down the slopes into previously dug holes.

The ahu vary considerably in size and form; the most colossal is the Ahu Tongariki, with its 15 moai. There are certain constant features, notably a raised rectangular platform of large worked stones filled with rubble, a ramp often paved with rounded beach pebbles, and leveled area in front of the platform.

Also extremely valuable are the rock art sites (pictographs and petroglyphs), which include a large variety of styles, techniques and motifs. Other archaeological sites are the caves, which also contain rock art.

There is also a village of ceremonial nature named Orongo which stands out because of its location and architecture. While it has not attracted as much attention, the housing and productive structures are of extreme interest.

Orongo is a stone village and ceremonial center at the southwestern tip of Easter Island. It consists of a collection of low, sod-covered, windowless, round-walled buildings with even lower doors positioned on the high south-westerly tip of the large volcanic caldera called Rano Kau.

The original cult of the ancestor was replaced by the cult of the man-bird, which has as exceptional testimony the ceremonial village of Orongo, located at the Rano Kau volcano.

Fifty-four semi-subterranean stone houses with elliptical floor plans complement this sacred place, profusely decorated with petroglyphs alluding to both the man-bird and fertility. This cult would see its end in the middle of the nineteenth century.

Below Orongo, on one side, a 300 m (985 ft barren cliff face drops down to the ocean; on the other, a more gentle but still very steep grassy slope leads down to a freshwater marsh inside the high caldera.

According to some studies, the depletion of natural resources had brought about an ecological crisis and the decline of the ancient Rapa Nui society by the 16th century, which led to decline and to the spiritual transformation in which these megalithic monuments were destroyed.

Colonization, the introduction of livestock, the confinement of the original inhabitants to smaller areas, the dramatic effect of foreign diseases and above all, slavery, reduced the population of Rapa Nui to little more than a hundred.

Currently, the island is inhabited by descendants of the ancient Rapa Nui as well as immigrants from diverse backgrounds, accounting for a significant mixed population.

As the island was isolated, there are a number of endemic species of animals and plants. The park is under IUCN Management Category II in southeastern Polynesia.

Its biogeographic and ecological history has undergone a sea change from what existed in the ancient days when there were palm trees and a broad leaf forest.

Before the Polynesians settled here in the 4th century, the island had an extensive forest cover of trees, shrubs, ferns, and grasses. The island is now almost completely grass-covered with only a few ornamental trees and shrubs scattered over the island.

Of the 150 recorded plant species, 45 are endemic. However, the island is largely covered by grass with three endemic species.

In ancient times the only species of tree found here was Sophora toromiro which is now extinct on the island; it is a species related to the Chilean palm, Jubaea chilensis.

In the steppe areas of the island, the vegetation consists mostly of species of Stipa and Nassella. Other species recorded are of introduced varieties. Among the shrubs, the hau hau (Triumfetta semitriloba) is still present but Coprosoma spp., is not seen on the island.

The wood of the now extinct Jubaea palm was used to make devices for transporting the huge stone moai statues. It has been established by carbon dating that this species of tree existed on the island till the 17th century.

Triumfetta semitriloba which was considered an extinct species on the island was located in 1988. According to a recent report (1991), apart from 166 introduced species of plants, 46 indigenous plant species including nine endemic species have been recorded.

The island's only mammals are rodents and carnivorans. The reptiles recorded are three species of marine turtles and two terrestrial lizards, Lepidodactylus lugubris and Ablepharus boutoui poecilopleurus.

Four bird species - three terrestrial and one marine - are found on the island. These are: Fregata nubor, red-tailed tropicbird (Phaethon rubricauda), and Kermadec petrel.