The Gran Pajatén Biosphere Reserve is nestled between the Andes and Amazon plains and comprises a diversity of natural habitats, notably dry forests and Yungas. It has a rich cultural and historical heritage, linked to 40 archaeological sites dating from the pre-Columbian era. 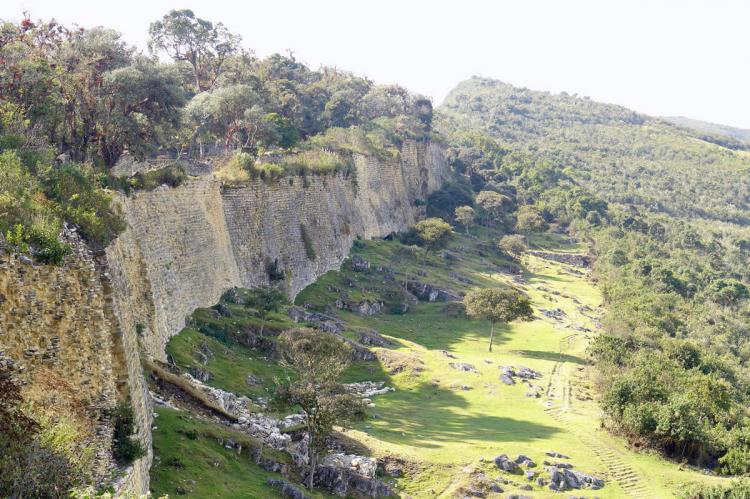 The Gran Pajatén Biosphere Reserve is nestled between the Andes Mountains and Amazon plains. Its territory covers 2,509,699 ha (6,201,600 acres) and comprises a diversity of natural habitats.

Notable habitats include dry forests and Yungas: tropical valleys along the eastern slope of the Andes, characterized by a rainy, humid and warm climate.

While the reserve reaches a maximum height of 4,650 m (15,250 ft) above sea level, it nevertheless contains important gold mines and rich water resources, due to the presence of 150 lagoons that originate from glaciers.

Located in the Central Cordillera, the Gran Pajatén Biosphere Reserve is characterized by high altitudes and a pristine ecosystem. It incorporates the Río Abiseo National Park, which is inscribed on UNESCO’s World Heritage List.

The site is home to fauna and flora of rain forests characteristic of this region of the Andes, and has a high level of endemism. It is the only place on earth where the yellow-tailed woolly monkey, previously thought extinct, is to be found.

The Gran Pajatén Biosphere Reserve comprises around 5,000 flora species of which 174 are Pteridophyta. The forests contain an abundance of Polylepis Multifuga, endemic in Peru, and Andean palm trees.

In addition, the Gran Pajatén Biosphere Reserve is home to 903 animal species of which 27 are endemic. These include 181 mammal species, 409 bird species, 30 amphibian species, 14 fish species and 253 invertebrate species.

An assessment undertaken by the biosphere reserve also found threats to other species including the jaguar (Pantera onca), the spectacled bear (Tremarctos ornatus) and the taruca (Hippocamelus antisensis), a deer species native to South America.

Gran Pajatén also lends its name to an archaeological site in the Andean cloud forests of Peru, which provides a window into pre-Inca society. More than 170,000 people live in the biosphere reserve, whose main economic activities are agriculture (cacao, coffee), livestock and mining.

The Gran Pajatén Biosphere Reserve has a rich cultural and historical heritage linked to 40 archaeological sites dating from the pre-Columbian era. The reserve takes its name from one of the most important Pre-Columbian sites in Peru, the Gran Pajatén fortress, located at 2,850 m (9,350 ft) above sea level.

Another site of importance is the Kuelap fortress, situated 3,000 m (9,840 ft) above sea level, and dating back to 800 AD. Many of these historical sites were built by the Chachapoyas or the Inca.

The majority of inhabitants of the Biosphere Reserve live in rural towns, particularly in the transition areas. However, small rural communities also inhabit the northern and western zones. The mother tongue of the entire population is Castilian Spanish.

The majority of inhabitants earn their livelihoods as producers of cocoa, coffee, corn, sacha peanut or rice, among others. In addition, the western part of the biosphere reserve is characterized by mineral resources and comprises towns of up to 3,000 inhabitants linked to the