The Hispaniolan pine forests are found on the island of Hispaniola in the Greater Antilles. This ecoregion is today, mainly in mountainous areas of the Cordillera Central and the Sierra de Bahoruco as well as other small patches in both countries. 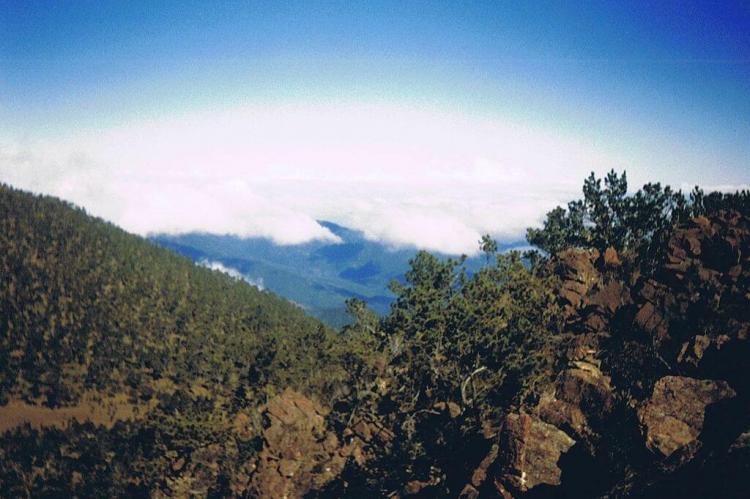 The Hispaniolan pine forests are found on the island of Hispaniola in the Greater Antilles. The ecoregion is located primarily in the central Dominican mountain range and then continue onto the northern massif of Haiti.

This ecoregion is today, mainly in mountainous areas of the Cordillera Central and the Sierra de Bahoruco as well as other small patches in both countries. This includes several locations on the La Selle and La Hotte massifs as well as the Tiburón peninsula in Haiti.

The conservation status of these forests is vulnerable, due to the limited original habitat that remains and threats due to grazing, the gathering of firewood, fires set by man and other factors. It is estimated that more than half of the original habitat of this ecoregion has been lost.

The pine forests of Hispaniola contain various endemic species of plants and animals, including numerous specialist species in limestone and serpentine soils that are among those listed in the Global 200 ecoregions that have been assigned the highest conservation priority.

The land fauna of this ecoregion is diverse with numerous species that are in danger of becoming extinct. There is a great variety of insects and other invertebrates as well as reptiles, amphibians and mammals endemic to the island. The most notable endemic mammal of Hispanolia Island is the Hispaniolan Hutia (Plagiodontia aedium).

The natural vegetation of the region consists primarily of stands of pino criollo (Pinus occidentalis). Pines are mixed with other conifers, including sabina (Juniperus gracilior) and Podocarpus aristulatus (syn. P. buchii).

Below 2,100 m (6,900 ft), pine forests are found on lateritic soils and are interspersed with areas of wet montane forest.

Important broad-leaved species are Garrya fadyenii and Vaccinium cubense near Constanza and the Sierra de Bahoruco, Rapanea ferruginea near Jarabacoa and San José de las Matas, and Buddleja domingensis along the Cordillera Central.