Salar de Uyuni is an arid windswept salt flat in southwestern Bolivia. It is considered one of the most remarkable vistas on earth and is a major breeding ground for several species of flamingos. Isla Incahuasi is a former island situated in the middle of the Salar. 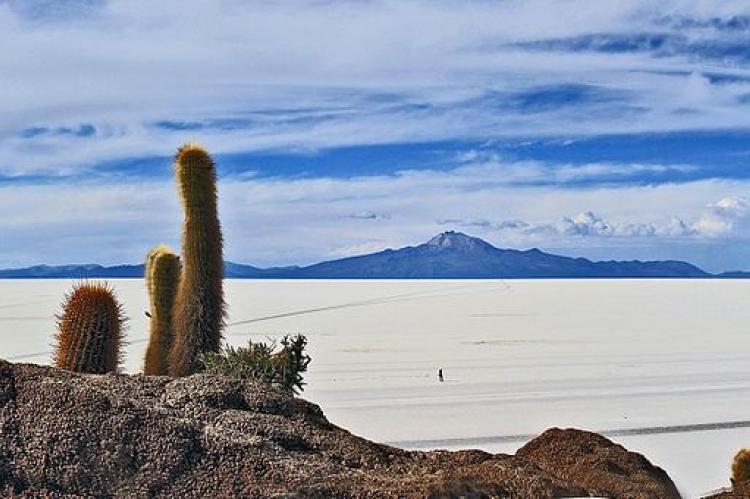 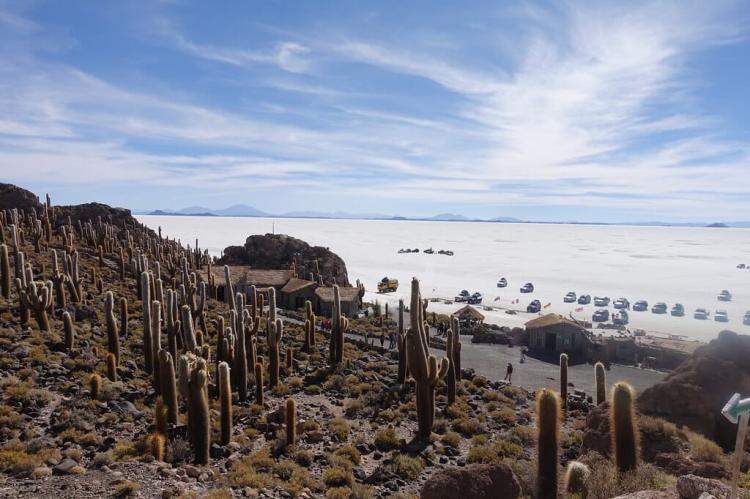 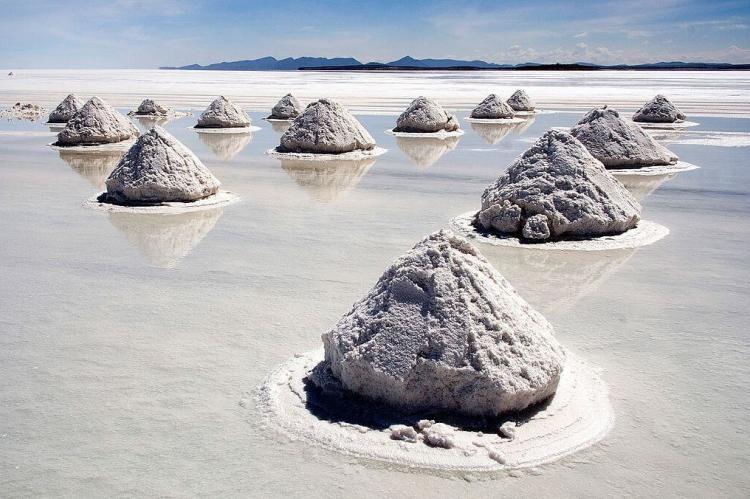 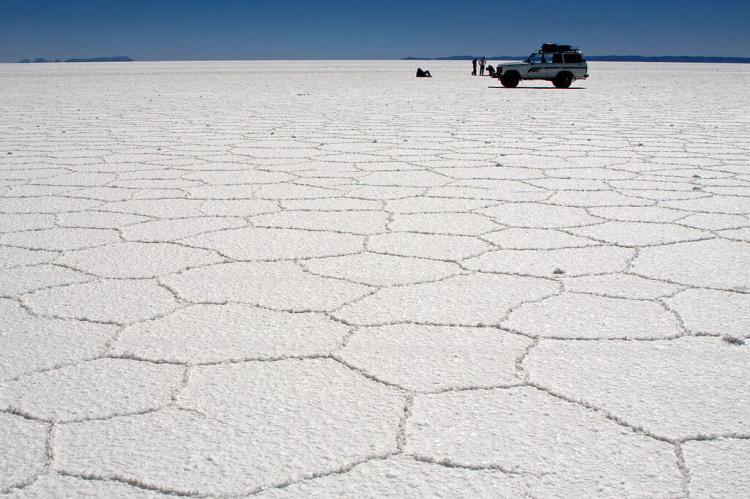 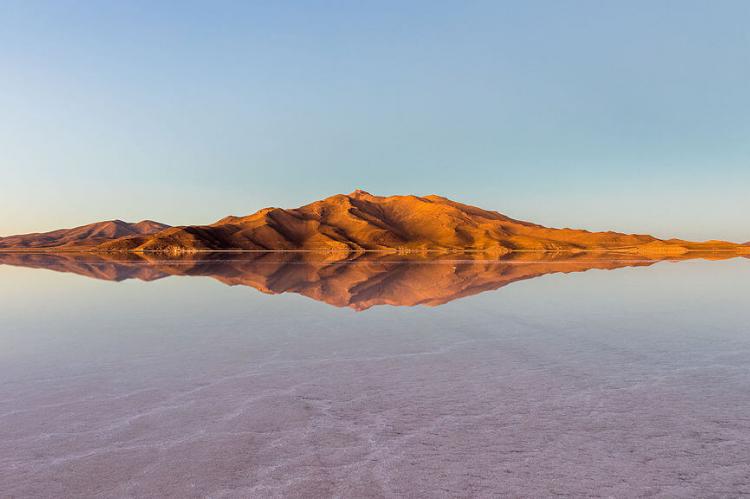 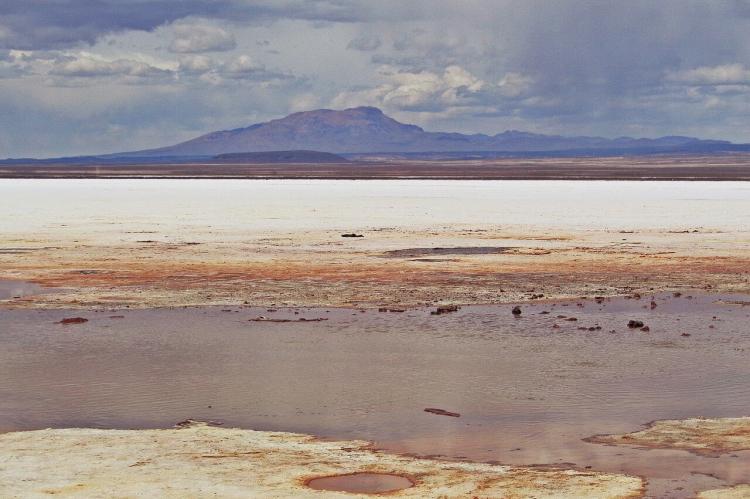 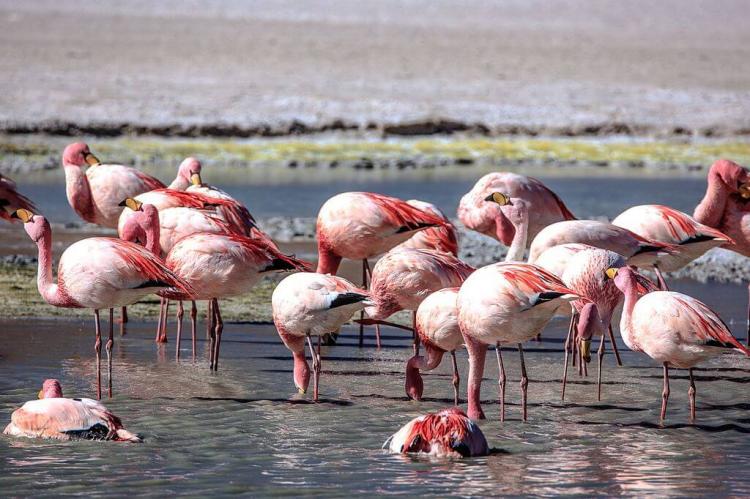 Salar de Uyuni, a windswept salt flat in southwestern Bolivia, is considered one of the most extreme and remarkable vistas on earth. At over 10,000 sq km (4,000 sq mi), Salar de Uyuni is the world's largest salt flat. Bordered by the Cordillera Occidental, it lies at an elevation of 3,656 m (11,995 ft) asl.

Often referred to as the "Bolivian Salt Flats," Salar de Uyuni is actually a high plateau located at the crux of Bolivia, Chile and Argentina. The plateau was formed during the uplift of the Andes Mountains. It includes fresh and saltwater lakes as well as salt flats and is surrounded by mountains with no drainage outlets.

Part of the Altiplano, Salar de Uyuni serves as the major transport route across the Bolivian Altiplano and is a major breeding ground for several species of flamingos. At certain times of the year, nearby lakes overflow and a thin layer of water transforms the flats into a stunning reflection of the sky.

Salar de Uyuni was formed as a result of transformations between several prehistoric lakes. It is covered by a salt crust, which has an extraordinary flatness with the average elevation variations within 1 m (3.3 ft) over the entire area of the Salar.

The Salar's crust serves as a source of salt and covers a pool of brine, which is exceptionally rich in lithium. It contains 50% to 70% of the world's known lithium reserves.

Salar de Uyuni is also a climatological transitional zone since the towering tropical cumulus congestus and cumulonimbus incus clouds that form in the eastern part of the salt flat during the summer cannot permeate beyond its drier western edges, near the Chilean border and the Atacama Desert.

Salar de Uyuni is virtually devoid of any wildlife or vegetation. The latter is dominated by giant cacti (Echinopsis atacamensis pasacana, Echinopsis tarijensis, etc.). They grow at a rate of about 1 cm/a to a height of about 12 m.

Other shrubs include Pilaya, which is used by locals to cure catarrh, and Thola (Baccharis dracunculifolia), which is burned as a fuel. Also present are quinoa plants and queñua bushes.

Isla Incahuasi, "House of the Inca" in the native language of Quechua, is a hilly and rocky outcrop of land and former island, situated in the middle of Salar de Uyuni, at an elevation of 3,656 m (11,995 ft).

It is located at the top of remains from an ancient volcano, which was submerged when the area was part of a giant prehistoric lake, roughly 40,000 years ago.

Isla Incahuasi has a total area of about 24 ha (60 acres) and hosts gigantic cacti (Trichocereus pasacana) as well as a tourist center. There are unusual and fragile coral-like structures and deposits that often consist of fossils and algae.