The Antigua Naval Dockyard (also known as Nelson's Dockyard) and its related facilities were built at English Harbour, at a time when European nations were battling for supremacy of the seas, to obtain control over the lucrative sugar producing islands of the Eastern Caribbean. 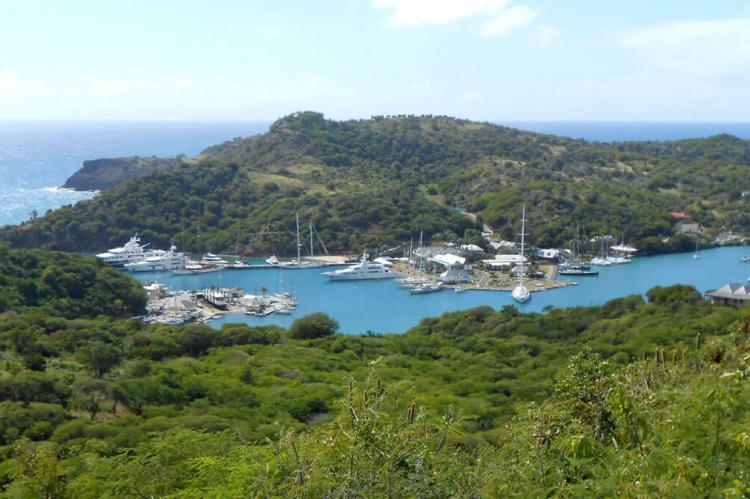 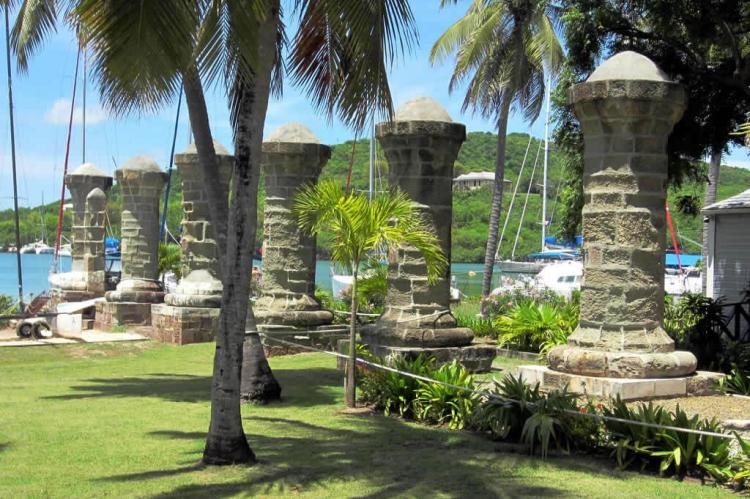 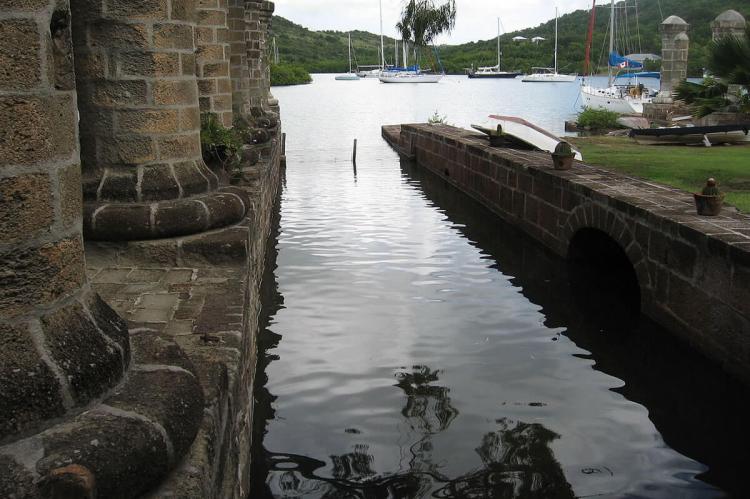 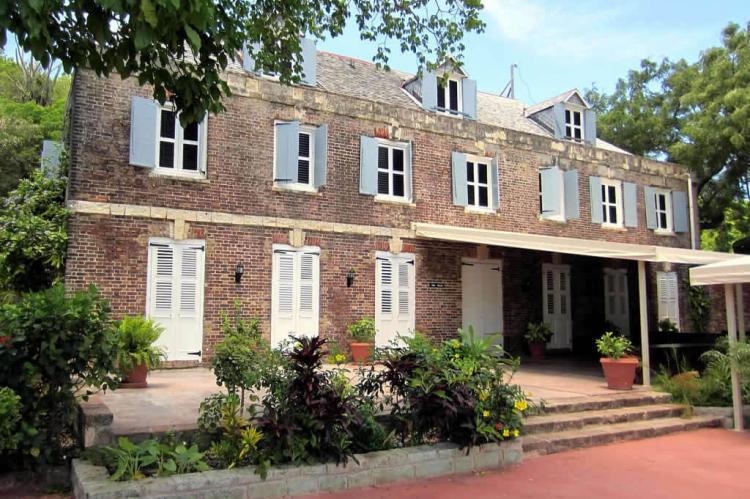 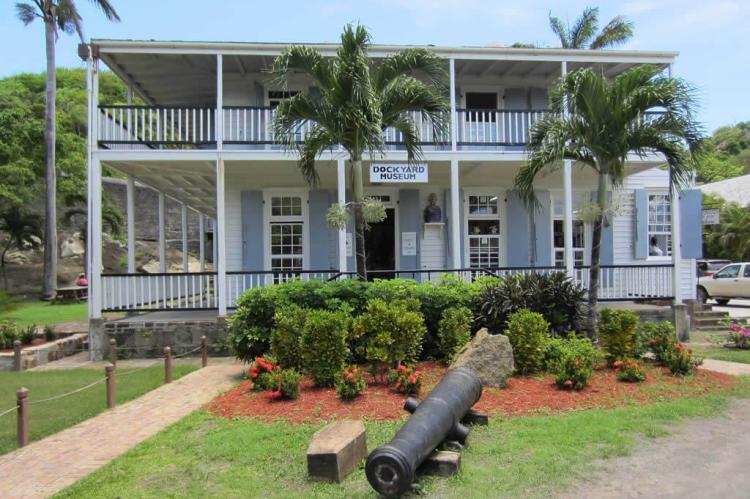 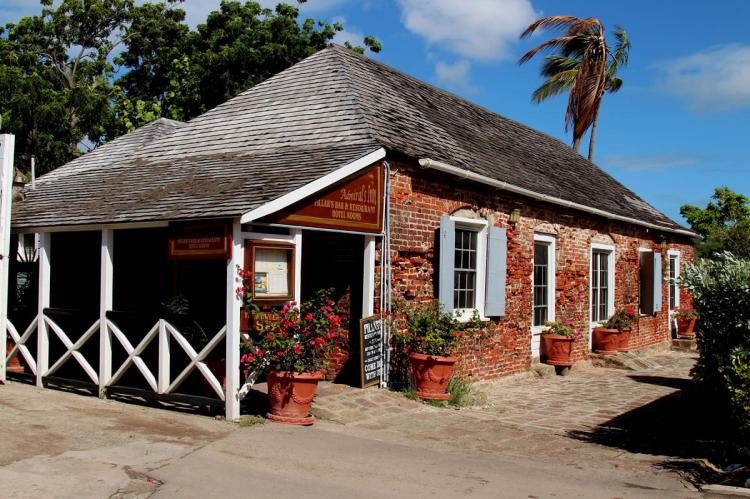 Antigua Naval Dockyard and Related Archaeological Sites is a World Heritage property that consists of a group of Georgian Naval structures, set within a walled enclosure, on a naturally occurring series of deep narrow bays surrounded by highlands. It is here that defensive fortifications were constructed.

The Antigua Naval Dockyard (also known as Nelson's Dockyard) and its related facilities were built at English Harbour, a time when European nations were battling for supremacy of the seas, to obtain control over the lucrative sugar producing islands of the Eastern Caribbean.

Antigua’s location as a front-line naval dockyard facility gave the British navy a strategic advantage over its rivals at a crucial point in history.

The construction and operation of the Antigua Naval Dockyard were made possible through the labor and skills of enslaved Africans, whose contribution was crucial for the establishment of the facility and, more widely, for the development of the British Empire, trade and industrialization.

The dockyard and its related sites have been protected as Nelson's Dockyard National Park since 1984, managed by the National Parks Authority (NPA).

English Harbour is a natural harbor and settlement on the island of Antigua, in the extreme south of the island.The site consists of a group of Georgian-style naval buildings and structures, set within a walled enclosure.

The settlement takes its name from the nearby harbor in which the Royal Navy established its base of operations for the area during the eighteenth century.

English Harbour is best known for Nelson's Dockyard, a former British Navy base; it displays restored 18th and 19th-century buildings and other historical artifacts from the colonial period of the dockyard, especially the time it was commanded by Horatio Nelson.

The Royal Navy had begun using English Harbour as a safe haven in the 17th century. In 1704 Fort Berkeley was built on a spit across the harbor entrance to defend it.

The Antigua Legislature assigned English Harbour to the King for naval use in 1725 and included adjoining land in 1729. By 1745, the harbor was fortified.

Governor Shirley drew up plans in 1782 to fortify the high ground to the east. Construction of Shirley Heights began in 1788 and proceeded until 1793.

Fort Shirley was garrisoned by the 86th Regiment in the 1830's, replaced by 180 soldiers of the 36th Foot in 1833. The garrison was abandoned in 1854, making the harbor defenseless.

The Royal Mail Steam Packet Company used the harbor as a port of call from 1840 onward. After 1815 the dockyard decreased in importance.

Nelson's Dockyard was the former naval dockyard for the British Navy in the Leeward Islands of the Eastern Caribbean. It was established in English Harbour in the late 1720's and closed as a military installation in 1895.

The natural environment of this side of the island of Antigua, with its deep, narrow bays surrounded by highlands, offered shelter from hurricanes and was ideal for repairing ships. Its aim was to protect the interests of sugar cane planters at a time when European powers were competing for control of the Eastern Caribbean.

Construction of the modern Naval Dockyard began in the 1740's. Enslaved laborers from plantations in the vicinity were sent to work on the dockyard. The construction of the dockyard by the British navy would not have been possible without the labor of generations of enslaved Africans since the end of the 18th century.

Between 1773 and 1778 additional construction was undertaken. Many of the buildings in the Dockyard today were constructed during a building program undertaken between 1785 and 1794.

By the end of the Napoleonic Wars a substantial complex of facilities had been developed at English Harbour. In addition to the twin Dockyards, the harbor accommodated a Victualling Yard, an Ordnance Yard (where the Gunpowder House Hotel now stands) and a Royal Naval Hospital.

The Commissioner (the senior Navy Board official at the Dockyard) resided at Clarence House, on a hillside overlooking the bay.

For the next fifty years the old naval dockyard was used by Antiguan seamen and boat builders from the village of English Harbour as a careenage and repair facility for their wooden sloops and schooners that traded and provided inter-island transportation. It was also used as a training facility for the West Indian soldiers prior to overseas service during both World Wars.

By the 1850's the eastern yard was being used as a coal store and the western yard was described as being in poor repair. Nevertheless the yards remained open, finally closing in 1889.

Sixty years later, the first moves were made toward preserving what became known as Nelson's Dockyard. Today it flourishes as a yachting center as well as a historic monument. Much of the surrounding area is part of Nelson's Dockyard National Park.